@Background Pony #03FF
Setting aside for a moment the baldfaced lie that I ever "called you a nazi", it continues to be hilarious the way you keep trying to dishonestly mischaracterize "pointed at openly racist, fascist, and xenophobic policies and compared them to the racist, fascist, and xenophobic policies of the Nazis" as "CALLS LITERALLY EVERY SINGLE PERSON WITH A DIFFERENT OPINION A NAZI!!1!".

A great many Republican policies are demonstrably fascist, because fascism is a corrupt business elite colluding to operate a government for their own business profit, and you know that, regardless of whatever weirdly specific gerrymandered personal definition you use for ~le fascism~ that lets you pretend it either only applies to IRL supervillains of the past or only applies to your political opponents but not to your political besties. Corrupt business elite Democrats doing the same thing doesn't change that. And no, I'm not actually any more interested in hearing your weirdly specific gerrymandered personal definition for fascism than I was in hearing your weirdly specific gerrymandered personal definition of socialism.

Posted 2 years ago Report
Edited 2 years ago because: Still LOLing at anyone who hides behind the Anonymous button
Link Quote Reply
Background Pony #086C
@mathprofbrony
That's exactly my point, and yes, the GOP did a grave disservice in "de-demonizing" socialism by using it as a slur against things that are not actually socialism. If you'll notice, I provided the correct definition of socialism.

My point is that when people like @TexasUberAlles call Republican policies "fascist" and call people he disagrees with "nazis", it's the same thing. In another conversation, he called me a nazi, and when I responded how ridiculous that is, he said, "I’m not insulting you, just describing you."

So I responded to him with @Background Pony #03FF — copy-pasting what he said and just replacing "fascism" with "socialism" — to hold up a mirror to him.

See bud, words are supposed to mean things. I know you really really want to identify the American left with socialism, and socialism with communism, and therefore Rosa Parks is actually Stalin in blackface and a dress, but that is not how words work.

Here is how words actually work: Goppers have been insisting for decades that Social Security, Medicare, the Interstate Highway System, public education, and public transit are socialism and socialism is bad, therefore these things are bad. Among people who know what socialism is, this has had no effect, because they know it is wrong. Among people who are less familiar with socialism, however, i.e. mostly young people who enjoy things like schools and working subways, the effect of this campaign has been "These things are good, and I am being told they are socialism. Therefore socialism must be good."

(Fun fact: the greatest thing I've ever been told at a meeting of my county Democratic Party was "I know Communists, mister, and you are no Communist!")

@Background Pony #03FF
LOL if you want people to take you seriously you'll need to cram less garbage into the bag, because there's more to unpack there than I'm gonna bother with.
Posted 2 years ago Report
Link Quote Reply
Background Pony #086C
@TexasUberAlles
I’ve always found it fascinating the way so many vocal proponents of left-wing ideology’s socialism feel compelled to spend so much time indignantly insisting that they somehow aren’t socialists; it’s like they expect people to listen to them without actually hearing what they’re saying.

I hope I've made my point, unless you're actually an "abolish capitalism" DSA socialist, in which case you are an extremist and advocator of an inherently tyrannical and consistently genocidal ideology, from the USSR (U​nion of S​oviet Socialist R​epublics) to the Socialist State of North Korea.

PS: If you find yourself indignantly insisting that somehow you aren't a socialist, I'll take that as proof of your guilt the same way you do for apparently everyone you deem a racist/bigot/nazi/homophobe.

I've always found it fascinating the way so many vocal proponents of right wing ideology's racism and sexism and nationalism and fascism and queerhating feel compelled to spend so much time indignantly insisting that they somehow aren't racist or sexist or nationalist or fascist or queerhaters or even right wing at all; it's like they expect people to listen to them without actually hearing what they're saying.
Posted 2 years ago Report
Link Quote Reply

Pubilq Phirm
@Background Pony #7AB6
What an intelligent freethinker (who just so happens to have the exact same thots as me)!
Posted 2 years ago Report
Link Quote Reply

@Background Pony #7AB6
It's not just "alt-righters" using this meme, it's everyone who's not a leftist. Wait, that's how leftists define "alt-right," carry on.
Posted 2 years ago Report
Link Quote Reply
Background Pony #BE96
The inherent irony of the npc meme is that the "freethinking' alt-righters who use it are just as brainwashed into their own cult as the progressives they attempt to troll with it.
Posted 2 years ago Report
Link Quote Reply

I'm just commenting to give A Completely Random Moderator I'm Sure a handy excuse to close the comments on this one.
Posted 2 years ago Report
Link Quote Reply
Background Pony #086C
@The Smiling Pony

It’s not my people’s burden to integrate tens of millions of people into our culture.

If you don't want to see it as helping other people have a better life and future, then you should try seeing it as survival. You may not care that other people have bad or backwards moral and ethics systems, but chances are good that they care that you're an infidel that should convert, bow down, or be put to the sword. If you aren't planning on a cultural victory you'll have to plan for a military one, or submission.


That's… an amazingly good argument in favor of keeping them out in the first place like Poland and Japan are doing. 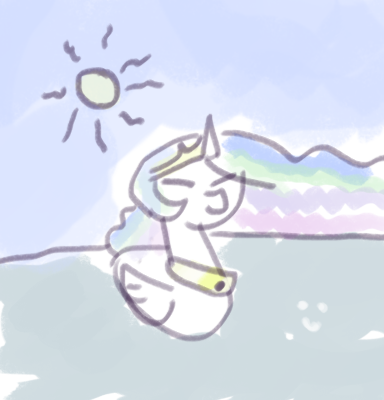 @The Smiling Pony
You didn't make any points, you asked questions, only one of which was relevant.

Have you… ever actually met America?

They haven't actually cared about manufacturers in years. The NRA exists for two reasons: to be a Republican Party political action committee focused on the single biggest wedge issue that keeps Democrats from sweeping rural areas impoverished by Republican policies; and to sell shitty wine-of-the-month subscriptions.

They recently elected a literal traitor to the United States as president, and have an admitted child molester and a vocal torture advocate on their board of directors; they sure as hell don't represent American gun owners anymore.

No, it really isn't. My people need a space to live the way they want to live.

Flash fact, the Great Plains are some of the emptiest space in the world in human density, outside of Antarctica. Europe wishes they had as much space as we do. Even most of our sprawling cities could easily increase in density and reap operational efficiencies by doing so (at costs to other priorities, of course; it's a balancing act). We could absorb any other country on the planet and barely break a sweat unless it was China or India.

This is BS and you're a racist ignoramus.

1.) The Founding Fathers would never have conflated English and Celtic philosophies as a unitary collection. Do you mean French? French people refer to themselves as Gallic far more than they do Celtic. Or are you talking about Ireland? Whatever. I'm not sure you know either.

2.) They drew on not only the English legal scholars which were their home culture but also Greek (whose Athenian democracy they idolized), French (Voltaire was a huge influence, for instance), and Semitic (unless you think Christ and the Apostles were English).

3.) Every culture is unique in whatever characteristics define it. None is ideal, which is what you really mean by that reference. Keeping a culture preserved in amber is a great way to get outraced by one that adapts and grows.

What's more, America is reverse-colonizing other countries of their talented people, which leaves poor countries worse off.

Spare me if I decline to believe in your professed concern for the well-being of poor countries. Brain drain is an issue, but it's one that intellectual and cultural exchange, and free travel, help to ameliorate.

That headline is the best part of your post. Gun rights as the NRA has interpreted them since the 1977 Revolt in Cincinnati, where the NRA became a wholly owned subsidiary of gun manufacturers, have been the most murderous fraud ever perpetrated upon a free people in the name of profit. May the NRA die the thousand deaths a coward dies, and then slink back in shame to its roots as a promoter of gun safety and marksmanship training.

If someone's an American it sure as hell is.


No, it really isn't. My people need a space to live the way they want to live. This is non-negotiable. All mass-immigration will accomplish is to further uproot America from its unique Anglo-Celtic founding ideals, which will allow the ruling class to gain more power, while making America more similar to the new residents' places of origin. What's more, America is reverse-colonizing other countries of their talented people, which leaves poor countries worse off.

The remaining liberties that are my people's birthright are being exchanged for the temporary security of another people who are happy to take the trade.