The End in Friend??
More like Twilight’s favorite ship!!! 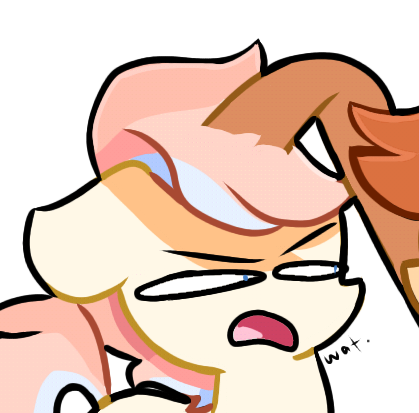 Ridazzle
I didn't write one though.

Posted 5 months ago Report
Edited 5 months ago
Link Quote Reply
Adan Druego
[IsoCon] 01-056-003-001
Okay, so like Rarity was like doing something because she works hard at her job and making dress for ponies. So, then Rainbow Dash flew in because Rainbow Dash is a Pegasus so she really really likes flying very very much and that's how she so good at it because she's been do stuff like flying and working out since like forever as a kid. After Rainbow Dash is inside Rarity's house she closes the door and then she locked it so no one can bother her and Rarity. So, after that they like kiss each other because they are really really in love since a long time ago. The End!

AD: So, Twilight, how did I do?
TS: …
AD: What…?
TS: Get. Out. Now!
AD: *Runs away laughing* That's what you get for not believing Pinkie Pie about her Pinkie Sense!
TS: WHAT! THAT WAS LIKE SEVEN SEASONS AGO! THAT'S BACK WHEN I WAS STILL A UNICORN!
PP: THAT'S FOR ALL THOSE PINKIE CLONES YOU MURDERED!

"Revenge is a dish best served with poor grammar, many redundancies, and a poorly thought out story line."

Abandoned By Hope
Something tells me i ain't gettin' high marks in this class.
Posted 2 years ago Report
Link Quote Reply

I strongly headcanon Twilight as the type who lurks fanfic.net and writes out paragraphs on top of paragraphs over why your story is shit.
Posted 2 years ago Report
Link Quote Reply

Once upon a time, Rarity and Rainbow Dash were… fighting… ninja… vikings. No wait, capital V. Ninja Vikings. Then they… licked… each other? Yeah… yeah, they—they—they licked each other. Clean. They licked each other clean. It was so hot that the… ninja Vikings… built a longboat… rowed it out to sea… and set themselves on fire. Because it was hot. And then Rainbow Dash and Rarity did… many more lesbian things. Like hoof-holding. And… romantic dinners?

But everything changed when the Robot Fire Nation attacked.