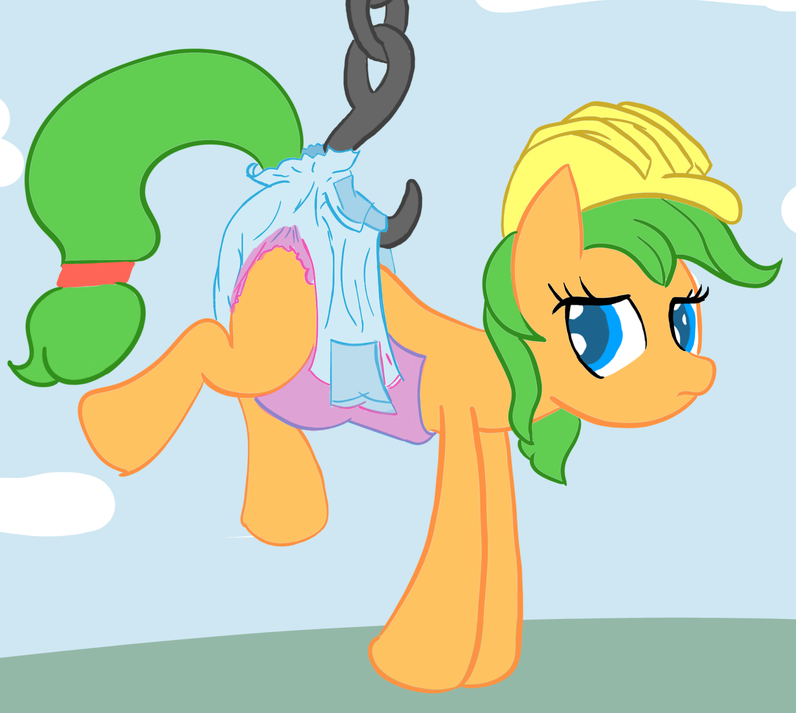 @Pinkamenalicious
That was good. It feels like they’re roleplaying.
Posted 3 years ago Report
Link Quote Reply

Myszeńka :> (oc:mysza)
Ehhh…… you shouldn’t spank with this end, use the other end to make a lever… good gif wasted by broken physics xd
Posted 3 years ago Report
Link Quote Reply

*Spitfire was caught by surprised by a rather angry looking Princess Twilight Sparkle. “Aaaaah… I… I wasn’t expecting a visit from one of Rainbow Dash’s friends.” Spitfire was certainly concerned by the unicorn’s scowl, plus she was quite exhausted from a little solo practice while the rest of the team was away.

Twilight Sparkle circled the pegasus, eyeing her down as if she was some helpless prey to which she was about to pounce. “You’re right, this is a surprise visit. We need to talk,” she replied as her magical suddenly enveloped them both. There was a brief flash as the unicorn transported them to the Wonderbolt captain’s office. Twilight Sparkle didn’t waste a single moment, displaying her immense magical prowess as she levitated the pegasus’ body up off the ground and draped her across her own desk. “I talked to Rainbow Dash, she explained what happened with Lightning Dust and your callous brushoff of the situation. I’m not only disappointed, but severely ticked off.”

Spitfire, whom had never experienced the rush of being instantaneously moved from one spot in space to another via magic felt her head ache and vision blur. So there was much confusion as she lost control of her body and found herself suddenly sprawled out on top of her desk. Her hind legs were left to dangle, giving her posterior quite the presentation. “That is strictly Wonderbolt business and you have no authori-OWW!,” the pegasus broke from her explanation as pain erupted across her rear! The unicorn had fetched her discipline cane and had given her rear a good hard thwack! “You can’t do this, I’m the Wonderbolt Captain! You can be sure I’ll tell Princess Cel-OWWWWIE!,” she was cut off again, the cane finding her bottom.

Twilight smirked, “Oh, don’t worry… you’ll definitely be writing Princess Celestia a letter as to why her protege had to punish the captain of the Wonderbolts.” With the cane firmly grasped in her magic, Twilight Sparkle set out on a series of hard well timed and placed licks that had the pegasus’ rump jiggling in pain. Spitfire could do little to muffle her howls of pain as her legs kicked. No matter how much she struggled though, she could do little to escape Twilight’s strong magic which held her in place! “Allowing candidates to endanger civilians, even if they do give an excellent performance? That will not do, Miss Spitfire,” the cane gave an exceptionally hard snap across the center of Spitfire’s backside!

Spitfire cried and quickly was reduced to a sobbing mess as the unicorn disciplined her in a manner to which she had never experienced before! Each delivered swat caused another agonizing cry of pain, tears running down her cheeks and forming small puddles on her desk. “I’m sorry, I’m sorry, I’ll fix it, just stop! I’ll take Rainbow back and expel Lightning Dust,” she begged in hopes that the terror would end. However, unfortunately for her, it didn’t. Her eyes only widened in absolute horror as she felt her uniform peeled down to her red welt covered rump was bared.

“Good, glad I didn’t have to argue my point. We’re almost done… just need to nail the point home,” Twilight Sparkle’s lips twisted up in an unsettling grin as she cracked the cane against Spitfire’s reddened bare behind mercilessly!

“No, no, no, please! S-stop,” but Spitfire’s words fell on deaf ears as she felt the first blow! It was like a fire was ignited across her rump and several more followed! The blows rained down quickly and each felt like as if a hot iron was kissing her extremely sore ass! It was only fifteen quick ones, but to Spitfire it felt like an eternity until finally the unicorn stopped. Spitfire felt humiliated, her ego as Captain left in tatters to a unicorn who had no rank other than having the favor of the Royal Sisters. She felt her uniform being slipped back on and zipped on, then found she was able to move again as she slipped off the table. She turned to face her disciplinarian. “Th-thank you, ma’am… I.. I think I needed that,” she said then went to embrace the unicorn.

Twilight, having put away Spitfire’s cane, welcomed the pegasus into her forelegs and gave her the biggest hug, “Thanks… now, I won’t tell anypony about this as long as you reinstate Rainbow as a Wonderbolt Candidate and expel Lightning Dust for her carelessness.”

Spitfire sniffled and wiped away the tears from her cheeks, then backed away to give the unicorn a proper salute. “Yes ma’am, right away, ma’am,” she said with a smile.

Twilight then gave the pegasus an unsettling smirk that had just a hint of malice, “And if I have to deal with you again… lets just say next time, we’ll see if the rest of the Wonderbolts would want to watch.”

Spitfire gulped and quickly shook her head, “No ma’am, there’ll be no need for that.”

Twilight gave a solemn nod, the tip of her horn suddenly igniting with magic before she completely vanished with an illuminating spark.


Posted 3 years ago Report
Link Quote Reply
Background Pony #02E2
She has been an awful captain and deserves to be punished.

Now she is spanked merciless by the upset Princess Celestia herself while all her cadets are watching her humiliation, laughing and mocking her.

And if she complains the punishment will be extended.

Spitfire has never been that humiliated in her life but if she wants to keep her job she has to endure her well-deserved comeuppance obediently and hope that Celestia will forgive her soon. 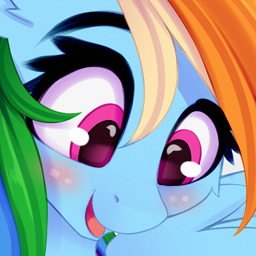