14 23 21 2 21
Subscribe
Galleries
Featured in
Register to create a gallery
Related
View VS Download DS
Uploaded 1 years ago by KentuckyFriedScootaloo
1400x1000 PNG 1.13 MB
This image is blocked by your current filter - click here to display it anyway

“We discovered the hard way that the transfer has… consequences. Consequences that even he never realized… because he never tried to return the magic he had taken before he met me… it’s honestly safer for Twilight if he doesn’t give any more of her magic back…”

I just remembered that Twilight was given all the alicorn magic in Equestria so if returning magic that was already their magic could hurt someone and with how this post is a seriously hurt them then it can be argued that being given magic would have these same consequences so if Twilight being given her own magic back could have risks then being given all the alicorn magic (which if I’m not mistaken has been referred to as one of if not the most powerful magic) at once should have out right KILLED her. Tirek can be argued to have been able to survive because he had almost all the unicorn, earth pony and pegasus magic in Equestria so he already had so much that he was able to match the power of all four alicorns as we see in his battle with Twilight meaning he was just gaining the amount of power he had already built up.
Posted 1 years ago Report
Link Quote Reply

@blacksunset
I know it’s extreme to say he shouldn’t get to be happy but it’s just.

Tirek: someone who took over an entire nation and threw so many lives in to chaos maybe even killing some (like Celestia and Luna maybe) causing so much suffering gets to live a happy safe life as king with a wife and daughter.

Twilight: a hero of Equestria a pony who with her friends saved the nation serval times has to live without her magic completely defenceless and live in fear of what Starlight could/would do to her and/or her family if she doesn’t follow her. Not to mention she’s lost all her friends Sunset or Daydream hates her because she left with Starlight, Pinkie married the one who took everything from her, not sure about Rarity and Fluttershy as Applejack said they’re neutral. Applejack is part of Daydream’s resistance so she might not be very found of Twilight and who knows where Rainbow Dash is, dead or alive, with or against her.

It’s just aggravating to see someone who’s done so many horrible things get such a good life. While one who did nothing but good gets such a terrible life. I personally think it should be the other way around.

Posted 1 years ago Report
Edited 1 years ago
Link Quote Reply
blacksunset
@Adam Griff
I partly agree with you there but I only disagree in a small way in saying he doesn't deserve a family or to be happy. More like he hasn't earned it but do not mistake me I completely am on your side otherwise. The difference between a monster like discord and a monster like Tierk? Discord to the best of our knowledge didn't kill or really hurt anypony. It's heavily implied what Tierk did? Killed a lot of ponies and if it didn't kill them? It's basically made them all be at war with each other even if the conflict was there before Tierk got there.

Pinkie going with him (noble act or not) doesn't seem to have helped very much. She doesn't seem to care that her friends are suffering and are at war with one another and neither does Tierk. It would be one thing if pinkie went with Tierk to stop him from killing a bunch of ponies and through that she 'fell in love' with him and is trying to turn him around and she had his baby…still wondering how it came to that (child is innocent I have nothing against her existence as a whole).

Plus even if Twilight is without her natural magic? Who is to say she can't recreate it somehow? She is a VERY smart mare and her talent is magic itself so I have to imagine there is a way for her to get her magic back somehow and getting magic back from Tierk shouldn't have any negative effects. Like it would be one thing if he took in magic and converted it to dark magic and corrupted it. But? These are the elements of harmony. In particular the element of magic which is the most powerful and twilight gave it up once before and got it back (by force) and everything was fine so that's a bit of a loophole

@CarouselUnique
It was still forcefully taken from him and given back. So my argument still stands there should be no consequences in giving back magic. Other than Tirek having less magic (which is good) I say he is still a monster who has no right to have everything he does: his title, a wife, a daughter he doesn’t deserve any of that
Posted 1 years ago Report
Edited 1 years ago
Link Quote Reply
CarouselUnique
@Adam Griff
I'll say this, in the S4 finale, it was the Rainbow Power/Elements of Harmony that gave the magic back, not Tirek.
Posted 1 years ago Report
Link Quote Reply 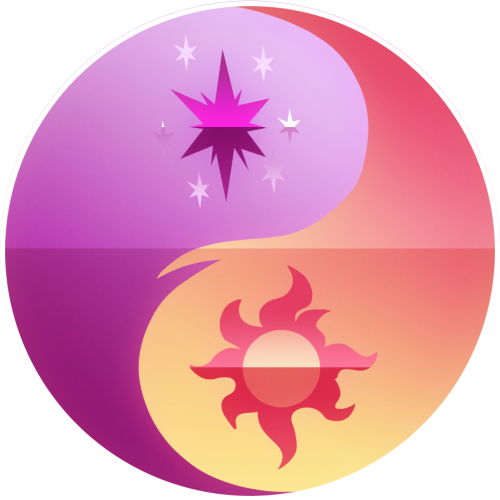 adgerelli
Also technically this is completely a separate au, it doesn’t just branch off from the s4 finale iirc
Posted 1 years ago Report
Link Quote Reply
CarouselUnique
@Adam Griff
We'll see, I suppose… insert enigmatic creator response here
Posted 1 years ago Report
Link Quote Reply
blacksunset
@Adam Griff
I agree. Cause before all this didn't he kill like. A bunch of ponys? As forgiving as Pinkie is I don't see how or why she would wanna turn Tierk after all the shit he has done. Mind you I am all for redeeming your sins but it doesn't seem to me like he isn't doing much. Stopping stealing magic is a start but it hasn't changed much
Posted 1 years ago Report
Link Quote Reply
blacksunset
@CarouselUnique
Hm well when you put it like that I get it however I guess till I see what her exact reasons are? She has left a bad taste in my mouth. Now whatever divided the mane 6 (8 if you include Starlight and Sunset) may not have directly been her fault but it had to have had SOME role in it but I could be wrong.

Now if I had to venture a guess? Starlight's defeat will come from her own side as somepony rises up to stop her.

@CarouselUnique
Still say the idea that giving back magic voluntarily having consequences is Bullshit nothing will make me believe otherwise and if Tirek sees the error of his ways he should give up the title he has no right to have
Posted 1 years ago Report
Link Quote Reply
CarouselUnique
@blacksunset
Can't defend Pinkie too much without going into spoilers here, however the point I can make is that her choice saved a lot of ponies from a worse fate. She alone kept a good portion of Equestria with magic. And the factions were created before Tirek came into power, he didn't divide the Mane Six.

As for why Tirek doesn't deal with Starlight — again, spoiler territory, potentially Twilight never told Pinkie what was happening because she doesn't trust Tirek any more than Starlight, potentially Pinkie fears what would happen if her husband started to take magic again, potentially Tirek agreeing to leave the ponies alone means he thinks things should be solved among them and potentially they're worried if they step on the toes of The Other Side, there would be an uprising that would endanger Beatrice. There are reasons they might have for these things.

Posted 1 years ago Report
Link Quote Reply
blacksunset
@CarouselUnique
Hm I suppose you make a good point however I just cant help but have a bad taste in my mouth. Pinkie is supposed to represent happiness and laughter but even though her actions may have been noble? It seems to me countless others are suffering and even dying for the choice she had to make. Smiles across the land have been wiped out and from what I see? Pinkie only seems to care that she and Tierk are happy and to tartarus with everyone else including her friends which is really fucked up given what's going on.

I mean let's look at what's happened. Twilight and sci twi are being held captive by starlight. I assume Rainbow dash is either dead or didn't take a side. Pinkie is with Tierk and likely a whole lot of ponys hate her guts. Sunset has a hole in her face and it seems applejacks family is about to tear itself apart on its own.

I can understand her wanting to change Tierk and fix the world. Not like she just turned evil and fell for Tierk but even still? Just doesn't seem to be a lot of hope at all in this world especially for the princess of friendship.

Like seriously how powerful is starligh that Tierk just couldn't come and steal her magic and force her to let twilight go?

Posted 1 years ago Report
Link Quote Reply
CarouselUnique
@blacksunset
I don't know, takes a lot of hope to sacrifice yourself, slowly make a monster see the error of his ways and bring a child into the world.

Pinkie didn't side with Tirek, she brought out something good in the monster and wants to fix the world with him. It's just that the way she had planned didn't work. It's no coincidence that after finding that out, she and Tirek decided to take an active role in the fallen society.

And she's making sure Beatrice, a new creature with boundless potential, has a good upbringing with the morals of friendship. That's something…

Posted 1 years ago Report
Link Quote Reply
blacksunset
@Background Pony #EDD9
Even still did it have to come to all this? Was marrying a monster the only way for some to keep their magic while others suffer? Just doesn't seem right but then again this whole timeline they live in is fucked so who knows
Posted 1 years ago Report
Link Quote Reply
Background Pony #DB40
@blacksunset

This is what Applejack said on Pinkie Pie.

in the season 4 finale the magic Tirek stole was drained him and returned to all the ponies he stole it from by force caused and caused no negative effects. So the idea that him willfully returning it having consequences to the pony it’s returned to is absolutely Bullshit

Also Starlight may be the villain I won’t deny that. But to me Tirek would have to give up his title because he wrongfully took it from ‘Pony’ Twilight and all the other royals. Realize everything bad that’s happened to Equestria is all his fault to make him a good guy I know it’s crazy but to think he and Pinkie have the gall to say he’s changing when he’s not giving back to everypony who’s lives he’s destroyed