Yes it was funny happened. I certainly read this tale, but I would like to see it in the form of frames, such as comic books or something else, especially the moments where Rarity began to drive in a car with frantic speed and how she pushes the pedals. I really love anthro-ponies riding cars.
Posted 4 years ago Report
Link Quote Reply 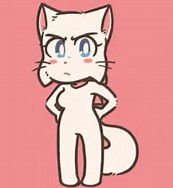 here’s some more cars that should get pony involvement, Kyrii…

Takes Half Damage
@MasterKingfisher
Haha, good eye! There’s also the big fat “Eliminator” lettering under the rear stripe. Hard to see due to the lighting glare and muck :>

I commissioned this piece from DrCoolCabbage and chose the Eliminator specifically, even giving him the actually car model! (From Forza 2, ported over to XNA, then ported once again to DAZ)

I felt a big Mustang would have been cliche, so I decided to give the Cougar much needed love, and I think CoolCabbage agrees ^^

the car’s a Cougar Eliminator (hint - look closely under Rarity’s tail; there’s a wing on the car, which is only on Eliminators)

Everyone is fond of owls
@A Horsey
Thank you!
Posted 4 years ago Report
Link Quote Reply 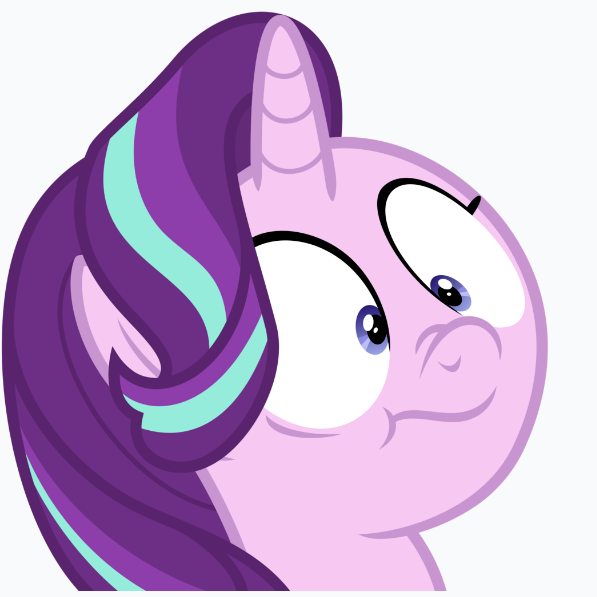 Your art is such a treat! :)
Posted 4 years ago Report
Link Quote Reply

Rarity firmly believed even Applejack could have heard her startled yelp the moment she kick-started the Cougar and it ROARED to life on one turn of the key. And yet here she was, a mere hundred feet outside the barn.
Utterly terrified of what she was behind the wheel of.
“Yer just gonna sit here all day behahnd the wheel of this monsta’?” Apple Bloom inquired curiously from her seat on the steps leading into the farmhouse.
“Well… I… I drove far enough as it is!” Rarity stuttered, huffing in her signature hoity manner as she patted the steering wheel with caution. “Applejack is such a hard worker! Seeing this beast on her doorstep in such a pristine state would lift her spirits like a fine glass of rye! Such a display would not have been possible without my cautious driving skills-”
“You drove out of the barn like Dance Fever pelvic thrusting his way across a disco floor.” Sweetie Belle deadpanned, looking up from her homework, much to her older sisters high-pitched disdain.
“Sweetie Belle! What a ghastly thing to say!” Rarity gasped, bringing a hand to her dress in an appalled manner. She wasn’t exactly wrong, though. With every step on the gas peddle, the car shot forward like a bull charging like he caught a glimpse of a red cape! No matter how Rarity pushed or tapped the pedal, the Cougar’s engine roared and it’s tires tore up the dirt road with hostile intent!
Or that’s how Rarity interpreted it, anyway.
“Well, I’m not wrong, Rarity! This car just wasn’t made for somepony like you!” Sweetie Belle explained, getting up from her seat next to Apple Bloom as she gestured at the engine block. “You did a great job cleaning up the Cougar but maaaaybe you can leave your present alone for Applejack to appreciate? You know, with a full tank of gas?”
“Ya’ll could at-least switch off the ignition, Rarity.” Apple Bloom suggested, growing wary of the low rumble the Cobra Jet engine was transmitting into the ground. Rarity frowned, she intended to be the one to present the car to Applejack with her usual flair but the idea of waiting for so long in such a stuffy interior wasn’t doing her mane any favors.
“You have a point, Sweetie Belle.” Rarity sighed in defeat. “You know me, I always like to give my accomplishments a bit of magical glamour and style, If Applejack could appreciate this muscle car back when it was a junkheap in the barn, then she would be more then happy to see it cleaned up without any additional flair at the wave of my horn!” Rarity hovered her hand over the key in the ignition, only for her ear to twitch at the sound of Fluttershy’s wing-beats approaching the farmstead from the lonely main road. “Oh, whatever could Fluttershy be doing out here for?”
“Fluttershy was goin’ tah do ahr Bahology homework-” Apple Bloom started, only to cough as Sweetie Belle love-tapped the farmfillie’s side with an elbow. “-HELP with ahr bahology homework!” Rarity chirped in a chirpy tone.
“Oh, what a splendid thing for her to do! I hope you thank her up and down after all is said and done!” Rarity smiled as Fluttershy touched down on the dirt road, shedding a piece of paper or two from her satchel of books. “I doubt she knows much about car’s, especially one like this. But I’m certain she could appreciate the color I brought to such a beautiful shine!” Rarity pulled her hand away from the ignition and placed it onto the headrest of the passenger seat. “Oh, I simply must know how last nights dinner outing with Discord went! I hope her evening blouse made her the star of the night!” Rarity swung her leg over the center console as she attempted to climb out the passenger side door to greet her dear friend, only for her ankle to wack the stick shift and her supporting foot to slip into the footwell.
Pushing the gas pedal to the floor.
Sweetie Belle and Applebloom flinched as the Cougar’s front wheels leaped off the ground and the engine hauled the nearly 2-ton muscle car into the Orchard, clouding the two fillies in a cloud of exhaust and dust as Rarity’s blood-curdling shriek somehow dwarfed the deafening roar of the V8 engine.
“Welp, she’s deahd…” Apple Bloom deadpanned in shock as Sweetie Belle cupped her mouth in sheer horror.

“Oh my goodness oh my goodness oh my goodness!” Fluttershy cried aloud as she rushed through the apple orchard with Apple Bloom and Sweetie Belle in hot pursuit.
“PLEASEDON’TBEDEADPLEASEDON’TBEDEADPLEASEDON’TBEDEAD!!” Sweetie Belle squealed in terror, sprinting not to far behind, her eyes darting from tree to tree in a fruitless attempt to spot the fabled Cougar Eliminator somewhere in the foliage.
“Cahm down, Sweetie Belle! Ya’ll ain’t gonna find Rarity flailing ‘round the orchard like yer sister!” Apple Bloom deduced, attempting to reason with her upset friend.
“Oh my goodness, Rarity can’t even muster the courage to drive her Corvette on the highway! We need to find her before she gets herself hurt!” Fluttershy mournfully declared, frantically peering through the aisles of apple trees.
“Well it can’t be that hard tah fahnd ‘er! That there Cougar was as braght orange as tha evenin’ sun! We just need tah look fer the tree with the giant car innit-!” Apple Bloom pondered aloud, much to Sweetie Belle’s high pitched and tearful displeasure.
“Oh… have you girls spotted any tire-tracks? Deary me, maybe she careened straight into the forest!” Fluttershy cried, doing little to hide her anxiety. Apple Bloom was moments away from running back into town for some much needed backup, only for her ears to pick up the sound of a familiar engine roaring to life somewhere in the distance.
“Ya’ll hear that!?” Apple Bloom inquired through two set’s of squealing voices. The sound grew louder and louder, accompanied by a hoity scream from an even louder set of lungs. “Raritie’s ahlave! Thank Celestia!”
“But for how long!?” Sweetie Belle wailed as her sister’s uproar of laughter was approaching with alarming speed.
“Listen to her screaming! She probably doesn’t even know how to stop that beastly hulk of a car!” Fluttershy whimpered, Stepping back from the trembling treeline as apple’s and leaves cascaded down from their branches. All of the sudden, the bush at the very end exploded into a flurry of twigs and shredded vegetation! Cowering in fear, the trio blinked as a muscle car emerged from the flying debris and slammed into the muck, spraying strands and globs of mire in all directions.
“RARITY DOESN’T KNOW HOW TO STOP!! I CAN’T LOOK!!” Sweetie Belle sobbed, obstructing her vision with her palms. Apple Bloom simply blinked in response to the carnage.
“Ah don’t think she intends tah stahp…”
“SHE’S GOING THROUGH HER DEATH-THROES!!”
“Look’s lahke she’s havin’ fun tah me…” Apple Bloom cocked an eyebrow as Rarity continued her whooping and hollering, doing donuts in the clearing not even 30 feet ahead of them before peeling out of the underbrush and tearing down the road, leaving the trio in a rather confused state of shock.
“AND TO THINK, I HESITATED!!” Rarity cheered, hopping up and down in her seat as she tore through the orchard, enjoying every sensation that coursed through her veins, for the mare finally understood the appeal of the Cougar with delightful enlightenment. It was a reflection of the farmers own endurance, of her own self-worth and power. Rarity always assumed a big, burly muscle car was an echo of the driver’s anxieties and faux stature of egotism and misinterpreted vigor. In reality, driving a car like this was about control and determination.
If the makers of this beauty did not have that philosophy, then Rarity was going to be damned sure to change that sentiment, because she was at the reigns of this beast now!
Throwing her weight into the steering wheel, Rarity shifted gears and swerved through the biggest puddle yet, splashing the surroundings and the entirety of the Cougar in thick mire. This act caused a hearty giggle to arise from the Fashionista, at the expense of the vehicle losing traction and fish-tailing around the corner. This turned out to be a blessing in disguise, as the car now had the mobility to avoid several apple tree’s as it veered off course and through the rolling hills of Sweet Apple Acres, spraying mire in her wake as the heavy frame shifted up and down over the terrain. Apples bounced, leaves flew and mud sprayed into a furious storm of vehicular debauchery. Shifting gears once more, Rarity swiveled the wheel and rectified her destination, forcing the engine to gulp down another gallon of gas as she veered around another corner.
Straight over an abandoned applecart!

@Mildgyth
Please do. A good story only ever makes a picture better by adding the context :D
Posted 4 years ago Report
Link Quote Reply

Senior Moderator
Humata, Hukhta, Hvarshta
I wonder if i should post the story here in the comments. it would take me about four of them, though.
Posted 4 years ago Report
Edited 4 years ago
Link Quote Reply

#1 Rarijack Enthusiast
I can only imagine where she’s taking her.

Boy, those are some GREAT looking bodies they’ve got there~