I Might Bite
This,So much yes!
I was waiting for someone to try this concept with animation! This is wonderful.
Posted 2 years ago Report
Link Quote Reply

* Provided that they aren't the one you're fucking.

@Background Pony #36A9
(sorry this is my real account, wasn;t logged in.)
Posted 2 years ago Report
Link Quote Reply
Background Pony #6358
Anyone got links for more of this specific stuff. This is like my ultimate fetish but this is the only real art of it I can find. Would really like some more. Most vore or unbirthing is just disgusting in my opinion, but this is so hot.
Posted 2 years ago Report
Link Quote Reply 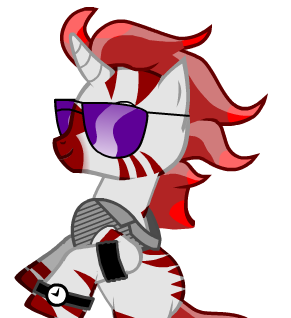 I aim to please. Honestly it just sort of wrote itself in my head after I saw the image.

I Open at the Close
@The Common Tater

Site Moderator
@The Common Tater
yes
Posted 3 years ago Report
Link Quote Reply
The Common Tater
Had a short burst of inspiration here from this. Spoiler'd for the weak of stomach. NSFW.

"Is she in there?" Shining asked with a grunt, relishing his wife's warm tightness as he sank inside. The grin on Cady's beautiful muzzle as she craned her head around to look at him was wicked.

"Yup." She giggled. "You just bitch-slapped her with your cock."

"Should we let her out?" Shining asked. Cadence shook her head, the grin now resembling something with a fin on top.

"Gotcha'," Shining said as he pulled most of the way out and braced for a fresh thrust, pausing only for one last question.

With that, Shining Armor bucked his hips forward and thrust deep into his wife.

I Open at the Close
@TheNameIsAzureAce

I Open at the Close
@Tragiclady