@BigBadSeed
I don't expect anything `
But it would be a happy surprise.

SorryNeverSorry
Offensive. Please ban.
@Liggliluff
They called her Tess? That's funny.
More importantly, though, it's like I said. I expect/demand at least bikinis in the next EqG movie.

SorryNeverSorry
Offensive. Please ban.
@Liggliluff
Was she the blonde one that all the boys liked? In the original English, her name was Nazz.
Posted 4 years ago Report
Link Quote Reply

@BigBadSeed
Maybe the names were changed in the Swedish dub ` (or I'm confusing names).

She seemed like the most adult of the kids.

@BigBadSeed
I'm more for non-fanservice; as fanservice would be too sexualised. – Just casually in their underwear, that's all.

Tess in Ed, Edd n' Eddy was shown in her panties a few times; and it was just casual.

SorryNeverSorry
Offensive. Please ban.
@Liggliluff
I think the first step will be to show them in bikinis, and I actually that's in the realm of possibility.
After that, we might get to a point where we see one of them in her underwear, but it'll most likely be played as a joke and not as fanservice.
Sadly, I don't think it could ever go further than that.

@BigBadSeed
I wished they sneak a few frames in; like other animators does. They've been really close before … >>394945

SorryNeverSorry
Offensive. Please ban.
@Liggliluff
Oh well. It's not like we're going to see their underwear in the movies anyway.
Or are we…?

@BigBadSeed
Too much shipping for my taste.
We also have just seen limited love in the movies.

@Cyborg_pony
Well; they need to get their panties from somewhere. Buying specially designed clothing will be expensive.
Pinkie simply bought yellow panties with butterflies on?

Pinkie, those aren't your panties are they?
Posted 4 years ago Report
Link Quote Reply

@BigBadSeed
In that case, this search should help
Posted 4 years ago Report
Link Quote Reply

SorryNeverSorry
Offensive. Please ban.
@Jondor
In that case, there should be an "underwear swap" tag.
I think I'll get to work on that. 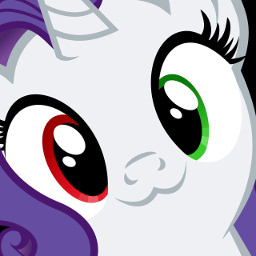 There needs to be a rate for having another character's cutie mark on one's underwear.


Meant to say, "There needs to be a tag."
This site really shouldn't put a time limit on editing comments.