17 comments posted
Background Pony #7C0A
@Jibodeah
Celestia has been implied to have a very spotlight possessive personality in the past, which shoved Luna out of the light. I think that’s what thid is drawing from.
Posted 4 years ago Report
Link Quote Reply
Background Pony #C43D
@Einsman

And so, Luna never lived to see the morning sun. 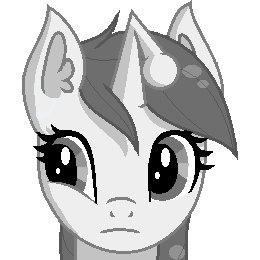 I thought Luna was supposed to be the jealous one.
Posted 5 years ago Report
Link Quote Reply

@Eeveeinheat
Well, re-reading it, they’ve pretty much admitted to one semi-shady goal: They intend to give the money to their friend, because they want to help their friend.
To me, that’s just one step above keeping it for themselves.
But I still get where they’re coming from.

However the part about undermining themselves and ruining their friends’ chances is straight out scummy.
Maybe they just didn’t think through the implications, but to me this is something they should rely entirely on viewer generosity for.
So, they should do whatever they can to fix the problem, and more money should just mean they solve it better
Keeping it ‘hostage’ means trying to get a minimum-wage pay for their friend is scummy; They could EASILY get a non-friend to do it for cheaper, so it’s incredibly corrupt and greedy.
But, again, they might just not have thought through the implications; It’s the kind of plan I could easily imagine looked good at a glance.

@BarryFromMars
Wait, they’re actually making it a goal before they put any effort into making their comics the bare minimum when it comes to spelling? Doesn’t that seem… wrong to anyone else? Shouldn’t someone want their work to be the best it is, regardless of how much money they are getting? Especially if they are getting money? They could get people to do it for free, so I don’t see why they need MORE money in order to even bother with it.

Could anyone give me an explanation? Because this seems really fishy, not to mention kind of shady. I would love an explanation to put me at ease because I really like their art and the stories they come up with.

Darn it, I really need to read this sort of thing more attentively:

The artist posted this in light of his dyslexia and has a Patreon up. He’s apparently getting $319 out of the $350 per month (Goal) to pay someone for it already. I dun goofed, sorry.

*WHEEZE*d lightning!
@BarryFromMars
I would be!
Posted 5 years ago Report
Link Quote Reply

The artist’s dyslexic. Would you be interested in proofreading for him?

Wait a minute… that scanner is from Ghost Busters. …that has some disturbing implications.
Posted 5 years ago Report
Link Quote Reply

“I’m going to ask to be a pink filly with frizzy hair.”

I miss the show so much
It begins.
Posted 5 years ago Report
Link Quote Reply