Pony with care My Little Pony: Make Your Mark Chapter 2 was just released, so remember to tag images of/about the latest episodes with the appropriate tags
173 249 248 1 10
Subscribe
Galleries
Featured in
Sign in to create a gallery
Related
View VS Download DS
Uploaded 6 years ago by Background Pony #D230
1280x935 PNG 537 kB
This image is blocked by your current filter - click here to display it anyway

“I was destined to be a princess centuries before you, Twilight. Celestia had her friend Princess Amore teach me the ways of being a princess instead of personally, and I trained diligently, but Amore also knew I had a kind friend being tortured by the crystal heart and let him eventually go mad. After escaping exile, I chose to completely abandon my destiny as a princess because Celestia and Amore made me completely disillusioned to the princesses of Equestria. I know that’s not completely on Celestia, but this happened right under her nose while Amore was prepping me to be a Princess in Canterlot. Me and Sombra have decided to abandon our titles and simply help people after resurrecting Amore.”

“And I was destined to be a princess, her first personal student and successor, shortly before you Twilight. However she didn’t encourage me to make any friends and encouraged me to showboat my skills to the point where she was pleased I destroyed the Canterlot school west wing from collateral plant spell growth. I believed I was better then everyone else because between Celestia’s praise and no friends, I was practically only ever told I was better then anyone else. I know most of horrible stuff I’ve done is still on me, I get that, but we still have a lot of issues to work out between us. She was like my mother. Now that I know better, I’ve chosen not to come back yet. I’m not sure I even want to be a princess anymore, at least the kind that Celestia wanted me to be.”

“I…wow. I guess I never looked at it from that perspective. Its weird to say but I’ve never really considered Celestia’s destiny for me a ‘choice’. I pursued the Crystal Heart on my own until we were literally all about to die because Celestia told me so, and a little later I became a princess. I then never warned my friends about the magic transfer or Discord because Celestia told me too, which got them captured, and after we defeated Tirek because Discord showed us how before and after he was betrayed, I got rewarded a castle and a title.”

“(RH:)Well? Have you become a strong independent princess that Celestia always wanted?”

“Welllll, not exactly, recently she’s been sort of annoyed I keep on trying to do everything to please her. But that’s only because its the only thing I’ve ever been taugh-…..Oh horseapples, that’s all I really know how to live my life!! My training has been terrible as well!” 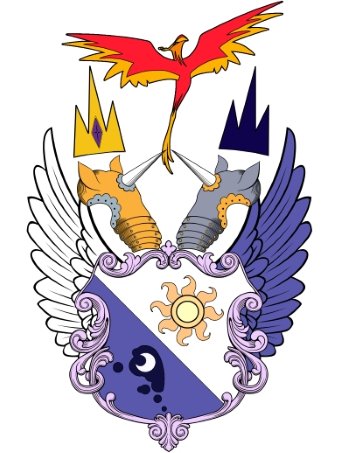 moonlightaveger
I really wish I could know what she’s saying about Celestia. Because this conversation ought to be interesting.
Posted 6 years ago Report
Link Quote Reply

Dogs
The 3 students of the sun.

Although I don’t think Celestia ever got to teach Hope anything before she ran off.

Try not to break this princess too.
/lolrude
Posted 6 years ago Report
Link Quote Reply