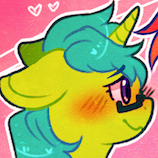 To be even more precise, what's canonical is that Pinkie is probably AJ's "fourth cousin twice removed by a fifth cousin". If you ignore "by a fifth cousin", which isn't a real thing that someone can actually be, the genealogy might look something like this. Notice that that possible arrangement does involve a common ancestor.

Either way, it's a huge gap such that there shouldn't be a problem; the way it's presented, even Pinkie/AJ should be still fine, and the same applies to Marble/Big Mac. The cousin possibility does make it at least surprising that the show officially supports Marblemac though. I seriously doubt it's expected that the target audience can figure out the exact relationship between the families beyond simply "they're cousins", which at first blush makes Marblemac a lot ickier.


Posted 4 years ago Report
Edited 4 years ago because: Added a few sentences at the end
Link Quote Reply
Background Pony #ABB9
@DewdropMaple
@Background Pony #F93B
To be precise, they are possibly distant cousins by marriage. In terms of having a common ancestor, they're probably about as closely related as Barbra Streisand and John Goodman.

The problem is that Marble and Big Mac are also officially cousins, though.

Posted 4 years ago Report
Link Quote Reply
Background Pony #DE81
@OneUglyDiamondDog
I see your Discoshy and raise you a Pinkiemac. No one ever suspects the Pinkiemac. 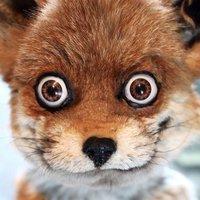 OneUglyDiamondDog
@Background Pony #97CC
It is getting a bit cramped here… Still, I have raised the canons, and put my shields up.

Posted 5 years ago Report
Link Quote Reply
Background Pony #DE81
@OneUglyDiamondDog
High above, in the Rainbowmac airship
"What's this?"
"The S.S. Twimac is preparing to attack the S.S. Marblemac. It appears a great majority of the Fluttermac and Cheerimac fleets have been decimated bybthis quite, newer ship."
"Humm, the Egghead Apple taking on the Mumbling Fruit? This ought to be good. Prepare the Zap Apple Nukes. The second the dust settles, stir it back up."
Suddenly the ship shakes and red lights flash
"What's going on!?"
"Sir we've just been hit!"
"What!? Who'd be stupid enough to try-Gahh!"
Aboard the newcomer ship
"And here I thought Rainbowmac would put up more of a fight."
"Indeed, captain. Apparently, the SweetTeaFleetMac is too much for them. Call in the big guns. This fandom is getting a bit cramped."
"Aye sir!" Pushes the big red and blue button, then grabs the nearby mic "Lunanac, their in position. Let's show these tender little foals what some real ships look like."
Over the radio "Let the fun not be doubled."
"Let it be quadrup-What the hell is that!?"
"Feel your hearts pound and let your breathes hitch! For you shall learn now, Macora is OTP, bitch!"


I had too much fun typing this. Someone wanna do a comic?

OneUglyDiamondDog
@Keith Mowz
Umm, I'm not sure if you're talking to me or not (I'm assuming you are), but I didn't make the BP post, especially not since I made my account.
Posted 5 years ago Report
Link Quote Reply

The Fluffiest
Rule 10, which one is that?
[checks; 'don't sockpuppet']
[bursts out laughing]
Haha, come on man, don't be salty. I said you can ship whatever you want.

The Fluffiest
@OneUglyDiamondDog
Marble, obviously. Because they were actually, openly being shipped in the episode and have complimentary personalities. The only other character that's actually been shipped with him in an episode was Cheerilee, and that involved magical roofies. (Unless you count the comics, in which case he's been shipped with like six different mares, including Luna.)

You're welcome to ship whoever you want, obviously, but I will laugh at you for trying to claim it's canon otherwise.

OneUglyDiamondDog
@Keith Mowz
"The Return of Harmony, part 2, Lesson Zero, It's about Time, and MLP:FIM Friends Forever issue 17". That'll about cover it.

Also, I'm curious as to who you think Big Macintosh belongs with and why, as well as why you think everyone should ship them as opposed to any other pairing.

"Great, just what we needed. Well, at least it's a small ship. Tell me, what are they armed with?"

"Actual evidence and interactions from both the show and the comics?"

"Bring me my brown pants."

Posted 5 years ago Report
Link Quote Reply
Background Pony #DE81
@SFaccountant
For the record, below this is one of my older comments.
"Captain! Unknown ship approaching us at unprecedented speed off the starboard bow!"
"Impossible! No ship has ever matched the SS Fluttermac! Ready the torpedos and arm the cannons!"
"Oh god… We can’t take them! They have canon ship fuel, three doses! Even the Twikac only had two!"
"Get a hold of yourself! I didn’t sign to let my ship sink because of Canon! Direct all power to the S.T.A.R.E. and S.P.E.A.K., we’ll blast them back to the first generation!"
"Aye aye, sir!" runs off to give the commands
captain looks back to the SS Marblemac "Damn they make a cute couple."

aboard the SS Marblemac
"Captain, they seem to be mounting an attack."
"Let them have their fun, keep the N.N.O.P.E. and F.L.E.E. at the ready. No one is sinking this ship."

several hundred leagues below in the Cheerimac Submarine
"Sir, nothing has happened yet."
"Give it some time, two ships this adorable can’t be this close without coming to blows."
all crew men on sonar cry out in pain as screens crack and sonar headsets explode
"Sir…my heart… It can’t take it…" dies

hundreds of miles away, in the Lunamac harbor
"Commander, are sonar just picked up a major disturbance at sea."
"What kind of disturbance?"
"As if hundreds of thousands of Fluttermac and Cheerimac suddenly cried out… And were silenced."
"Any…anything else?"
second mate shudders, looks away and then back to his commander "Mmhmm.