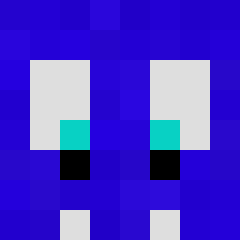 Drasvin
Also, the punishment wasn't exactly instant, she waited until her shift was over before heading over and picking up the pieces.
Posted 8 years ago Report
Link Quote Reply

Drasvin
The reason Celestia didn't intervene in the Second Lunar Rebellion (other than theories that NMM had possibly trapped her in the sun) was that she could only use the Elements of Harmony to seal NMM in the moon. She was relying on Twilight to make friends and be able to leverage the full power of the elements.

As for why she brought her attention upon Twilight for that 'ruckus,' Twilight had lost control of her magic. While it was an accident caused by Twilight's sanity slipping some, she is still a highly respected unicorn. The show implies that Twilight isn't just a student at the magic academy, but is Celestia's personal apprentice. If such a well-respected, well-connected, well-tutored unicorn can lose control and ravage the minds of a town like that, what does it say about her mentor?

Though it was an accident, more like a spell which went outta her control.
Posted 8 years ago Report
Link Quote Reply
ThatGuyImpious

Well, Twilight was mindraping an entire town.
Posted 8 years ago Report
Link Quote Reply
Background Pony #B436
Yeah for Discord she's all "USE THE ELEMENTS RIGHT NOW!:
Posted 8 years ago Report
Link Quote Reply
Background Pony #BE00
Well she was never warn about the parasprites and when she finally see them pinkie already took them away. For nightmare moon she wasn't very far at the end to maybe take care of it assuming twilight defeat. And Discord seem to be way too powerful for her or luna. as we could see he played with the day night cycle so he must be able to control the sun and the moon and surpass their own control so she might have just give up and think that only an opponent he don't took seriously and won't use his maximum power against could win.
Posted 8 years ago Report
Link Quote Reply
Trickquestion

All that cake has not contributed to her combat ability. Why do you think she needs a chariot to haul her giant ass around?

And here is an interesting question about Nightmare Moon: What if Twilight had been a bigger bitch then she already was and didn't make any friends? We'd be right fucked wouldn't we?

This cykas my blyats
I'm pretty sure Discord was more along the lines of:
"OH SHIT. USE THE GODDAMN ELEMENTS RIGHT NOW YOU FUCKERS!"
Posted 8 years ago Report
Link Quote Reply