Shining and Cadence: "We are getting a Baby"
Silver Quill: "And I watched it happen"

56 comments posted
Danielm
With the second image is from some pony sleeps with shining armor and princess cadence when silver quill is part of the series of any character is put on the round pillow beside shining armor and princess cadence.
Posted about a year ago Report
Link Quote Reply
Background Pony #464A
So that's why her wings were so big
Posted 4 years ago Report
Link Quote Reply 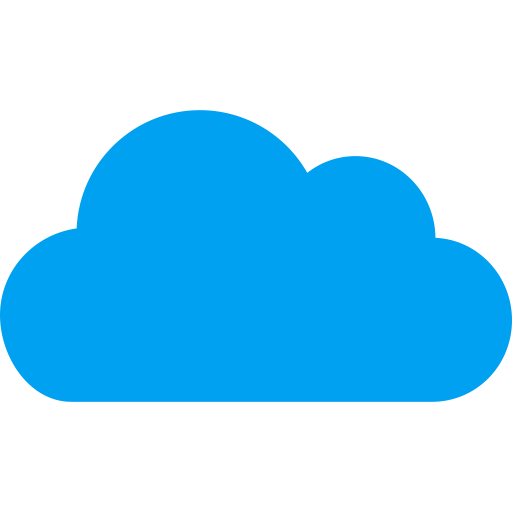 @Ledvi
I don't know, a baby alicorn would be adorable.


Looking back at this, this exchange is hilarious.

Go fsck yourself
@Background Pony #368B

Free hugs for everyone!! Yay!! (Randomness is random) 😆

Who? There's only Flurry now (who by the way is a lot more easy on the eyes than…who? Skyla?)

Pagan
Gay Viking
@Ledvi
At least they're not being open dicks about it.

What are you talking about? The guy was just a fan and all he did was point out that there was a part in the episode that contradicted something he said and he would just let him know he even ended his comment with "love your videos" and Tommy's response was "well maybe if you actually pay some fucking attention you would see I was being hypothetical about it I wasn't wrong" yeah real mature tell off a fan who was just trying to help with a really mean spirited comment.

Ledvi
@Kolbjorn
There are multiple assholes in the brony community. After all, like everyone on the internet said. How did they say it again? Oh yeah. Like this. A-hem.

It's normal in every fandom

Also I stopped liking and favoriting NSFW two weeks ago because I find it pathetic that these images are getting more likes and favorites than SFW images. Say what you will about filtering them, but I also have the right to express my opinions.

3. They don't need to make a video stating they hate the fans. I mean, if you're popular to a certain fandom and you're making a shitload of money because of them, do you really think its a good idea to say something like that? Who knows? Perhaps they dislike them but they're doing it for money.

4. I never said you did send death threats etc. I was using that as an example to ridicule your statement on "Tommy Oliver is calling bronies idiots."

6. Well if a sensitive manchild-er I mean brony who cannot take a legit criticism from a guy who was so kind enough to add the skip the bad button (which by the way that is pretty fucking stupid for a fandom who would need such a thing on a little girl cartoon show review and not any other cartoons that's targeting at their age) and call him names, why should he?

Pagan
Gay Viking
@thps48
It's a possibility and as much as he acts hateful towards others I don't hate him I hope one day he can actually go back to how he was I'll even start watching his videos again and if it is depression I hope he can get support I know that feeling.
Posted 5 years ago Report
Link Quote Reply

Young Leosword
@Pagan
Sounds like the symptoms of depression, but I suppose I blame a lot of things on depression. lol

I'm still serious, though, when I say if one is experiencing events or anxieties that make one believe nothing good exists in reality, they should consider therapy, if there's the possibility of a strong, underlying emotion. ^_^

1. He was the first analysis person I saw and was part of my introduction to the fandom I liked him but as I found funnier more interesting youtubers I lost interest I never disagreed with his views then about 6 months later I come back to some his newer videos and they're nothing but hate spews hardly even any reviewing so I quit watching again then a few more months he posts his "I'm leaving the fandom" video and it was just wow he changed to think I used to like him.

2. Calling every fan and throwing every person in the fandom into one bucket and saying everyone in it is an idiot and that he was just using everyone is the worst possible thing he could have said.

3. Silver quill and KP don't make videos saying how much they hate their fans I'm perfectly fine with reviewers making money off what they do but when you rub it in peoples face and say it was all that matters that's when it gets problematic.

4. "why review it?" As I already said for the money read the comment.

5. I never said anything about death threats or that the fandom was a bunch of femanazis that's all on you if you don't like the fandom maybe you should just leave and do something you actually enjoy.

6. Ironic you should bring up criticism that's something Tommy couldn't take I saw him respond to legitimate criticism with name calling yeah that's real mature.

7. No I can't accept his apology but not because I have a grudge far from it as I said I liked Tommy a lot he was an introduction to the fandom for me but his apology was extremely fake you can tell he doesn't mean any of it if he can make a video apologizing that doesn't sound forced I'll forgive him.

Tommy was a great guy he did a lot of good things and I loved his videos but that was a long time ago he's changed if he wanted to leave the fandom and do other things that's great I'm happy for him but that's not what he did, he got mad at a few people and rather than ignore them he blamed all his fans that supported him for all that time and called them all insults he blamed the entire fandom for everything and that there are no good people in it and that he was just in it for money which again isn't a bad thing but he rubbed it in everyone's face as the only reason he cared and that his fans were just pawns he's not the kind person he used to be and it's a shame. I actually considered starting my own channel after watching him it hurts to see him act like this but this is what he is now and I won't forget it.

Oh yeah, because sending death threats to writers of a little girl show, draw, upvote, and jack off to MLP images, and start a meaningless flame war on the main character for having wings is something that normal fandoms would do. Honestly you make as much as a feminazi.

I have to ask you: If you dislike the fandom that bad why are you still here?

Ledvi
@PonyPon
And unfortunately, that's the sad part that this brony fanbase see from my comment. I'm defending him, therefore I'm the villain.
Posted 5 years ago Report
Link Quote Reply

Abandoned By Hope
@Ledvi
Making more sense regarding him than I usually hear.
Posted 5 years ago Report
Link Quote Reply

Ledvi
@Ledvi
Make as much sense as a feminazi.
Posted 5 years ago Report
Link Quote Reply

Ledvi
@Pagan
lol sounds like you just hate the guy and won't accept his apology videos. Maybe he said something bad about an episode or character you like and that's what made you hate him.

Not gonna lie, but there are some videos that I didn't like either, but that doesn't mean I should hate him like all other bronies.

Honestly, you guys should look up criticism. Or can you guys not take criticism?

But that doesn't mean there aren't any reviews he's done in the past that I didn't enjoy watching (such as Equestria Games episode), but should I hate him for that? No. More like disappointed.

Also are you listening to yourself when you typed this?

"He’s not a fan of the show he hates it"

So then why review it? That's like saying that I hate Call of Duty but I'm going to play it just so I can get popular, disregard that many other Youtubers are doing the same fucking thing.

Are you sure you're talking Tommy Oliver and not any other brony analysis? Cause last time I've checked, he's a Rarity and Luna fanboy, not Trixie.

"he called the fandom shit and that bronies are all idiots"

Oh yeah, because sending death threats to writers of a little girl show, draw, upvote, and jack off to MLP images, and start a meaningless flame war on the main character for having wings is something that normal fandoms would do. Honestly you make as much as a feminazi.

"that he only did the reviews for money"

And who's to say that brony youtubers such as Ilovekimpossiblealot and silver quill aren't? Perhaps they want money too and their way of viewing it is doing brony analysis/review. Perhaps that's how they get paid and they don't want to tell you guys about it because they too would get ridiculed and criticized for it.

I mean sure, they could say they're doing it because love the show or fandom, but they could also be lying about it just for more money.

Pagan
Gay Viking
@Ledvi
He's not a fan of the show he hates it and always talks shit about and he only likes it when Trixie's in it he called the fandom shit and that bronies are all idiots and that he only did the reviews for money and that's it and that his fans are the source of all his problems he's literally the oppisite of a brony.

He just recently made an "apology video" about it but he completely half assed it and he's still only doing it for the money and that he's still not interested in the fandom or show.

Yeah, say what you guys want about his actions, but last time I've checked a brony is a person who's a fan of MLP FIM, or is that word a meaningless title given to anyone just to make them feel better about watching a cartoon show targeted for little girls?

I don't even care about this argument but you used the worst example possible.

Ledvi
@Kolbjorn
Yes because we all know that only I'm the only person in the entire fandom who have thought of that. Sorry Silver-Quill, Tommy Oliver, and more who had the similar if not same thoughts as I, but your guy's thought doesn't count since you guys aren't bronies.

You're right about opinions. After all they are words. Which is why action speaks louder than words. Or should I say character's actions?

@Ledvi
Opinions are not facts

Ledvi
@PonyPon
But it is kinda true, whether they like to hear it or not.
Posted 5 years ago Report
Link Quote Reply

Abandoned By Hope
@Ledvi
Oh trust me, they have.

But just like Twilight, it's not a popular thing to say.