97blackbird
The fact that you are interrogating me is why I'm on the fire control panel.

"Of the E.S.F. SSgt Reckless, a modern, space exploration vessel!"

97blackbird
Hulu picked up season 9 a few months ago. It's been better than I expected, but still some cringe episodes. I'm still a 'season 1&2 R best' proponent, and largely felt they should have stopped at season 5, but the last three episodes of season nine were worth it. I genuinely LOL'ed, got the feels, and enjoyed the journey without looking at the time.
Posted 21 days ago Report
Link Quote Reply

Communist Starlight
Crushing inequality
@97blackbird
Well then, a binge for me it is then.
Posted 21 days ago Report
Link Quote Reply

No one flavor does it for me. But those are my usual choices

Communist Starlight
Crushing inequality
Medi-bat was sitting on the shoulder of someone new.
She didn't remember why, but the last thing she remembered was going to light speed.
The bridge was dirty, with terminals that looked like they crawled out of the 60's. Several awful looking and smelly people walked by, and several that looked like corpses with bio-mechanics in them, keeping them alive.

She blinked her cute little eyes in confusion.

A robotic voice spoke behind her. She flipped her heard all the way back in that cute little way that children do, and saw a person with several dezon mechanical limbs, lenses for eyes and a rebreather for a moth and nose, several wires connecting to those parts and leading to a strange backpack. He was dressed in red, and was holding some strange axe.
"The LiMBaP suits you, captain. As your Magos Biologus, I must insist on you keeping your health up."

Medi-Bat was very confused, and scared. She didn't know where joe was, or Blackbird, or the computer or Buggy or even that really weird communist that was just too drunk to do anything.

At first I was thinking Borg, but red, and wielding an axe… Oh, right. Wa-mer 40k

"Life expenctancy is 30x longer than a guardsman, about a day!"
Posted 7 days ago Report
Link Quote Reply 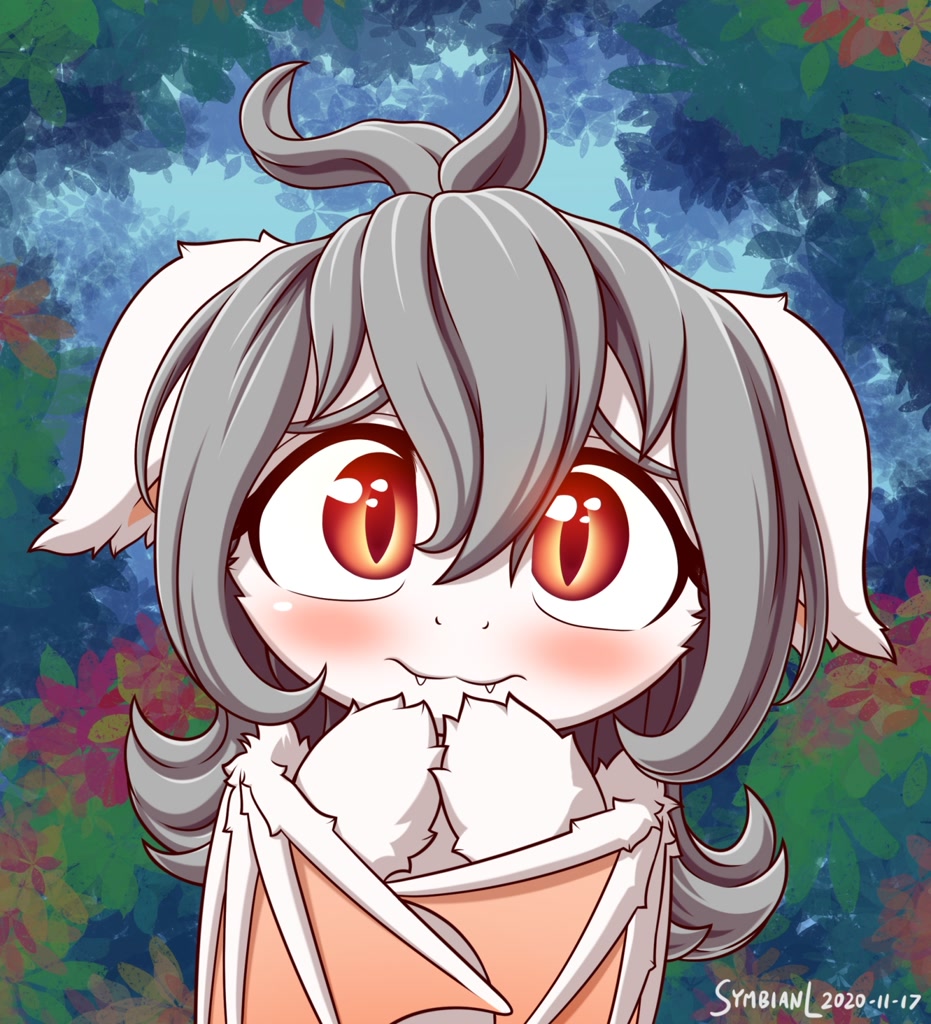 Communist Starlight
Crushing inequality
@97blackbird
We are the cult of cute, we follow the medi-bat
Posted 5 days ago Report
Link Quote Reply

97blackbird
The blank screen hadn’t changed for what seemed like an hour. The flashing cursor remained in the same place, dutifully flashing its readiness; apparently immune to the paralyzing boredom that had overtaken her. Medi looked again from the computer screen, to Blackbird, and back. Blackbird too, looked as blank as the screen, It was as though they were having a staring contest.

Medi blew a frustrated breath through pursed lips. “Um, Blackbird, forgive me for interrupting, but I thought that watching you write would involve a bit more-” Medi gestured to the keyboard “-button pushing, and stringing letters together on that screen.”

Blackbird’s mouth stretched into a weak, sympathetic, smile, then he looked down at the medibat. “Yeah, I thought there would be a bit more of that too.” He reached over and gently stroked the batpony. “Do you need anything? A drink, something to eat?”

Medi looked from her comfy, fluffy, towel-bed to her mostly full drink and her half-eaten mango slice. “Nope, I’ve been good for the past hour. And I don’t think the floor needs to be swept, nor does the fan speed need adjusting, nor do I think that your car’s oil needs changing.” Medi stood and marched over to the keyboard. “However, I do think you need to start pressing some of these buttons. I’m pretty sure that is what writers in this day-and-age do!”

She reached over and without looking hit the right-bracket key, repeatedly, “They press these buttons, and make words on the screen, and they do that for maybe an hour of each day.”

“Some writers have compared writing to ‘sitting at a keyboard and bleeding.’”

Medi’s eyes flashed red. “I can help with that.”

Blackbird pulled his hands back defensively. He chuckled, rubbing his hands together, “I thought that after the ‘introductions’ of the ship and characters were done, a plot-driven story would emerge, but I’ve been at a blank. Nothing is coming to mind.” He reached down and tapped the backspace key, removing the line of right-brackets.

“I don’t suppose you have any suggestions for writer’s block?”

“Easy to do,” Medi countered, “start writing and stop judging. Just write. No more backspaces, no re-reading what you wrote, just write.” Medi trotted back to her bed, “You can always edit later, but first you need something to edit.”

Blackbird looked at her, and then at the screen. He placed his hands on the keyboard, positioned his fingers by feel, and began to type.

Medi smiled. The clickety sounds were comforting like rain. She sipped her drink and laid down, staring at the expanding line of characters without reading them. If she had prohibited him from reading and judging, it was only fair that she too, followed the prohibition. And so, the writer wrote for an uninterrupted hour, clicking the keys in rapid staccato and then thoughtful plodding. But always making progress.

And the medibat enjoyed the process.

(Don't you hate it when batpony knows your business better than you?)