Not on weekdays, no; gotta make sure I’m good to work and I’m not a terribly big fan of performing manual labor while hungover. But hey, my weekends are still a-okay for partying.
Posted 2 years ago Report
Link Quote Reply

97blackbird
@Joseph Raszagal
I don’t know if you’ve heard of this before, but some writers actually eschew the Hemingway Method and do significant amounts of their writing while completely sober. (Though probably caffeinated)
Just a thought to consider, if the whole ‘writing without alcohol’ idea didn’t completely blow your mind…
Posted 2 years ago Report
Link Quote Reply

Emily Brickenbrackle III
@97blackbird
I don’t only write while wasted, yo, so no worries there. More or less, I’ll just have a lot less free time. I’ve been off-work for a few months now following a car accident, but I’m all healed up and ready to move boxes from one conveyor belt to another again.

If I could get payed to write silly fanfiction, I’d do that for a living in an instant, but as it stands now, working in a warehouse will have to do lol. The warehouse is Wayfair, by the way; I’ve heard through the grapevine that we’ve apparently got just what you need xD .
Posted 2 years ago Report
Link Quote Reply

97blackbird
@Joseph Raszagal
You don’t only write while wasted?
My image of you is blown! I feel duped and disillusioned on so many levels. The world will never be the same again! What’s next? Is there no Santa Clause?
Posted 2 years ago Report
Link Quote Reply

Emily Brickenbrackle III
@97blackbird
The truth is even worse than you think:

97blackbird
@Joseph Raszagal
You enjoyed that far too much.
At least Lucky Charms is real and actually does come from rainbows to be sold to the world by Leprichauns.

Would the faithful care to join me for midnight service? This symbolic yarn isn’t going to untangle itself~ X3
Posted 2 years ago Report
Link Quote Reply

A Cozy Morning in Space

[Medi-Bat and I are sitting at a small table in the ship’s galley enjoying a couple bowls of Lucky Charms. A usual breakfast for us, the great heroes of space that we obviously are. We say our meal-time grace to Lord Mitten first, obviously. Don’t wanna risk sacrilege this early in the day, right?]

[My bowl of om-noms is, of course, fairly normal-sized, but my bat buddy’s is so tiny that it can only hold around 9 or 10 bits of cereal at any given time. Seeing as how no spoons befitting her size would hold such comparatively large pieces of cereal, Medi skips the utensils entirely and holds each piece with both of her forehooves, nibbling on them in the sort of way that a hamster or a squirrel might. It’s as painfully cute as it sounds.]

“Your sugar levels were pretty low this morning, Master, so make sure to get a few more marshmallows, okies?”

Me: “No worries, yo. I’ll pour myself another bowl.”

[Medi smiles wide and grabs a mashmallow for herself, chomping down. Her favorites are the rainbows, mostly just because she really likes rainbows.]

Me: “You know, this is nice. A slow morning, a bowl of cereal, and some nice company; nothing crazy or strange happening, no dire circumstances threatening to obliterate us. Why can’t every day be like this?”

“I dunno, Master. Seems like weirdness just gravitates to us or something.” [Om nom nom] “Not everypony can say they’ve crossed multiple realities or defeated the Borg with nothing but booze.”

Me: “That was pretty nuts. We’re just lucky they party like lightweights. Heh.”

[Surprisingly, nothing insane happens, even though we just totally tempted fate right there. I know, I’m surprised too. Usually, this would be when I’d tell you that a black hole just appeared six feet to our left or something either equally or even more upsetting.]

[But nope, we just enjoy our breakfast in peace, turn on the TV after we’re done, and watch some silly cartoons for the rest of the day. Medi whips up some popcorn and happily enjoys it in the same manner as she did with her cereal, like the cutest little bat-pony-hamster amalgamation in the universe.]

[Every once in a while the ship’s computer says something sarcastic, but that’s alright. For once, everything’s aces.]

Gone to Ponybooru
dat edit reason…oh dear god, have I started another cult on this site? XP

How many cults have I started now? First it was the Magic 8-Ball, then The Path of Floof and now this.

Emily Brickenbrackle III
@FeatherTrap
No worries, yo. Mittens is an old joke from a dead Fanfic I wrote back in 2012.

With that said, you could always flesh out the faith for me xD . Let’s do this and make a legit cult!
Posted 2 years ago Report
Link Quote Reply

@Joseph Raszagal
That sounds fun. Whenever I hear ‘Mittens’, I think of The Film Crew, when they riffed Killers from Space. One of the ‘evil aliens,’ with ping pong ball eyes, was wearing a onesie with…integrated mittens. Every time the movie showed it, Kevin said “MITTENS!” almost the way Crow/Trace would say “KITTIES!” going all the way back through MST3k history.

And yes, I still need to catch up. Real-life stuff going on here is keeping me busy, as well. But hey, if you’re ever unemployed, half-buzzed, and thinking about Pones, you know what to do. :D

Emily Brickenbrackle III
@Communist Starlight
NO, DON’T GO UP INTO THE ATTIC, YOU IDIOT! THE KILLER’S UP THERE WITH A BUTCHER’S KNIFE RIGHT NOW! USE YOUR BRAIN, DAMMIT! And now the PMs are invading the forums! Dear God, it’s so meta! xD

And yes, no worries there. On my weekends, when I’m nice and buzzed, or after I get home from work every so often, there’ll be new silliness for you to read. Always, the silliness.

I thought the same thing…but with a lot more mean words that would probably get me banned… >.<
Posted 2 years ago Report
Link Quote Reply

Communist Starlight
Crushing inequality
@FeatherTrap
Wai- wuh…? Why would anyone thing such mean things against me???
;-;
Posted 2 years ago Report
Link Quote Reply

Emily Brickenbrackle III
@Communist Starlight
I was waiting for you to come in and defend yourself so I could back you up, yo.

You know, so I don’t just look like a creepy white knight xD .

So long as you know you’re the best communist, that’s all that matters.

Also, I’m thinking of making a giant image macro featuring text depicting one of Medi’s next adventures. It’ll have tons of irrelevant crap in it, if I decide to whip it up. Sound like a decent idea?

I mean, it’s the weekend now and it’s not like I have anything better to do outside of going to get groceries xD .
Posted 2 years ago Report
Link Quote Reply

You announced it was the weekend a full day ago.

My intake of cute is to low to sustain life.

I need my dose of Medi-Bat-Pony.

I will now sing you the song of my people


@FeatherTrap
I’m a communist, and I’m cute doing it. Deal with it!
Posted 2 years ago Report
Link Quote Reply

Emily Brickenbrackle III
@97blackbird
That was last night, yo. I started working on it, aided by my assistant, Jack Daniels.

Monster hangover right now, however. Prices must be paid xD .

Nap time now, Medi-Bat when I wake up.

@Communist Starlight
The USSR definitely would have benefited from some extra cuteness.

@BigBuggyBastage
Wait, when did I get siblings? o.o
Posted 2 years ago Report
Link Quote Reply

Go fsck yourself
@Joseph Raszagal
LoL Oh man, I dunno why I didn’t see the connection before, with your name. XD

I had a very different ‘Uncle Joe’ in mind when I wrote that: 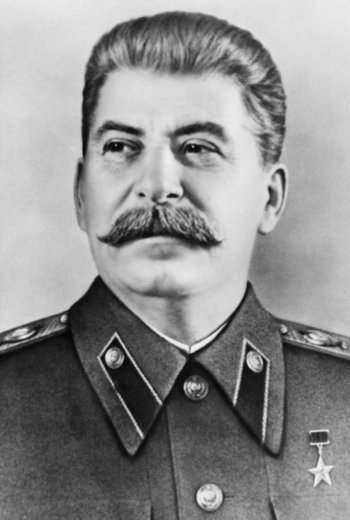 Emily Brickenbrackle III
@BigBuggyBastage
No worries, yo, I know who you meant. I’m pretty proud of being the main Joe on campus sometimes, but… well, The Man of Steel’s reputation definitely precedes him.

Besides, I don’t think that’s the kind of fame I’d ever like to have.

Also, I have a gift for all of you! I made you all that thing I promised: