Applepie2010
Nostalgia Nerd
NSFW. For Arutti. A moon had passed since Twilight had moved into Ponyville. Diamond Tiara and Silver Spoon they both went to their cute cenera in Sugarcube Corner that Weekend in May.That was the first time that the Cutie Mark Crusaders had been at the cute cenera after gathering for the first that year. Sugarcube Corner had been decorated with streamers and big colorful shiny balloons in many shapes that afternoon. There was cakes, sweets, treats and fruits of all kinds from all over Equestria at that cute cenera party. The guests they was including Pokey Pierce, and a group of school ponies like Noi and Twist from the Ponyville school. The latest summer hit records they were playing in the background, and some of the ponies they danced along to the songs.

“I will like to welcome you to my annual cute cenera here in Sugarcube Corner.” Diamond Tiara told the crowd of ponies and smiled.

Diamond Tiara was later on blowing air in a very long, bended, shiny, clear and blue balloon. The little filly felt how the long rubber body grew between her hooves. Diamond Tiara, Noi, Dinky and Silver Spoon were then standing and grabbing and releasing the long blue loudly squeaking shiny balloon body with their hooves in over an hour. While Diamond Tiara was nervous of balloons, were she ecstatic too by feeling the soft shiny rubber skin. Twist had also showed up.

“Hey Twist nice to see you again.” Diamond Tiara told the filly and gave a smile. 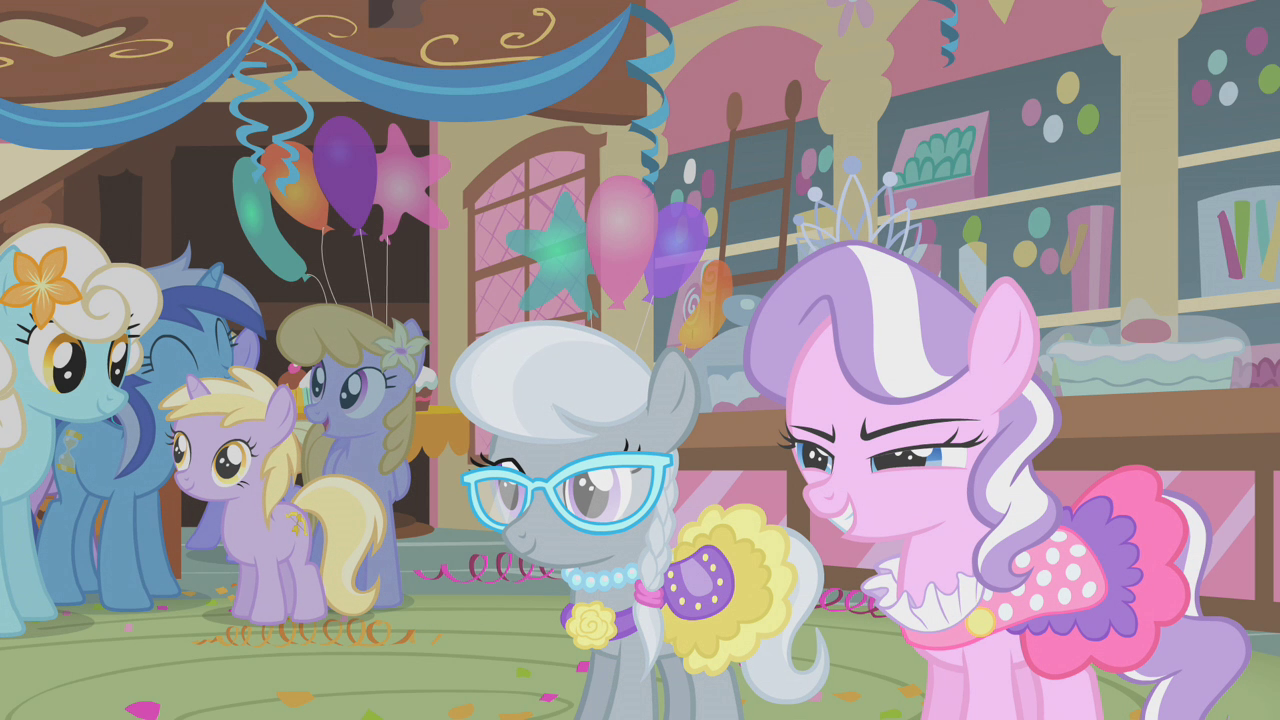