In the memory of Canterlot Gardens

Applepie2010
Nostalgia Nerd
It was under the coronation for Twilight Sparkle that was taking Princess Luna and Princess Celestia’s places in Canterlot one friday afternoon in October. The yaks was some of the many guests in the big crowd in the Canterlot gardens that was decorated with very large, round balloons in many colors, and there was many amumsement stands too. The four horny bovines they grabbed a very large, creaking, round balloon with their hooves from the afternoon until the evening. Then was one of the cows brushing a very large, creaking, round balloon against Prince Rutherford’s static hair that covered his eyes and his two hot hard horns as the cow rubbed himself between his legs by feeling the soft balloon brush him from the afternoon until the evening. 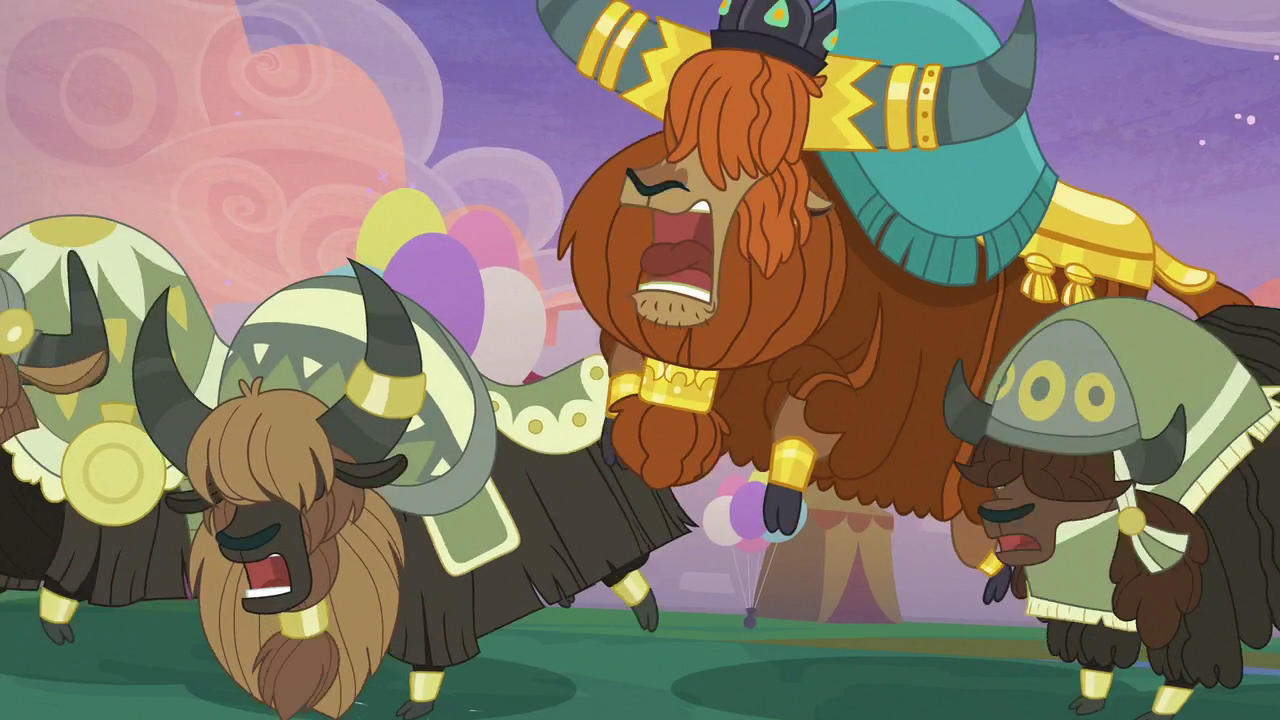