Applepie2021
Nostalgia Purist
A group of beavers including Trixie, Snips and Snails were together by a huge, shiny and clear dome that had been covering all of Ponyville. Trixie had finally been buying that old and very rare alicorn amulet in a Canterlot alley store that last evening. So now Trixie had made a large glass dome that only alicorns could make so big it could cover a whole town. Ponies thought that the alicorn amulet only had been found in old fairytale books. But at least Trixie had been buying that amulet. Trixie had been running around all over Equestria for moons to find that amulet. From Manehattan, Trottingham and on. It had also been moons since Trixie had been in Ponyville since her first meeting with a younger Twilight way back then. Now Trixie had returned to Ponyville after so long. Snips and Snails, had been following Trixie around Equestria under her shows since they were younger. There at the dome were the beavers working, while Snips and Snails they both carried a carriage with Trixie on it near an orchard. The beavers were petting the soft and creaking dome with their tales for nearly three hours. Later on was three beavers giving Snips, Snails and Trixie a long hornjob by rubbing their paws against their hot horns. Snips felt one of the beavers gave his little bulge on his head a lengthy rubbing. Later on were Trixie petting, kissing and hugging the huge squeaking balloon like shield and in the meanwhile had Snips and Snails been giving each other a long hornjob on shift. 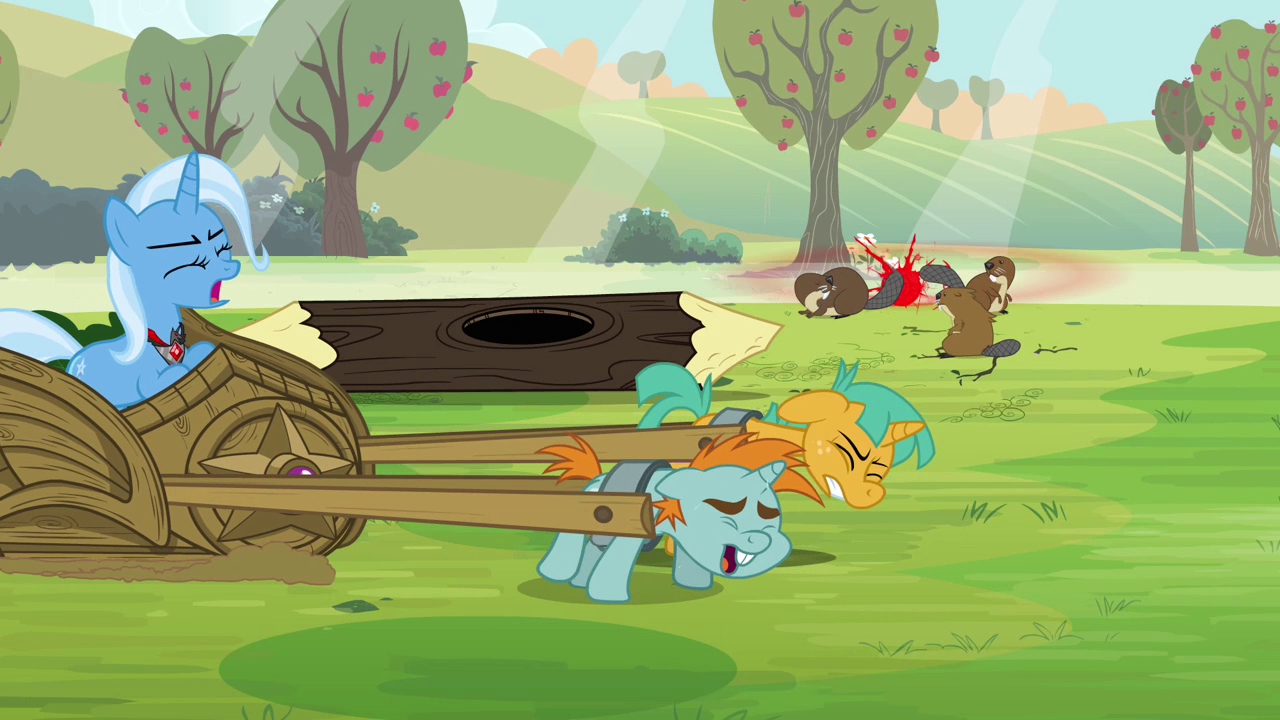