Lover of WAM and rap
@Joey
Even so, I talked with the artist, and he gave me permission to use the images I used to make the images that were removed.
Posted 3 years ago Report
Link Quote Reply

Collab Overlord
PM me your cute OCs
@InuYami
Do you have proof that you talked to the artist?
Posted 3 years ago Report
Link Quote Reply
InuYami

Lover of WAM and rap
@Joey
Copied straight from my notes to the user from DeviantART: 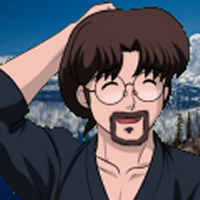 Every image I’ve uploaded has been removed.

The listed reasons are ‘Rule 1: Artist DNP’ and ‘System deduplication’

Ranmabooks.com is on the DNP list as “Artist Upload only”. That should mean (to anyone who speaks even basic English) that the artist or artist group who produced these images (That’s me; easily verifiable staff member of Ranmabooks.com) is permitted to upload their own content, AND that other parties who ALSO uploaded duplicates of our proprietary images (without consulting us) should have their rule#1-breaking versions of the images deleted, NOT the valid ones removed for being “duplicates” just because they were uploaded 2nd, by the party with the legal right to release them to the public.

Does no one READ the uploader notes before jumping on the deletion button? >.<
Posted 3 years ago Report
Link Quote Reply

Collab Overlord
PM me your cute OCs
@Hinoron
We received a complaint Ranmabooks asking us to remove all of their content from our site and prevent any future uploads. As we respect the rights and wishes of creators, we immediately complied with their request. The person who submitted the complaint did not make any indication that there would be authorized uploads in the future.

When it comes to “Artist Upload Only” DNPs, we have a process for verifying who the artist(s) is/are, and once they’re verified, they can continue submitting their own work. This is to protect the right’s of the artist to ensure that someone’s not trying to impersonate them. You’ve not gone through that process, so that’s why the images were deleted.

Normally verification is performed by requesting a user link. But if you like, I handled the initial takedown request, I still have the emails that were sent to us, and I can just reach out to the guy who submitted the request, verify that you are who you say you are, and get everything squared away.
Posted 3 years ago Report
Link Quote Reply
InuYami

Lover of WAM and rap
@Joey
That’s kinda like me, too.
Posted 3 years ago Report
Link Quote Reply

Hmm, well I can start with this: The staff page of our site, Ranmabooks.com. That’s me, 2nd one down. I can’t say I ever used the site-based email address though. I already had one and didn’t really want another. My email for all anime/hentai/non-work related internet matters has been hinoron1@hotmail.com since… well, since there was a “hotmail”. :P AFAIK, I am the only “Hinoron” on the Internet. If another has popped up, then I’m certainly the oldest. :P I use the same avatar everywhere (sourced from one of our own comics, in fact) so there’s that consistancy.

I’m not certain who reported these as “stolen” but I strongly doubt it was any of our staff (whose names are also on the above-linked list). While we’ve split up the work, we’re all quite on board with the selective sharing of some of our content, and they certainly know my name.


RE Userlinks: the original images are behind our password wall, so I obviously can’t link those. What we’ve begun doing in the last year to try and encourage more visitors is designate some of our content as approved for sharing, and post them in public galleries. Images we’ve approved to be shared freely are marked with this rather self-evident logo: Basically if the relatively smaller % of images we’ve produced that we’ve distinguished by this mark are widely distributed, we’re not only cool with that, we’re happy to get more eyes on our work (WITH our name and site address included of course, so that people who’d like to see what else we’ve done can find us easily).

Several members of our stafflist are taking charge of the “sharing projects”/social media campaign/free advertising. Other platforms that I’m personally taking charge of are:
– e-hentai.org image gallery (which contains a couple MLP crossover images of ours also, if not so many as I shared here at Derpibooru)
– pinup videos on sites like Pornhub and Xvideo.com
–…and, I’d thought, perhaps Derpibooru as well… at least for our modest collection of MLP crossover images. We’ve got quite a few MLP fans over at our Ranma 1/2 site, for whatever reason. They’ve commissioned more than a few over the years. One of whom made the request of me to officially share his commission here, on your site (which I had admittedly not heard of, being a casual MLP fan at best; cross-site-sharing works in BOTH our interests! ;) ). I approved, and decided if we were going to share ONE of our crossover pinups here, why not all of them, to make a more significant contribution! If we make more MLP crossovers (which a presence on your site would only encourage, I should think) I’ll add them here as well once they’re approved for sharing. At minimum, I can promise a very high art standard. All our art teams are paid professionals.

So… I could certainly link one or two of the sharable-approved MLP images we’ve also posted to the e-hentai.org gallery (not all the MLP ones I shared here are there though) but that’s technically not our site, is it? We DID however, have similar problems creating a Shareable-approved gallery there at first, what with them having respected our DNP and takedown requests for a decade prior (pirates seem to love us… especially our full-length and colour comics. >.> ) Few UGC sites are really prepared to deal with “we’re willing to share these, but not EVERYTHING we’ve ever drawn” it seems. Kind of a new idea?
Well, we’ve worked it out with them and haven’t had any issues with the Shareable gallery since, so that’s a form of 3rd-party vetting, at least.

Any of this helping validate me? Would you like some emails confirming my identity from other members of our staff, from the specific email addresses listed on our staff page?
Posted 3 years ago Report
Edited 3 years ago
Link Quote Reply
InuYami

Collab Overlord
PM me your cute OCs
@Hinoron
I sent an email to your address listed on https://ranmabooks.com/About.php - just reply for that, and I can use that to verify your identity and get your userlinks setup.

@InuYami
I still need proof that you have permission. Pasting text from a DA conversation is not really acceptable, as anyone can fake that pretty easily. Is there any public statement from the artist saying it was ok for you to post it?

Lover of WAM and rap
@Joey
Didn’t you read this?

Collab Overlord
PM me your cute OCs
@InuYami
Yes, I read that, but it doesn’t mean anything to me. That’s just text, and I have no way to prove you didn’t just write it or alter it. Copy/pasted text is not a reliable form of verification.
Posted 3 years ago Report
Link Quote Reply

Sleep isn't real.
@InuYami
Mate if you still have the notes, just screencap them and PM Joey and such.

Sorry for butting in @Joey, just wanted to help out.

Lover of WAM and rap
@Joey
Well, if text won’t convince you…

…then this will. https://i.imgur.com/XX9AH7w.png
Posted 3 years ago Report
Link Quote Reply

Looking For My Doctor
@InuYami
You seem to be missing something that Joey said:

@InuYami
… Pasting text from a DA conversation is not really acceptable, as anyone can fake that pretty easily. Is there any public statement from the artist saying it was ok for you to post it?

I’m not saying that you’re faking that note, but those kinds of private “proof” are super easy to fake, and not really proof of anything. fluffy sylveon
@Derpy Whooves
The text there looks slightly different from the rest, so you can tell it’s probably fake. That being said, if you use Inspect Element or something (like I did for the picture I linked above) there’s literally no way to tell.
Posted 3 years ago Report
Link Quote Reply

Looking For My Doctor
@SuperSupermario24
Yeah, that’s why we don’t use those kinds of things as verification of someone’s identity.
Posted 3 years ago Report
Link Quote Reply
InuYami

Lover of WAM and rap
That’s true. But still, I hope my image is proof enough. That, and ShutterflyEQD really did approve me. Why not ask him?
Posted 3 years ago Report
Edited 3 years ago
Link Quote Reply

Looking For My Doctor
I have spoken with ShutterflyEQD.

ShutterflyEQD asked for them to be deleted as a part of their No Edits/Do Not Post/Takedown. I worked with them to go through all of the images which they asked us to delete, which did include all three of your edits. The edits of their work that are on still on our site are the only three edits that ShutterflyEQD wishes to have on our site. When the deletions were all done, ShutterflyEQD confirmed that the remaining edits were the only edits they wanted on the site.

As the copyright holder of their work, they retain all rights to all derivative works (which includes edits), and we are respecting their wishes and their rights. If they gave you permission prior to their takedown, the takedown takes precedence.

If you had something that could be validated as being a statement from the artist that was received since the takedown, and if the artist had not asked for those edits to be deleted themselves, we would have asked the artist if they were ok with the images being on the site.

But as it stands, as a general practice, we try to not bother artists about claims other people are making that can’t be publicly substantiated, and about images that the artist themselves have asked us to delete.

I hope this additional information is helpful, and I’m sorry if this is starting to sound repetitive, but the answer hasn’t changed since Joey’s initial reply:

Lover of WAM and rap
@Derpy Whooves
Then maybe I could reupload them as long as I could mention Edited or Used with permission.
Posted 3 years ago Report
Link Quote Reply

Collab Overlord
PM me your cute OCs
Based on what Derpy said, it sounds like that permission was rescinded. You may not reupload the images, end of discussion.
Posted 3 years ago Report
Link Quote Reply
Interested in advertising on Derpibooru? Click here for information!