This Pony Does Not Exist character tags 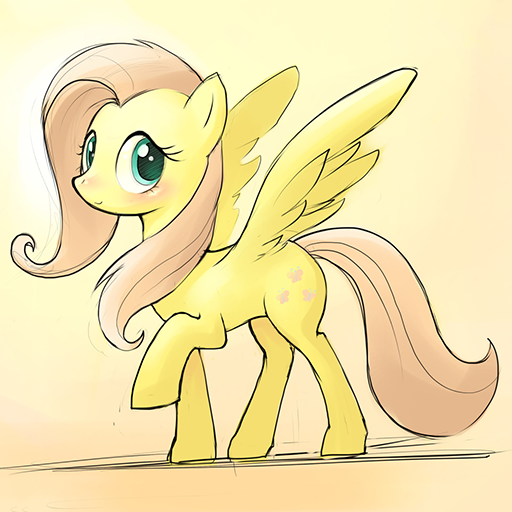 Pone Addict
What is the general opinion on tagging characters on images generated by the thisponydoesnotexist.net AI?

The AI of course doesn't have a concept of generating a specific character, but the training data is so biased towards popular canon characters that it tends do generate perfect reproductions of many of the characters. Even the FAQ on the website says that these ponies might actually exist, only the specific images of them don't. The name is only a reference to previous sites like "This Fursona Does Not Exist".

Up until now I've seen characters being tagged when the image clearly looks like the character, and that follows the guideline "tag what you see". Then apparently some user decided to single-handedly remove all character tags from these images and replace them with the oc tag. I haven't seen a discussion about this here, and I don't think tagging everything as just oc is very helpful, which makes it impossible to search for characters you're looking for.
Posted 23 days ago Report
Link Quote Reply

Site Moderator
Undead inside
I told Rainboom to untag character names. OC is a better descriptor as it just presents bias to tag them as anything that as an actual name. It doesn't really matter who or what it looks like, it's not an actual character or drawing of them.
Posted 23 days ago Report
Link Quote Reply

Pone Addict
I have to say I disagree. What if the neural network was only trained on images of one character? There would be no question that the network is "trying" to "draw" that character.

It's the same thing here. Because a few characters make up most of the dataset, the network has learned that a pony just looks like one of those characters. And when you look at the images in my first example, I don't think anyone can really argue that it doesn't look like the respective character.

The images are also all tagged pony and female, but you can't say that the network only tries to "draw" mares. The training data also contained stallions and other species. If we're going down that route, we can't tag the images at all because the neural network doesn't "know" what it's generating.
But I think that's just silly. When it comes to an "artist" that doesn't know what it's drawing, we should tag what we see.

(And as a side note, for the fursona network there is an editor that lets people tune parameters to generate images they want. It's highly likely that that will be released for the pony version too. Then we'll get images that are generated by the network but controlled by people. Who will be the artist for that? And then when I deliberately tune the sliders to get an image of Fluttershy, there isn't even the question if it's supposed to look like Fluttershy, because there is a human with intent.)

Site Moderator
Undead inside
It looks like it, sure, but it wouldn't be fair to lump it in with the rest and it's still one big assumption and people will of course ONLY do it with main characters and nothig else. Best to have none of them have character tagsinstead of playing games.
Posted 23 days ago Report
Link Quote Reply

Pone Addict
It only applies to main characters because they are the only ones frequent enough in the dataset that they are exactly reproduced by the network (but I also would have no problem if someone tags a random background pony or OC if the image looks exactly like it).

But I don't see how tagging these images would be "lumping them in" with other images (tagged as that specific character, I assume), because for someone who doesn't know about this they are absolutely indistinguishable from other images of that character. 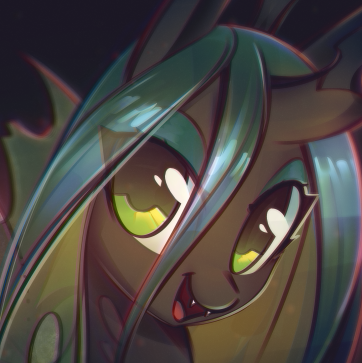 Here's a copy of the post I wrote before I discovered this one:

Have a look at this search. Today, 2020-07-17, you'll see it contains a lot of images that should be tagged fluttershy, twilight sparkle, etc. but aren't. I've tried tagging them, but it turns out that not everybody agrees on whether these images should receive the character tags.

This is due to thisponydoesnotexist being an AI (a generative adversarial network to be specific), and to the name of the site: "This Pony Does Not Exist"… if the pony does not exist, it cannot be a know character, and must be a new OC each time…

So here are two questions:

Note that in the case of (A2) we still need to decide if the person selecting the image in the pool generated by the AI has the value of an author, in the absence of any other author (yes (A2.1)) (no (A2.2)). Please also note that there are thisponydoesnotexist images tagged "not fluttershy" by the uploader, so the difference between (A1) and (A2.1) matters.

- (B) (from a more practical viewpoint) What should we do about the tagging conflict of the thisponydoesnotexist images?

So yes, LightningBolt, I believe you should look into question (A), — how do we tag images?
Posted 23 days ago Report
Edited 23 days ago
Link Quote Reply

Pubilq Phirm
@Cloppershy
I agree with your reasoning that they should earn character tags for this exact reason: if it looks indistinguishable from Rainbow Dash, it should be tagged as Rainbow Dash.
Posted 23 days ago Report
Link Quote Reply 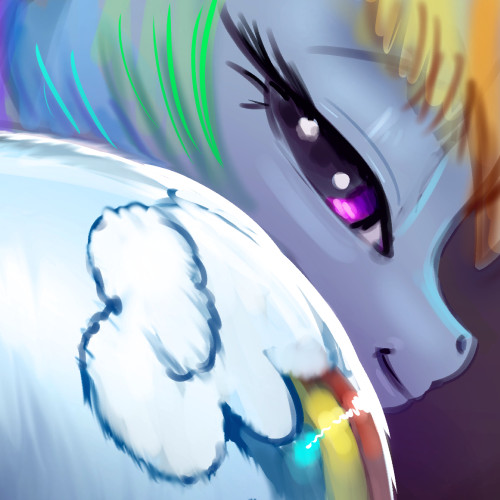 Is the description "Do not tag these with canon character tags no matter how they look." Is this some official mods decision?

Also, if I redraw the ai-generated picture of Rainbow Dash or use it as reference, does it make my drawn character non-Rainbow Dash?

Why any reason to not tag as this character?

Sometimes there are slight deviations like other eye color, they can be tagged too. There are some "grey zone" for some outputs when there are too much deviations, but why remove tags when the ouput have exactly all features of the character without any ambiguity?

Pone Addict
@hexado
I fully agree with your points.

I could take one of the generated images I like, edit out the artifacts to clean it up, maybe slightly color correct it if the colors don't match, and upload that as an edit. I would have to tag it fluttershy because I clearly had authorial intent to make it Fluttershy, and not any other pony. I just used the generated "OC" as a starting point. And my edit would still be indistinguishable from a generated image for any outsider.
(Edit: Looks like someone did it already >>2400563)

Or what I could do is draw a Fluttershy image, but then tag it as oc and link to one of the generated images as a reference. I will insist that it is not Fluttershy, but the OC generated by the AI.

Do not tag these with canon character tags no matter how they look.

(origin)
If most people agree to just tag what we see, someone needs to update the artist description.
Posted 22 days ago Report
Edited 22 days ago
Link Quote Reply

Site Moderator
While AI uses canon/oc characters as training base and results of course looks similar to the training base, keep in mind, that there is still a huge difference:

Unlike artists, who are specifically intended to draw something ("today I gonna draw some Fluttershy") and expecting specific results of their work, this AI just generates art. You can't tell this AI "please draw Fluttershy". If they produce something, that looks like Fluttershy, you can't ask it "do you know, what did you just draw?", because it didn't (and you didn't) ever chose, which pony to draw.

Until there is no AI, which you can ask for an art of specific character, or which will at least mark resulting characters, results should not be tagged as them. We allow tagging 15.ai results with characters because of this.

A Chinese brony
@loxaxs
I agree. Sometimes we upload ThisPonyDoesNotExist pics just because they look like a specific canon character. (?)
Posted 22 days ago Report
Edited 22 days ago
Link Quote Reply

Site Moderator
@loxaxs
Maybe we will figure out some prefix for this.
Posted 22 days ago Report
Link Quote Reply 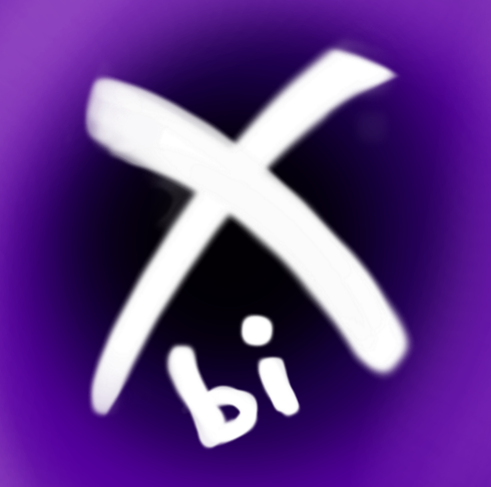 Also, artist can use random dices to randomly select pictures from derpibooru to mix them. There is no difference if program roll dices.

If I totally randombly choose pictures to trace and features of some random character, it still will be trace of one picture with features of this some character, which can fall under DNP of original artist. If some program perform this trace, it causes the same results.

* The ponies might actually already exist, but these specific images of them do not.

This is from the AI's website. The AI('s maintainer) admits that images of already existing characters can be produced.

Again, the AI itself doesn't tell who it's drawing, so I guess we really should just tag what we see.


Because random generator in artist mind has multiple steps, and choosing the character to draw — is one of them.

Also, it is was AI generator developer intention, to take existing characters into training set.


Right now it's a question of realization, you cannot be 100% sure, that this "Rainbow Dash" was generated solely by "Rainbow Dash" pics. And it causes huge amount of borderline cases:
- should this be tagged as Rainbow Dash? Canon character does not have a horn — https://thisponydoesnotexist.net/v1/w2x-redo/jpgs/seed91950.jpg
- should this be tagged as Pinkie Pie? Canon character does not have a white line in mane and horn — https://thisponydoesnotexist.net/v1/w2x-redo/jpgs/seed62816.jpg
- should this be tagged as Rarity? There are dozens of OCs with more similar design — https://thisponydoesnotexist.net/v1/w2x-redo/jpgs/seed64832.jpg

Difference with your case is that you intentionally fed only Fluttershy pics. Result of uncontrollable mix of multiple character is really pain to moderate.

Oh, and wait until some artists will recognize their style and ask to tag them.
Posted 22 days ago Report
Edited 22 days ago
Link Quote Reply

A Chinese brony
@stsyn
Gosh, that makes a lot of sense. I'm about to change my mind…

How about this. No matter how they look, don't add character tags, but just pony, oc, unnamed oc. Visible horn/wings should be tagged. If it really looks like a canon character, tag not [character].

*sigh* This is how tags work: nothing can be fully defined by just tags.