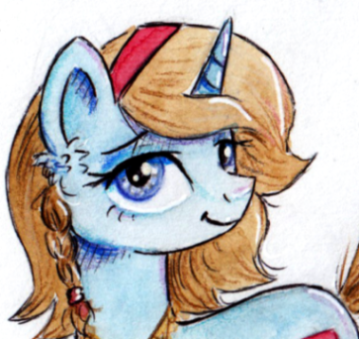 How about we add description to "looking sideways": character looks at a direction other than where they're facing.
Posted 17 days ago Report
Link Quote Reply

How about we add description to "looking sideways": character looks at a direction other than where they're facing.

Some people didn't seem to notice the difference.

Can anything be done? Adding an 'Implies' to the latter tag, tag-name alteration or something else?


Posted 16 days ago Report
Link Quote Reply
Background Pony #52BA
Since equestria girls aren't human, should human ponidox not be used for them, or is it indicated to be OK since "human ponidox" does not imply the tag "human"? If not, is there anything more specific than self ponidox to use for EQG+pony?

How about we add description to "looking sideways": character looks at a direction other than where they're facing.


Fair enough. Still, I believe the others should be merged.

Administrator
Site Developer
Tag Czar
@Background Pony #7C7A
Not sure on these minor distinctions, but since "plotshot" is already aliased into "butt only", I think "butt shot" could meet the same fate.

@saby
Do note "need to poop" also exists; "potty time" is just an umbrella that doesn't care which of the two types of bodily waste it is that you need a toilet for.

@lincolnbrewsterfan
Aliased for now, might need to do further cleanup and aggregation.

@Pulse Wave
There's some complications with these, and not just the meme phrases; we ideally should split text and visual censoring better I think.

@Algebroot Neogears
I think "mecha pony" is a very specific kind. We'll find out more when the Pony Life episode airs. If it turns out they're very generic, then it'll just be aliased, but otherwise, an implication is probably best.

@Background Pony #52BA
With "x-ray", you're seeing what's inside something, from the outside, while "internal" is just inside a body. There's a lot of overlap, but neither encompasses the other.

@Markiz93
The old episodes don't, but the new ones do.

@Brainless-Mind
They seem pretty distinct in semantics. Might be people choosing the wrong tag suggestion when they don't know, so a name change on the latter could help.

@Background Pony #84F6
Proportions, mostly. Really, I think we will be changing this sometime soonish, but it'll be tricky.
Posted 13 days ago Report
Link Quote Reply

Who else thinks that one should be made for pony/hippogriff hybrids?

There's also the cases of these two tags, among others, in relation to the subject:

Not to mention this odd one out.

that sounds a little awkward though 😅

@lincolnbrewsterfan
Aliased for now, might need to do further cleanup and aggregation.

Lincoln Brewster time
Can my ponysona's tag be set to imply ponified, since she really is me ponified? Thanks 😁
Posted 7 days ago Report
Link Quote Reply

Just smile! :D
What does the tags "Dock" and "Palindrone get" means? I've seen them in images that have nothing in common eachother.
Posted 6 days ago Report
Link Quote Reply

From the tag description for dock : "The visible underside of a pony's tail where hair does not grow. Usually seen in rear views or with raised tails."

"Get" tags in general are meta tags, referencing the picture number on Derpibooru, rather than anything in the picture itself. So "palindrome get" applies to images where the number is a palindrome.

Can my ponysona's tag be set to imply ponified, since she really is me ponified? Thanks 😁


Does it already imply ponysona? We've got that tag as well.