OC maker
Is it stupid of me to add a tag for merch with a plus rating a.k.a +5, +6, etc.?
Posted 8 months ago Report
Edited 8 months ago
Link Quote Reply

Moderator
extra fun at parties
@TheGamerPainter
…yes. Such tags would be both useless and confusing.
Posted 8 months ago Report
Link Quote Reply

Pubilq Phirm
@TheGamerPainter
Plus rating? As in the number of images with that particular tag or as in something else?
Posted 8 months ago Report
Link Quote Reply
Background Pony #52BA
@Vinyl Fluff
@Mad Black
@Vinyl Fluff
(slight discussion from 4 years ago; does not really answer my question)

How flat must one be to count as delicious flat chest vs. small breasts? I think of it like “hard to tell apart from prepubescence (not counting other attributes), or a non-obese male; barely any curve”
Are those tags even referring to different levels of measure, like “big breasts” vs. “huge breasts”, or is “delicious flat chest” talking about some other parallel quality?
If the former, similar to the way that the larger measures imply all levels closer to “non-notable default size”/”reasonably sized”, should “delicious flat chest” imply “small breasts”? Right now, it does not.
@Zeb
Welp, that hasn’t held up (440 results at time of posting)
Although, despite the tag’s wording being risqué (I have the same reservation about “face down ass up”), because the current definition of the “safe” rating does not completely exclude attractive or arousing pictures, it might be fine now.
Posted 8 months ago Report
Edited 8 months ago
Link Quote Reply
Background Pony #52BA
@TheGamerPainter
Like, philosophically? Dunno.
In terms of tagging (because this is the tagging discussion thread), it depends on other things. If they are in the art style of Equestria Girls, it might be ponied up, but that’s a particular magical state and you’d have to look at the context of the image to figure that out. If they look human instead, eared humanization would apply. If they are also a tailed humanization, and especially if they have a slightly animal-like demeanor but still mostly look human - think “catgirl” but for whatever animal - they might be a kemonomimi (but that’s not a tag that’s used much on Derpibooru).
Posted 8 months ago Report
Link Quote Reply

OC maker
@Background Pony #52BA
You know on kids toys there’s a rating on the tag/box like LEGO for example! 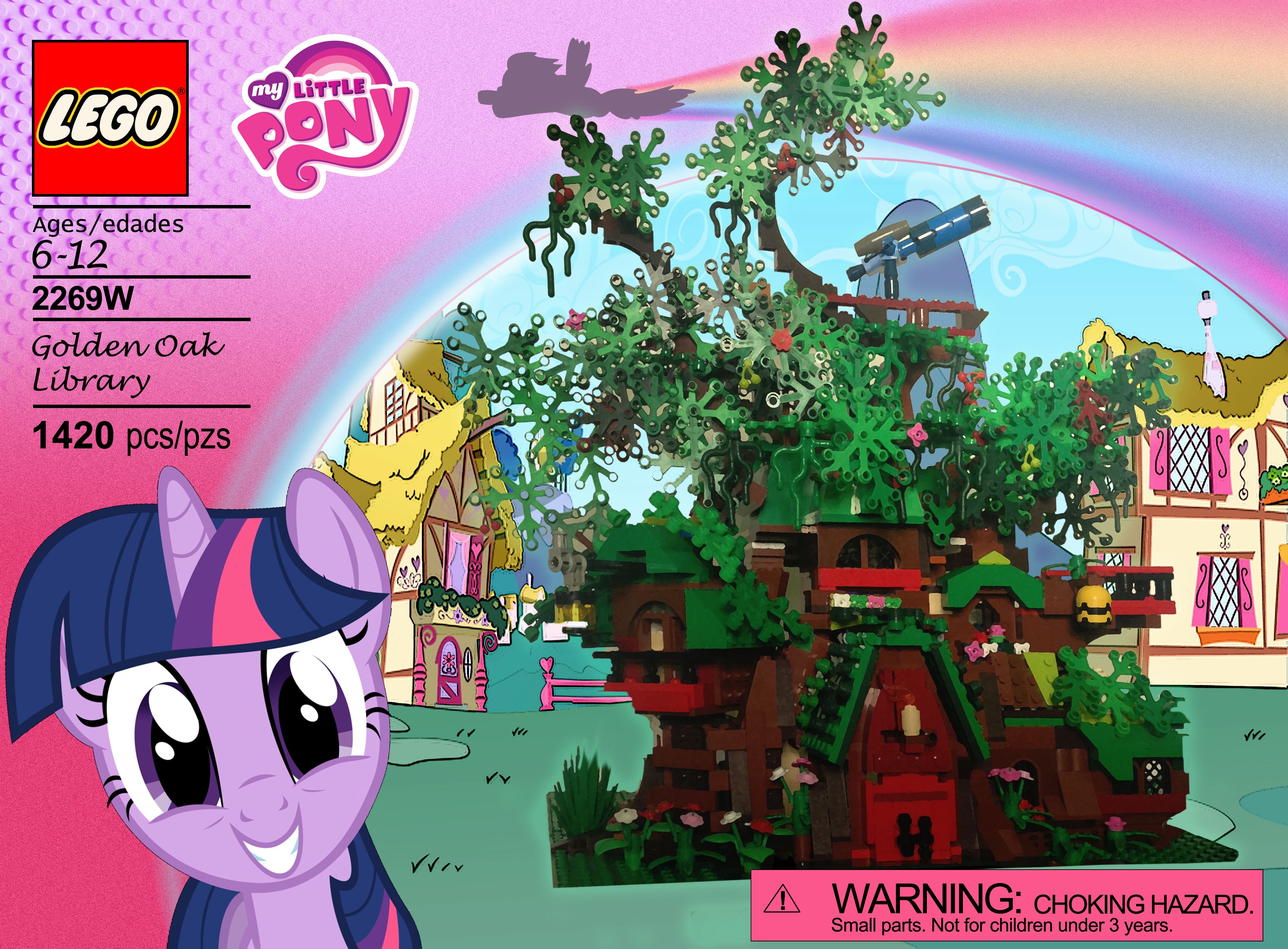 OC maker
Who’s this pony here next to PC?

@TheGamerPainter
Go to the image page. Look at the blue-green tags, where princess celestia and princess luna are; those are character tags– there are three of them now. If you’re on a desktop you can also check for character tags without even opening an image page by just hovering the pointer over a thumbnail and an alt text listing all the tags will pop up, with all the character tags near the top right after the rating and any episode or artist tags.
Posted 8 months ago Report
Edited 8 months ago
Link Quote Reply

Moderator
Undead inside
@TexasUberAlles
There actually wasn’t when they sent that post, to be fair.
Posted 8 months ago Report
Link Quote Reply
Background Pony #52BA
@LightningBolt
True.
Even though TexasUberAlles didn’t say so, it would have been easy for TheGamerPainter to find out on their own: the post did have the episode tag “Between Dark And Dawn” - so, by searching for “between dark and dawn, camera” they would have quickly found other images with the character tagged.
Posted 8 months ago Report
Link Quote Reply

OC maker
@Background Pony #52BA
What’s the fun in that if I can ask here? But yes… 😑

Moderator
extra fun at parties
@TheGamerPainter
It may be fun to ask things you could quite easily find out on your own, but it’s not fun for others to answer those questions.
Posted 8 months ago Report
Link Quote Reply

I miss the show so much
@TheGamerPainter
So?
Please stop making these pointless posts. Some of us are subscribed to this thread and it’s getting tired to constantly get notified of your off-topic rambling.
Posted 8 months ago Report
Link Quote Reply

I suppose this means that if I want to know more about categories, it’s time to learn Phoenix for real and stop being a slacker.

Under the system I proposed earlier, those would be intent. With a few more days of hindsight, intent and meta categories are similar in that they both describe information that is not visually present in the image. However, they feel different enough in direction that they should remain separate: intent is about clarifying in-universe context to the image while meta is about IRL stuff. Now that I’ve written this, I’m thinking of a possible fourth top-level category: site meta. Think of things like adventure in the comments, number get, or Derpibooru history. If it’s not a standalone category, then it’d be a class within the overall meta category.

Can you elaborate what you mean by these terms? I have a vague mental idea of what you’re getting at with “associative tagging” but have no idea how you’d apply NGHT to current tagging practice.

The solution is simple: make the search box a Lisp interpreter and use it as a DSL to convert our nonsense into Postgres queries. Those parentheses inspired that shitpost of an idea.
Let me try translating that query string into plain English:

tag graph ends up looking like a conspiracy board

I have a fanfiction project that is permanently stalled out because its plot looks like a conspiracy board made of spaghetti. Lesson learned: limit yourself to no more than a single time travel cohort in each universe. Multiple time travelers traveling separately break any and all intuition of “before” and “after”.
Posted 8 months ago Report
Link Quote Reply
Background Pony #52BA
@PUBLIQclopAccountant

Can you elaborate what you mean by these terms? I have a vague mental idea of what you’re getting at with “associative tagging” but have no idea how you’d apply NGHT to current tagging practice.

I meant like, currently, categories are always in effect, ie. “globally”. Tag implications are too. Well…a user can go back in, in a second step, and remove the tags which are added as implications. But the idea I was getting at would be some way that tags could be used as a hierarchy, but in a way that can vary from image to image. eg. pony > pegasus > rainbow dash on some images, equestria girls > rainbow dash on others.
Associative would be even less structured, where you could tie tags together in crazy free ways, like “(shipping, rainbow dash, applejack) and (shipping, twilight sparkle, trixie)” would just have “shipping, rainbow dash, applejack, twilight sparkle, trixie” and a lot of interconnecting lines. That’d replace “appledash, twixie”, which seems simpler on the face of it, but as soon as you think about how many characters there are and how many permutations there are and that’s before you even think about more than two at a time…and things like species swaps…and which character is frowning, and which character is smiling, and which character is holding something in their mouth, and that it’s a muffin being held and not an apple…it takes care of all of that.
I can barely conceive of a way that would be implemented in a user-friendly way, though…and this is feeling closer to a feature request than a discussion about tagging…

The solution is simple: make the search box a Lisp interpreter and use it as a DSL to convert our nonsense into Postgres queries. Those parentheses inspired that shitpost of an idea.

Let me try translating that query string into plain English:

I meant “existing” as an opposite of “implied” or “offscreen” or “depicted but not really there”. At first I was going to use “present”, but that means something else, too
A photo of Gilda and Gilda is not actually in the scene
This image is blocked by your current filter - click here to display it anyway

@Background Pony #0CC8
A Griffon popping out offspring would be birthing, but not foaling, and birthing is the actual act of pushing out a newborn while birth is the entire process overall including before and after the pushing.
Posted 8 months ago Report
Link Quote Reply
Background Pony #52BA
I have a few questions about tags for toys. I’m not at all into the MLP toy scene so I’ve got little clue about most of them.
Is the definition of brushable outdated, now that there’s G5?

Roughly 3 to 4 inch tall G4 pony toys with rooted, brushable hair, or a custom that was made from one. Does not apply to any other generation of toy. [emphasis mine]

If it truly is correct, what tag, if any, should be used for previous generation toys mistagged as “brushable”? For Pony Life and G5 toys?

basic fun! appears to be a brand/company. Is this right? If so, should their toy lines fash'ems, mash'ems, and stack'ems imply basic fun!? BTW, mash'ems and stack'ems don’t imply toy and probably should.

Just for clarity: Gilda is in the photo (as in she’d be tagged as existing:gilda if the artist were to upload the photo as a separate image) and not that it is a photo that implies an off-screen Gilda.

That’s one of my favorite tags right there.

I can barely conceive of a way that would be implemented in a user-friendly way, though…and this is feeling closer to a feature request than a discussion about tagging…

I like this suggestion and I’ll forward it to the suggestion thread and possibly open a GitHub issue if I have time.
However, this feels more like a Philomena 2.0 thing that other boorus would use more so than a migration that would be practical on an existing booru with a non-trivial collection. Even at a lesser capability, it would be nice to be able to tag an image where AJ is an Equestria Girl, Dash has been race-swapped to a unicorn, and Rarity is fully humanized with that level of granularity.
Posted 8 months ago Report
Link Quote Reply
Background Pony #52BA
Is there some other term that ballgown could be renamed? Different from “ball gown” which is aliased simply to “gown”, “ballgown” is currently used to identify a mobility-hindering piece of fetish clothing…and also a regular gown with sportsball-inspired design (izzy’s tennis ball is the only one tagged, currently).
You can see from the tag changes that it’s been misused over the years far more than it’s been properly applied. Could it be renamed to something more obvious/less mistakable, like, “literal ball gown” perhaps?
Posted 8 months ago Report
Link Quote Reply