Science fiction fan
@Litrojia
Even if “fairy filly (filly)” won’t sound vague (which it does), “rose (filly)” would definitely cause mass confusion. Both can be interpreted as alternate tags for younger versions of various MLP characters.

As for how the franchise is titled:
The Filly franchise is kind of convoluted when it comes to naming (still can’t fully understand it). It has an oddity in that, from what I can tell, it is usually named only by section (“Filly Ballerina”, “Filly Wedding”, “Filly Princess”, “Filly Butterfly”, “Filly Unicorn”, “Filly Elves”, etc; with the most well-known obviously being “Filly Funtasia”). And then there’s this piece of information I have recently found early 2020 on the franchise’s wiki:

Filly World (toy branding)
Filly World is the technical term used by various toy makers, sellers and advertisers, for when a playset, surprise egg, puzzle or other types of merchandise that involves the Filly toys, has only been branded merely as Filly. It also often indicates that the toyset in question borrows from multiple of Filly’s normally strict toy lines, but cases of one-line sets being branded as Filly has also occured.

@Algebroot Neogears
Leaving the tag names unchanged would probably be the simplest solution to that. Your solution with “filly (dracco)” makes more sense than making a new “filly world” tag, since as you note, there’s some ambiguity there. I’m still on the fence about setting “filly funtasia” to imply “filly (dracco)” though because it may be an unnecessary distinction.

@Background Pony #5B2C
Do you need anything?

@Tarkan809
Ah okay. If so, I added a few tags to it.
Posted 9 months ago Report
Link Quote Reply

Science fiction fan
@Litrojia
I’m now sure the best solution would just be for Filly Funtasia tags remaining as is. It can make things easier.

But thanks to some overtagging that gradually increased over time, there are currently tags also for Filly Princess, Filly Royale, Filly Ballerina%(currently empty)%, Filly Unicorn, Filly Elves, Filly Witchy (Dracco), and a lot of other Filly-related stuff too. Something needs to be done about those tags.

Dragonlover, Spike Fan
I need help with tagging this:
This image is blocked by your current filter - click here to display it anyway

Also should there be a tag that it’s related to Friday Night Funkin?

@Algebroot Neogears
Alright, those tags clear things up a lot for me. Right now, most images in those tags are Filly Funtasia, but some images are for the non-Funtasia product lines. What I’m thinking about doing now is removing those tags from Filly Funtasia images, and then setting “filly funtasia” and these new tags to imply “filly (dracco)”. The species tag names can stay, but I can elaborate in the description that they apply to the Filly franchise as a whole. If there are any other relevant tags, let me know, but I think that covers everything. Does that work for you?

@Background Pony #52BA
I went ahead and gave them yellow tags and implications. It’s a weird situation to me because shorts do get yellow tags, but Holidays Unwrapped was released all together. At the very least, those tags should’ve had implications.

@Tarkan809
Done. Also, if you think the tag would be useful, I don’t see why not.

@Blissful690
I’ve asked before about the inconsistent tag names, and I think the mods were just averse to renaming “high res” after renaming “absurd res” to “absurd resolution”, because apparently the site has issues with doing that for big tags. Also, glory hole implication added.

Adoredheart and Heartabetes shouldn’t be combined? Both mean the same thing.
On that same note, Nurse Coldheart seems to be (According to Tvtropes) a Fan Nickname for Nurse Snowheart. So both are basically the same.

@FliegerFaustToP47
I agree that “adoredheart” and “heartabetes” should be aliased. I can’t do aliases though, and I passed it along the last time you asked, so hopefully someone will get around to it. Sorry if it seemed like I was ignoring you.

As for Nurse Coldheart/Snowheart, we often set different names for the same character to imply each other like that (for example, Bon Bon and Sweetie Drops ).
Posted 9 months ago Report
Edited 9 months ago because: formatting
Link Quote Reply

Oh okay, thanks for replying this fast :D

Wait, i though you guys aliased the names in those scenarios, hmm, I was wrong… sorry for bothering then, have a nice day!.

The only last thing I’m thinking of would be changing non-Funtasia product line tags to be consistent with Filly Witchy’s tag (I think it’s the only one that has “filly [title] (dracco)” as opposed to just “filly [title]”), both for consistency and clarification. However, this would also mean creating more new tags, so I’m not sure about this.
Posted 9 months ago Report
Link Quote Reply

@Algebroot Neogears
Mission accomplished. Removing all Filly Funtasia content from that list of tags actually means that I removed all the images from some of those tags. I didn’t set any aliases for the tags without images. I also created a new tag for Filly Witchy, since these tags aren’t used much anyways.
Posted 9 months ago Report
Link Quote Reply

@FliegerFaustToP47
Since these are alias requests, I made new threads for both of them. This is the preferred way of requesting aliases, and should make the requests more visible.

In the meantime, I set “blahaj” and “ikea shark” to imply “plushie” and “shark plushie”.
Posted 9 months ago Report
Link Quote Reply
Background Pony #53A8
@FliegerFaustToP47

On that same note, there seems to exist Caddybetes and Cutedance, both meaning cute Cadance.
Posted 9 months ago Report
Link Quote Reply 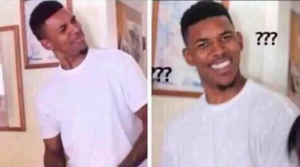 I though it was Cadabetes! Lol what is going on?
Posted 9 months ago Report
Link Quote Reply
Interested in advertising on Derpibooru? Click here for information!