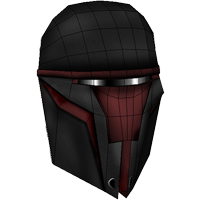 Revan0123
I AM REVAN REBORN
OOC: Wasn't I doing Yuri the last time I used him?

**Gerald turned and went out to the balcony again. In the distance, he noticed a swarm of ponies were coming out the forest border and heading towards the town. Gerald grunted in annoyance**

**He turns around to the group**

Shelly: <<I'm talking to you, Vigil! How do you know about her world when I don't->>

**As she said this, four armored ponies wearing helmets passed by them**

Night Hunter (Boss): "On me, team! We've got hostiles in the town and the robot salvage operation is in jeopardy!"

**As they galloped off to Ponyville, Shelly looked on with confusion**

Boomer: "Heh...nice timing on your part"
No reason given
Edited 4 months ago by Revan0123