World's Okayest User
@Background Pony #3BC4
@Spinny
given it’s the same season with such beloved classics(/s) like 246 Great, Last Crusade, and Dragon Dropped, being worse than those must be quite an accomplishment.
Gosh it’s incredible how hard S9 dropped the ball
Posted 6 months ago Report
Edited 5 months ago
Link Quote Reply
Background Pony #E4D5
@Twi Clown

@DarkObsidian
Well, before I go to lunch, a couple things. First off, the lack of harmony had nothing to do with magic or was only an easy excuse. Jerks and idiots will always find a reason to complain, so taking away the magic was unwise and hardly really a good course of action.
Second, all the crystals do is just simply punish everpony…guilty and innocent alike. Basically, the comic seems to indicate Twilight would punish absolutely everybody for the sins of only a couple of ponies. And in fact, it also means good ponies would suffer by the lost of their magical talents and other dangers that might not need magic per see could still put a risk on their lives.
Third, honestly Discord just seems like a bitter cranky old man in G5, not the hedonistic jerk who loves to play with others’ feathers. So cynical he fails to see the big picture: magic had nothing to do with the lack of harmony, magic is just the scapegoat to not face the fact ponies were just so nasty they’ll let petty squabbles loose everything in the process, not that again the crystal creation was a good thing to begin with. Sure, some might pull some strings here and there, but ultimately if ponies eventually choose to succumb to bad ideas, then they’ll have no one to blame but themselves.
And fourth, a lot of the problems can be tracked down to the idea that magic is the cause or solution of problems. By that token, you could argue the same about technology, some dangerous plants or animals, and so on. Is just flat out cutting corners without actually inquiring why exactly something happens.

Resident Spin Fetishist
@CORDZ2000
I’ve always found Fluttershy to be highly overrated by the fandom, though that’s never really been something I’ve held against her as a character.
I mean, suuuuuure, we could talk about how her “betes” tag is by far the largest of the mane six and it’s not even close, and that it has over ten thousand more images than that of Rarity (and Applejack as well very soon). Or how she utterly dominates the “Daaaaaaaaaaw” tag to the point where it might as well just be exclusively for her. Or how many of the images within both her betes and the Daaaaaaaaaw tag really aren’t all that cute at all, almost as if there exists a concentrated effort by her fans to ensure that as many images of hers as possible are carrying those tags regardless of whether they really deserve them or not. Or how she’s the undisputed favorite of seemingly every single major artist in this fandom, ensuring that whether commissioned or not, she almost always has a good four or more images that trend simultaneously, while AJ can barely manage just one most of the time…
…er, what was I saying? Oh yeah, Fluttershy’s okay, but she was annoying af in season 9.
Posted 6 months ago Report
Link Quote Reply 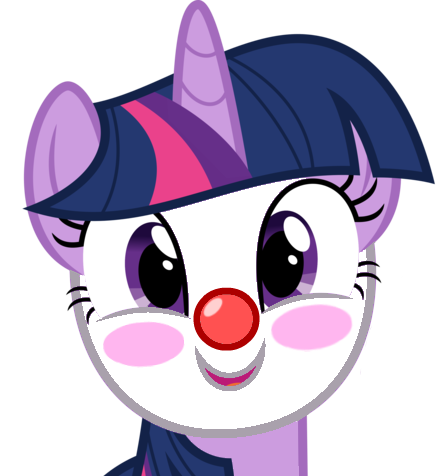 Übermensch in training
@Mr.Myoozik
Honestly the comics tendency to flip flop in quality makes me hard to get invested on them.
Posted 6 months ago Report
Link Quote Reply
Background Pony #3BC4
@Mr.Myoozik
@Twi Clown
I generally regard the comics as a parallel timeline separate from the show; although that doesn’t stop me from picking and choosing which issues I consider did happen in the showverse.
Posted 6 months ago Report
Link Quote Reply

World's Okayest User
The comics are a lot better when they’re just simple stories and doesn’t have it’s head lodged far up it’s own ass….much like the show
@Background Pony #3BC4
Last Crusade is an episode that at least tries to feel special so I’ll give it that. But that’s it. I don’t like that it actively justifies Scootaloo’s parents being awful parents. I also don’t like how it undermines RD and Scootaloo’s relationship

Dragon Dropped is a pretty shitty final episode for Rarity and I didn’t like how they had to make it about the Spike and Rarity relationship. I seriously thought they were already done with it. But at it was relevant to Rarity, unlike 246Great. Literally no one wanted that garbage and seems to only exist to piss people off(yes I’m still salty why do you ask?)
Posted 6 months ago Report
Edited 6 months ago
Link Quote Reply

Ocs,Boops,Tickles&Memes
@Mr.Myoozik
Shame, there are a few decent issues sprinkled here and there
@Twi Clown
@Kiryu-Chan
I agree with this.
Posted 6 months ago Report
Link Quote Reply

Music Connoisseur
I’ve just never been a comic book reader myself, not interested in the medium
2 4 6 Grreat isn’t an episode to get that angry over honestly, and it was more that it made Twilight look bad rather than Rainbow Dash. Dragon Dropped was alright and I liked The Last Crusade
Posted 6 months ago Report
Link Quote Reply

Übermensch in training
@Mr.Myoozik
Well, I was interested in the MLP comics. I just wanted to read more about those characters around 2013-2014, even wanting to save for money and buy some. Is not that I like comics per see as much as I like the characters in it.
2 4 6 Was average to me, nothing really great. Ironically enough, I loved that side of Twilight, mostly because I just had it at the time with people treating Twilight as a stick on the mud or the neurotic mess she was at the start of the season. Or that short with the ladybug fear.
Posted 6 months ago Report
Edited 6 months ago
Link Quote Reply
Background Pony #3BC4
@Kiryu-Chan
Yeah, I generally like the smaller, slice-of-life ones better than the big adventure ones.
I can get what you mean by Scootaloo’s parents, though personally I was more just “meh” on them. I don’t remember how Rainbow and Scoot’s relationship was undermined unless you mean when Rainbow didn’t appear until 1/3rd of the episode?
Dragon Dropped wasn’t a good final episode for Rarity, I agree with that. Though like Scoot’s parents, I was more meh about it. The thing that annoys me most is that it went nowhere with Rarity/Spike’s relationship; the writers should have either put Spike’s crush to rest and the two resolve to stay good friends or Rarity returns his feelings (unlikely but whatever). Seriously, I would have been okay, or at least, tolerate either way they went. No maybe, maybe no.
Posted 6 months ago Report
Link Quote Reply

Opaline, Arcana Mistress
@Twi Clown
Seems to me like adventure based stories are least popular than slice of life.
Posted 6 months ago Report
Link Quote Reply

Passionate opinionator
@CORDZ2000
I know but not all the time. Plus, I don’t like how the writers handled him.
@Starponys87
UGH, I really dislike the implications behind the Unity Crystals as well. I doubt what we’re seeing behind them was Twilight’s true intentions and more of the writers not double checking the implications of their lore.
@Background Pony #3BC4
I guess this means there are conflicts that shouldn’t be solved in the first place from that stand point since Fluttershy unawaringly ended more than one pony’s career?
Also this episode is the prime example of that the newer writers were never given every episode to study before writing.

@Mr.Myoozik
@Twi Clown
A shame because the comics have characters who could use more fanart but since they are seen as an optional medium, they just seem to be cursed to obscurity.

World's Okayest User
@Background Pony #3BC4
The problem being with how the episode contradicts a statement she made in Parental Glideance and how she never had anyone to give her the support she needed throughout her life, which played a big part of why she liked RD’s parents so much and part of why she looks up to RD so much, kinda makes their relationship feel more personal. But then this episode comes out and is all “actually her parents are the greatest heroes ever!”, “everyone watches over Scootaloo!”, and just throws a wrench at everything. There’s also the fact the episode feels the need to explain every detail that only made things worse, like Scootaloo rotating sitters(which included Rarity for some odd reason) to Scootaloo’s aunts, who really just should have been there the whole time. Like I said though, I really don’t think any of this is intentional so I’m willing to give this the benefit of the doubt but it still doesn’t change my feelings on the episode
Posted 6 months ago Report
Link Quote Reply IV's
Main OCs Owned: 4
I kinda liked 2 4 6 Great
Posted 6 months ago Report
Link Quote Reply
Background Pony #3BC4
@Kiryu-Chan
(Same anon as the one you replied to)
That’s a fair criticism, and I get it. To be fair, the episode may have said her parents were “great heroes”, it never contradicted that they weren’t there most of the time she needed throughout her life. It’s even the point in their comic story. The “everyone watches over Scootaloo” is weird, yeah. But I kind-of felt it was more a recent thing? Like the Cakes and Rarity weren’t choices until after the CMC was formed, or maybe not even until RD and Scoot became sisters, so maybe the rotation thing didn’t start until around S3-4. Plus she’s being looked after by people who explicitly know and are connected to her; if it was like Bon Bon, Doctor Whooves, or Thunderlane, then yeah that would be even weirder. As for her aunts not giving her support, maybe she was talking about parental support and she didn’t see their support like that because they were her aunts, not parents. Of course, this is all just my attempts at rationalizing it. XD
Posted 6 months ago Report
Link Quote Reply
Background Pony #3BC4
I liked Applejack’s Day Off and Going to Seed. The first one is actually one of my favorite Applejack episodes.
Posted 6 months ago Report
Link Quote Reply

Blissful690
I really like her mane!
@Background Pony #3BC4
Even though its lesson felt like it should’ve been in season 1 or season 2?
Posted 6 months ago Report
Link Quote Reply
Background Pony #3BC4
@Blissful690
I mean quite a few of the later episodes definitely would have benefited more if they were in the early seasons, but I still enjoyed them nonetheless.
Posted 6 months ago Report
Link Quote Reply 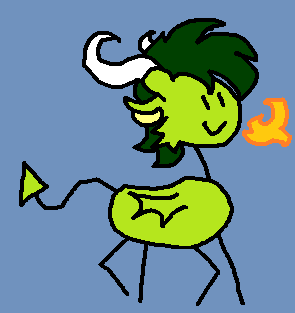 Dogs
@Mr.Myoozik
I still say the lesson is fine. Getting stuck in a routine happens, and when it does it usually needs to be an outsider to make you break it.
The fact that Applejack was on both sides of the lesson is where it really lands though.
Posted 6 months ago Report
Link Quote Reply

Music Connoisseur
@Dustcan
That’s what I mean, it’s a lesson that rarely gets mentioned nowadays when it’s a really useful one. You can get stuck doing a routine that’s now inefficient and you don’t even know it until someone tells you about it.
Posted 6 months ago Report
Link Quote Reply

The Bestia
I’m not sure if it’s an unpopular opinion, but I would assume it is.
The pony fandom, like Tumblr, got way better after the show ended and everybody left for other pastures. So much less drama, bullshit, most of the worst elements are fucking around in other popular fandoms, and the vibe got a lot chiller.
It’s nice.
Posted 6 months ago Report
Link Quote Reply
Interested in advertising on Derpibooru? Click here for information!