I don't know, being so critical to The ending of the end because of Discord when the show had episodes with similar problems is a bit silly. In fact, I'm glad that this episode ended up being super crazy because, by the time I was finishing the show, I accepted all the jank. Rainbow Dash being a jerk, Pinkie Pie being annoying, Starlight being a sociopath, Big Macintosh saying "eeeyup" over and over again, Trixie repeating over and over again "the great and powerful" (because giving more layers to a character is a relic of the past), the excess of superlatives, the lack of consistency and continuity, Cozy Glow and her lack of character, etc.

The ending of the end embraces all this jank in a way that it's surprisingly fun. It's like watching The Room just for the laughs.
Posted 1 months ago Report
Link Quote Reply

Fluff Appreciator
@Ring Team
Look, just because you got swept up in her strikingly charming bravado doesn't mean Trixie has no layers.
Posted 1 months ago Report
Link Quote Reply

Don't get me wrong, there's nothing bad with a simple character. The Simpsons have very simple characters and some of them are really funny, like Mr. Burns and the comic book guy.

However, Trixie was just a character for 2 episodes. After the season 6, they wanted her to come back by popular demand, and I think she took up space with lazy work. If it wasn't for her, we could get more new characters instead of pointless returns, like Iron Will or the Flim Flam Brothers.
Posted 1 months ago Report
Link Quote Reply

Ecto-Phase,Activate!
I wish we actually had gotten episodes focusing on side characters. Don't you wonder what Little Strongheart is up to? How about seeing what Zecora does all day? It just feels like there was tons of untapped potential to explore all those side characters they built up over several years.
Posted 1 months ago Report
Link Quote Reply

@Dex Stewart
To me, it depends. As much as I love Over a Barrel (one of my 10 favourite MLP episodes), I don't think Little Strongheart should get another episode. The fact that characters such as the Flim Flam brothers, Caballeron, Iron Will and Trixie returned many times create the problem of "I wish this other character returned like these ones". They have focused so much on popular demand that these solutions created more popular demands. I think the only characters I wanted to return (in the best possible way, not in a lazy way) were Chrysalis and Coco Pommel.

Regardless of how anyone feel about these two characters, their episodes are either insanely simple or insanely disjointed. Like, I blinked in one episode and then suddenly I watched Trixie ruining Twilight's school with her magic tricks. Because of that, I think the worst season of the last three seasons was the seventh one to me, because at least the seasons 8 and 9 had some variety.

🔥Sunset is best girl🔥
@Ring Team
i said they were watchable, not good.
Posted 1 months ago Report
Link Quote Reply

DaddyMakesMeEUHH
(ヽ^ゝ^)ちわー！
I wish we would've gotten to see more of these guys. 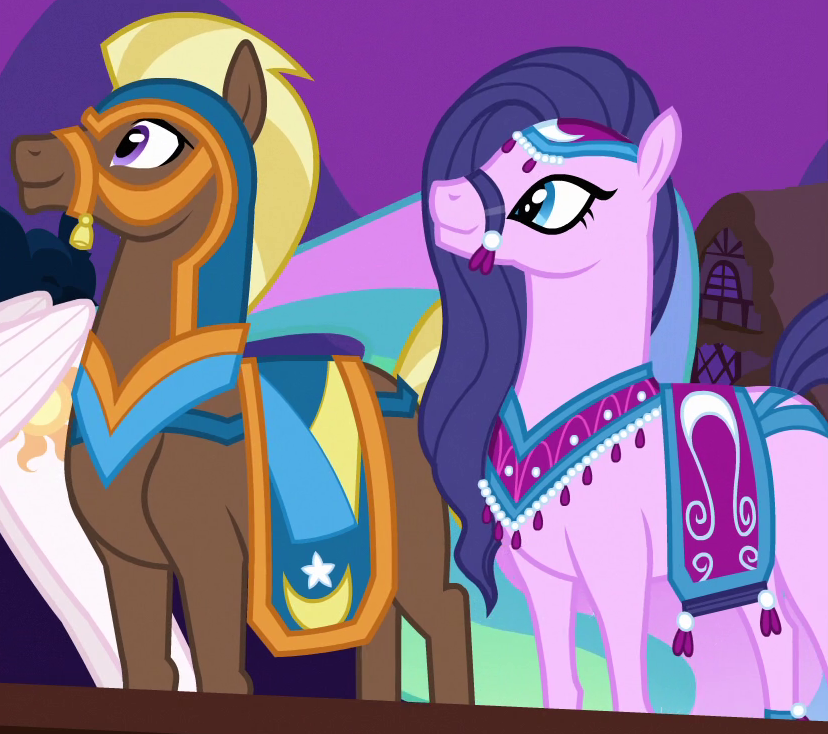 In The Meantime
@DragonBoi471
She's not Applejack, that's why
Posted 1 months ago Report
Link Quote Reply

CORDZ2000
a good thing i think to remember when judging the characters in the show is that the show isn't about them being heroes. its about friendship and them growing as friends
Posted 1 months ago Report
Link Quote Reply

CORDZ2000
@WyrmSpawN
i say this because of some of the criticism the show is given is the cast often not doing righteous things, but i see them being heroes as honestly a subplot. While the characters growing as friends is presented as the most important thing. And its taken to its logical extreme at times with characters doing extreme things in the name of friendship.
Posted 1 months ago Report
Link Quote Reply
Background Pony #E848
@CORDZ2000
Ah yes, "hero" and "villain" are just labels, people's morality shifts time to time.
Posted 1 months ago Report
Link Quote Reply

CORDZ2000
@Background Pony #E848
yeah this is true, and in general mlp is not as black and white as many seem to believe it actually falls under something called "Morality Kitchen Sink" where characters are all over the spectrum of "good" or "evil" with plenty characters u could argue falling into the middle of the spectrum. Like there isn't one "pure" good character like superman in G4 mlp at least.
Posted 1 months ago Report
Link Quote Reply
Background Pony #7032
@CORDZ2000
Yeah.
Posted 1 months ago Report
Link Quote Reply

@CORDZ2000
I don't have any problem with that. Putting your hoof down, one of my 5 favourite episodes, is one of the most "grey" episodes. And Steven Universe ended up being a show about characters instead of "heroes and villains" in a way that you end up loving these characters.

My problem is when a character, after desiring a change on his attitude, ended up being a hypocrite for no reason in a way that no one in the show question him afer doing very questionable mistakes. Not once, but constantly.

>listing a Merriweather Williams episode as one of your favourites

Now that’s an unpopular opinion if I ever heard one…if we were back when season 4 was airing. I’ve got nothing against that choice, but for me it shows how in hindsight the laser-focus on who wrote an episode as an objective measure of its quality was pretty silly.

It’s not that who wrote it shouldn’t be taken into account, but using that fact as the be-all-and-end-all of whether or not an episode is good is stupid. Merriweather Williams is the ur-example if you’re from the [relatively] early fandom (like I am), where during season 2 especially, seeing her name attached to an episode caused a heap of apprehension on account of the then most controversial episode ever™️ MMDW. When all is said and done, she arguably had more hits than misses when it comes to good episodes.

It’s why I say that said attitude towards the writers was really stupid in hindsight, and sincerely wonder what the hell came over us in order to take that approach. I say "us" because I was just as guilty of this as anyone else.
Posted 1 months ago Report
Link Quote Reply

I mean, Josh Harber and Michael Vogel are to me the worst writers in the show, but that doesn't mean The Last problem and On your marks are bad. In fact, The last problem was a fantastic way to finish the show and On your marks was the only episode that made me say "I'm glad I watched an episode from season 6".
Posted 1 months ago Report
Link Quote Reply

Latecomer
@Ebalosus
Pattern-finding is how people work. For a writer to make their debut with a bad episide, with no built-up credit, it's obvious they would take the blame — and that any later episodes of their's woukd come under stricter scrutiny, with a sense of "guilty until proven innocent". If the episodes aren't obviously good, then they'll be seen as further evidence aganst the writer.
Posted 1 months ago Report
Link Quote Reply
Interested in advertising on Derpibooru? Click here for information!