Don’t make her an unicorn, just to avoid the power fantasy trope.

Yeah, I’d have to agree with this one. Starlight’s level of power was definitely used as a crutch so that she would be more interesting and appealing, and they went way overboard with it. I mean, Heaven forbid having her stand out as an interesting character without making her seem like a better candidate for the Element of Magic than Twilight ever was. And it definitely doesn’t help that she came about largely after M.A. Larson had left the show, Larson being the only writer who seemingly understood that making characters balanced was important. While he went out of his way to set limitations for Twilight wherever he could, no one EVER bothered to do the same for Starlight, and so there’s practically no balance at all where she’s concerned.

She would appear as the sidekick of another menacing villain. They don’t get along, but she doesn’t know another way to live her life.

Eh. This is a bit reminiscent of Tempest Shadow and Coco Pommel. On the other hand, it would be nice if the mane six didn’t end up being left with highly unpleasant memories of things that the villain-turned-friend did to them. Starlight put the mane six through what had to be the worst torture they’d ever received. And then suddenly, they did a sudden heel turn and made friends with her. So yeah, I imagine it would be somewhat less jarring if she were merely an underling.
Posted 5 months ago Report
Link Quote Reply

👻Haunted👻
@Background Pony #2BCA
SO what was their excuse with Trixie?

@Spinny
One of my favorite positions i think of her is a zealous underling of an authoritative regime.
Posted 5 months ago Report
Edited 5 months ago
Link Quote Reply

Actions define a character, not magic.

EDIT: I watched The point of no return. Well, kinda. I watched 2/3 of the episode, but the website that compiles all the MLP episodes has some buffer problems, so I couldn’t finish it. Because of this, I read the rest of the episode in the Wikia of the show.

I wonder if there’s another website that has the entire season 9.

EDIT 2: I realized I can watch these episodes in Facebook, which is pretty cool.

Latecomer
@Spinny
Starlight’s power is mostly used as a plot facilitator, just like Twilight’s always has been (in show and by fans). It causes trouble more often then it solves it.
Posted 5 months ago Report
Link Quote Reply
Background Pony #3312
@Latecomer

Her magic has solved a problem precisely one time. In A Royal Problem. XD

Hooch
@Latecomer
I can literally only think of two instances of this, which isn’t a whole lot in the grand scheme of things.
Posted 5 months ago Report
Link Quote Reply

Latecomer
@Background Pony #3312
I’m counting that as it causing one - although you could really read it either way.
Posted 5 months ago Report
Link Quote Reply

Science fiction fan
I think Season 2 of Pony Life did a better job at properly introducing its main characters than its first season ever did. With the exception of Rainbow Dash, who was already well established in a single episode near the beginning of the first season.

EDIT: Speaking of its first season; After watching Season 2, Season 1 feels more like a prequel to it rather than actually being the first season (which is odd, both because of all its flaws and because I haven’t truly re-watched it yet).
Posted 5 months ago Report
Edited 5 months ago
Link Quote Reply

ᗡ: 📶 📡
@Myoozik
@Applepie1973
I’m still floating around. Not so much here; I only found this because someone PM’d me about it. I just sort of bailed on the forums outside of the art ones back when everything got super-political and I just don’t have the time to spend online getting into these big debates anymore. Besides, since I haven’t seen Pony Life there’s very little for me to talk about now anyways XD

That explains why, cause I definitely noticed you left this thread but didn’t want to say anything about it.
Posted 5 months ago Report
Link Quote Reply

This morning I watched two episodes from season 9: Common ground and She’s all Yak.

Common ground was a very nice episode about a pony trying to connect with the daughter of her girlfriend (the episode didn’t clarify she’s his daughter, so that’s my take). I’m not a huge fan of the Buckball scene where they play a game and I thought Snips’ first scene was too long. That said, I kinda like how Rainbow Dash tries to be a big friend of that little pegasus. And the moral was very nice.

She’s all Yak is probably the first “meh” episode I watched in the season 6. This episode didn’t need to exist. It’s a pity, because the song is nice and I’ve seen some cool enhanced animated expressions that were unusual in these last seasons. I wanted to see all that in a good original new story, not in a dancing episode.

And I’m 19 episodes to finish the whole show. Never thought I’d finish it soon, let alone finish it one day after my experience with season 6. xD
Posted 5 months ago Report
Edited 5 months ago
Link Quote Reply

But it seems unlikely to happen.

@Terminal Red
I used to have that wish back in 2013. Right now… I don’t care too much. Besides, I have savings, like everyone else since 2020. xD

@Ring Team
Kind of a shame there’s no big dvd/bluray boxset huh? I’d like to physicaly own the whole series. Same with equestria girls.
But it seems unlikely to happen.

Which is utterly bonkers when you consider that they’ve acknowledged their adult fans on multiple occasions in the show. Someone over there has to know that they’re basically leaving money on the table.
Posted 5 months ago Report
Link Quote Reply

Brass Beau
Howdy from Shimmer Pope
@DoctorWTF
I’m assuming their hesitant due to poor sales on DVDs from previous seasons. I don’t have any word or hard numbers on that but if they haven’t released them I’m sure it’s for a sales reason.
Posted 5 months ago Report
Link Quote Reply 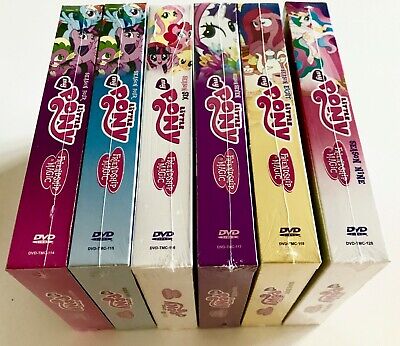 Malaysia put out all the seasons. 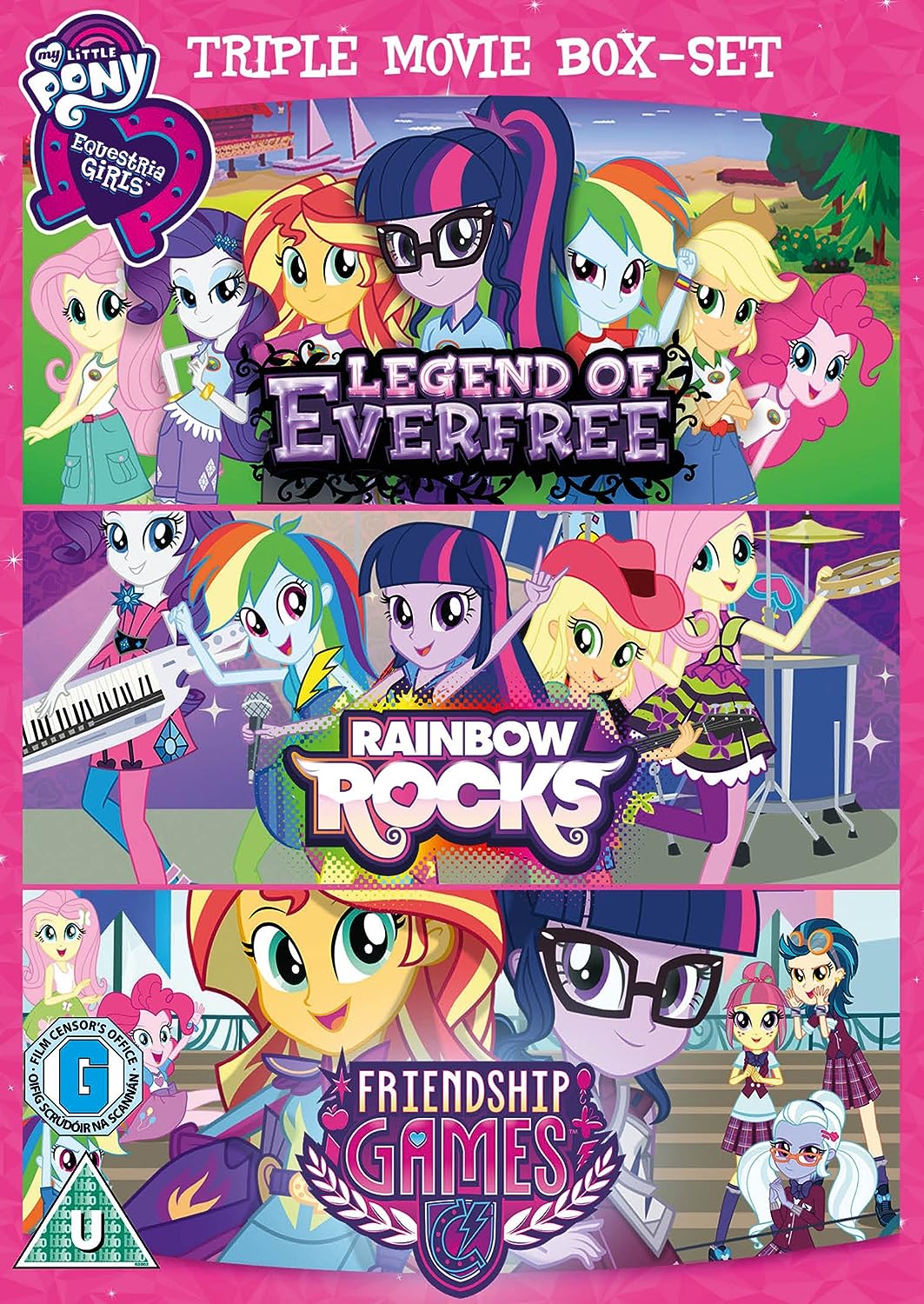 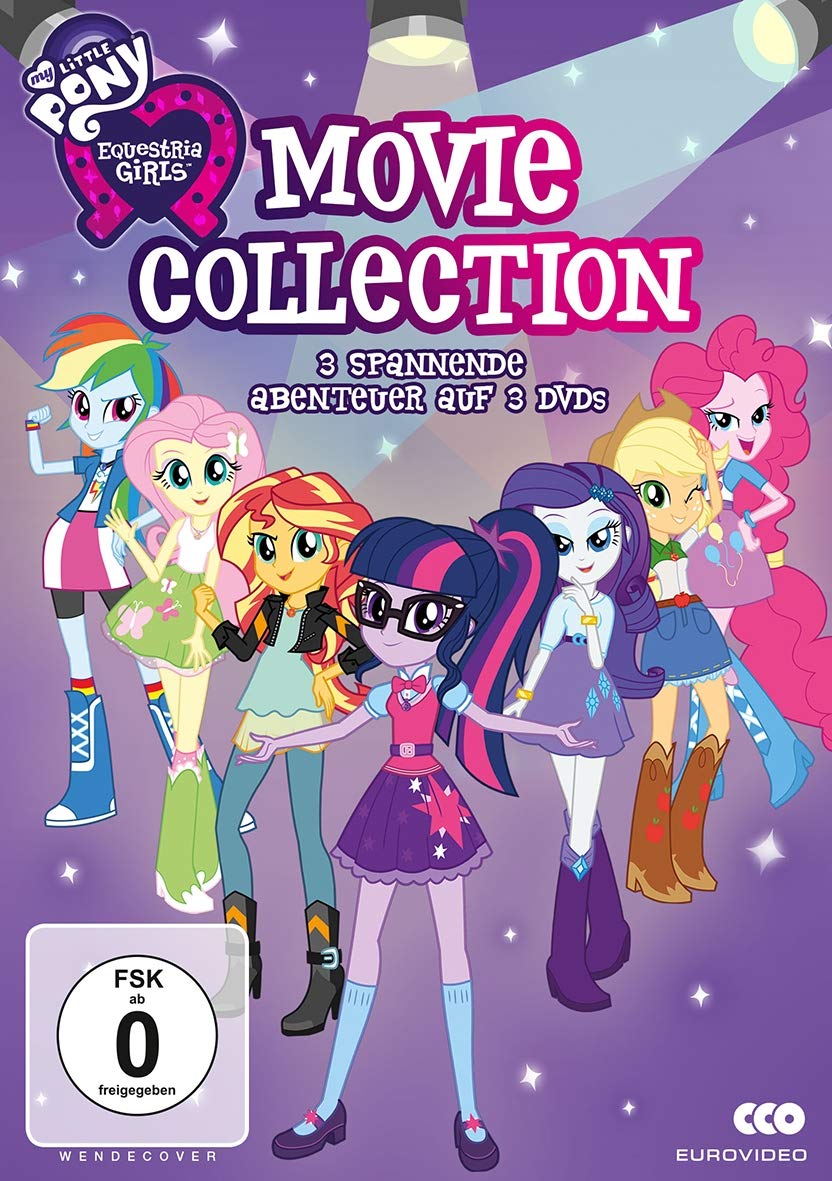 Various countries put out EGQ movies and specials in sets.
If you live in North America I did two videos going over a nearly complete collection on DVD.
MLP DVDs
EQG DVDs
Posted 5 months ago Report
Link Quote Reply

Some steaks w/ boorgers
I personally hate crotchboobs so much no questions asked.
Posted 5 months ago Report
Link Quote Reply

I just watched Frenemies, Sweet and Smoky and Going to seed.

Sweet and Smoky is a good epidose, but the fact that Garble is Smolder’s brother feels like an afterthought. I wish her visual design was more similar to Garble, because they don’t look as brother and sister. And hey, we can see more of Princess Ember, which is cool.

Going to seed is a completely forgettable episode. Moving on.

Frenemies… this isn’t bad, but this isn’t the episode I wanted. I can totally see why an episode like this exists. Introducing many antagonists in The beginning of the end suggested more highlights for them during season 9. However, it’s not perfect. The song isn’t very catchy or memorable, the dynamic of these characters isn’t very interesting (it kinda reminds me of the villains from Rainbow Rocks, which was basically “you’re the worst” and “no, you are the worst” and so on and so on, not very interesting, not to mention that I don’t think Rainbow Rocks is a good film) and they still didn’t get Chrysalis’ altered voice from season 2.

I think it should have been an episode from season 4. With Tirek appearing for the first time, it would make sense to make an episode about Chrysalis, Tirek and maybe even Sombra (he returned in season 9 because potato, so I’m pretty sure he could have returned in season 4). And the episode could conclude with a different shot of Discord looking worried and saying something like “I felt a great disturbance in the Force”.

So… yeah, another “too late” episode. But it’s not that big of a deal. At least it’s not Going to seed.

EDIT: By the way, I’m gonna say this: I miss Coco Pommel. A lot. She was a really cute character back in Rarity takes Manehattan and Made in Manehattan.

@Sadrai
The scene was 39 seconds, but it’s too much time for a comedic scene in a TV show like this. I think the scene should have lasted at least 8 seconds. The shorter a joke is, the funnier it is, at least to me. Kinda like that scene with Twilight and Pinkie in Luna Eclipsed.

I’m assuming it’s like that because an episode has to be 22 minutes. Even if the animators finished the animatics or sketches of each scene, it has to be a 22 minutes episode, because it has to fit in the TV schedule. That would explain why some scenes are too long where we see some characters expecting something. Sweet and Smoky kinda has these vibes, as well as Going to seed.

EDIT: By the way, I’m gonna say this: I miss Coco Pommel. A lot. She was a really cute character back in Rarity takes Manehattan and Made in Manehattan.

Damn straight. One of the only fandom darlings of this show who was actually worth a damn.
Posted 5 months ago Report
Edited 5 months ago
Link Quote Reply

@Ring Team
I don’t know it worked for me especially since Snips was usually hated before this, plus to me I found it hilarious how he was able to make a money grabbing scheme out of Snails talent. But I guess I’m busy because I’m one of the few people who actually Like him an Snails.

Count me in.
Posted 5 months ago Report
Link Quote Reply
Interested in advertising on Derpibooru? Click here for information!