Forums » Pony Discussion » Unpopular opinion time Search Posts
Started by Itsthinking
Posted 7 years ago
159861 replies
Subscribe
Background Pony #2540
Discord and Grogar should have been different beings completely separate from each each other, and while the finale wasn't that bad, it would have been better had Grogar been a different being that got petrified into stone along with Cozy, Chrysalis, and Tirek, with Chrysalis saying "STAY AWAY FROM MY FRIENDS" as she gets petrified.
Posted 5 months ago Report
Edited 5 months ago
Link Quote Reply

Don't
Get up and Jump
@Background Pony #263A
Is this unpopular?
Because that's widely agreed upon

Kerfuffle lover
@GenericArchangel
Same. At least it was a twist that was well thought out at the beginning of the season and not subverting expectations just for the sake of it.
Posted 5 months ago Report
Link Quote Reply

Grogar, Discord impersonation or not, wasn't gonna be the villain. The Summer Sun Setback with its ending kinda brutalized the odds of that one, continuing the path Frenemies set. The only episodes in the season which seemingly set him up as being the main villain was the premiere two-parter, which was immediately undermined in future episodes, between his lackluster amounts of onscreen villainous behavior (only shown… being rough with villains, and putting a hole in a wall) and the backstabbing plot against him.

Queen Chrysalis: It's been weeks, and Grogar's done nothing! It's not healthy to hold on to all of this rage! I could lash out at any moment.

If anything, it would've been more insulting to have the real Grogar have a fatal flaw that would be far better suited for Discord (failing spot-checks when things go off the rails in a master plan, overconfidence)

My only complaint with the Grogar arc is how stupid Discord was. He should've known they had the bell through several different means, and it would still make sense for him to let them do their plan since it was his original plan anyway. Not expecting Tirek to betray him again isn't a very Discord-like mistake to make, and that did throw me off a little.

Kerfuffle lover
@GenericArchangel
The biggest problem with the Discord twist is how he was the one who told the villains about Grogars Bell in the first place.

I guess he wanted them to keep believing that he was the real deal, but that was still a risky move.

Site Moderator
Free the Tantabus
@rdibp
Exactly. Not to mention, we know he can feel shifts in magic, he should've noticed when they used the bell. At that point, the in character move would be to use an illusion of Grogar rather than going himself, then running away to warn the Mane 6 about what was up.
Posted 5 months ago Report
Link Quote Reply
Background Pony #8F67
Deletion reason: Rule#spam
Posted 5 months ago Report
Link Quote Reply

Discord: Oh, well. If at first you don't succeed…
Starlight Glimmer: Maybe we should come up with a plan first?
Discord: [blows] A what?
Trixie: You know, figuring out the best way to do something before you actually do it.
Discord: [laughs] Oh, that's adorable. But you see, unlike you, I can do anything.

He isn't very experienced with thinking things through, despite his intelligence and manipulation skills.

As for Tirek, Discord's logic could've been something like "well, Tirek obviously never liked me, so maybe he won't betray Grogar, at least not quickly" (they do know of each other, maybe they did actually know each other before, to a degree, judging from the bullseye on the daddy issues with "King Vorak" that led to attempted murder) 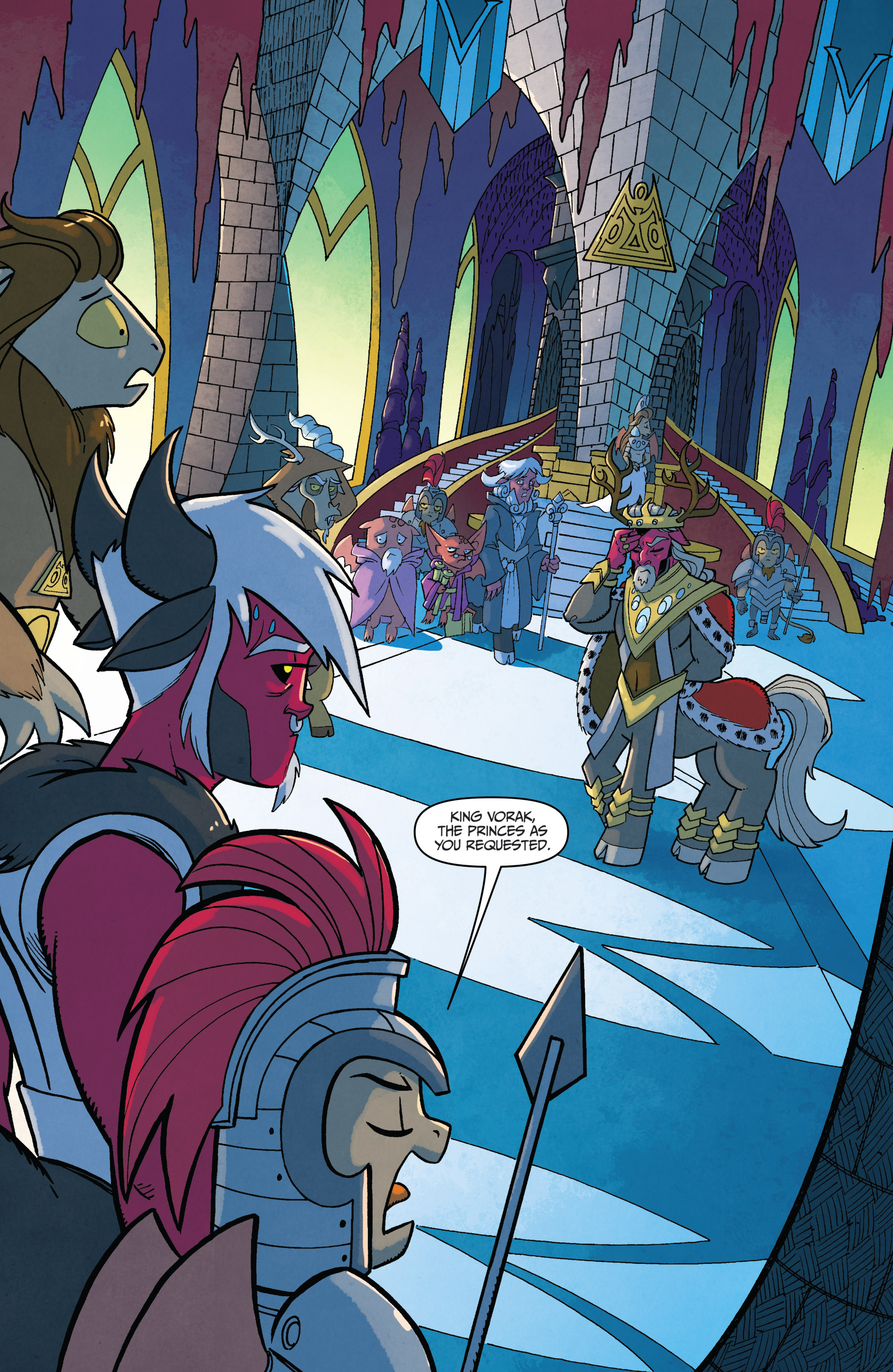 Can Discord feel magic shifts when he's say, in his chaotic dimension as opposed to Equestria, would the power transfer have been as extreme as three alicorns' magic flowing into one, especially since it was distributed amongst three? Below a certain threshold, does he have to be actively looking for it to notice?

Site Moderator
Free the Tantabus
@AC97
He was able to track Tirek in S4. This shouldn't have been an issue.


@AC97
As for this, it makes sense, but this also the one time Discord had a master plan. When he plans, he commits, so throwing it out carelessly is not something I'd expect from Discord.

@AC97
As for this, it makes sense, but this also the one time Discord had a master plan. When he plans, he commits, so throwing it out carelessly is not something I'd expect from Discord.

Discord was specifically dispatched on that mission by Celestia when he found Tirek, which means he would be actively looking for it. There's no proof that it's a passive ability as opposed to an active one, outside of extreme transfers of power, and I think he was in the same city at the time when he noticed the alicorn magic transfer.
Posted 5 months ago Report
Link Quote Reply

Site Moderator
Free the Tantabus
@AC97
Eh given how much power they were playing with, he should've at least known something was up, even if he didn't know what exactly.
Posted 5 months ago Report
Link Quote Reply

Right About Everything
@Latecomer

I’m not sure when she would have found time to actually go to university.


And it ties into my conviction that she's a public employee — not a post Ponyville is likely to offer an unqualified out-of-town pegasus who can't have sold herself very agressivly.


I think she works for them freelance, but she's not that high up. She wasn't the animal team leader for the winter wrap up after all, and nothing suggests she was higher ranked than Rarity.

…now of course she's friends with royalty and can do what the fuck she wants. But I'm not sure that's due to any sort of formal qualifications.
Posted 5 months ago Report
Link Quote Reply

Because Discord was Grogar, I thereby place blame on him for enabling Cozy to continue being evil.
Posted 5 months ago Report
Link Quote Reply

She was going to continue being evil anyway. What is his fault is letting her out of her containment.
Posted 5 months ago Report
Edited 5 months ago
Link Quote Reply

Well, the mane six leaving her in Tartarus did not help matters.

Now, I'm not saying that I blame everyone but Cozy for Cozy's actions, buuuut….