Steel/Lonely type
@DaddyMakesMeEUHH
I posted it in the non-pony version, once I realized this was the pony version.
Posted about a month ago Report
Link Quote Reply

JTTCOTM
@DaddyMakesMeEUHH
Man, Chia Pet commercials were a lot different than I remembered.
Posted about a month ago Report
Link Quote Reply

Muh themes!
Idea for a Cozy Glow backstory that wouldn't tie into the café scene a few pages ago:

At her old school, Cozy had bonded with a teacher named Mr. Kingside. Kingside was in charge of running the school's chess club, which met during lunch break and after school. Nobody ever came to pick Cozy up, so Cozy would be the last one to leave, and Kingside would often walk her home. Cozy was a bit of a problem child, one who would see what she could get away with. She was regularly talked about in the teacher's lounge, but Kingside never had anything bad to say about her.

Kingside taught her everything she knows about chess, and she quickly rose to the top of the chess club, where she remained for most of the year. In fact, she got her cutie mark the day she finally beat him. He was going easy on her, but not by much, and no one else in the club had even come close. There was something about his class and his club; he really was that one teacher who makes all the difference. Indeed, by the end of the year, Cozy was way more social, and the number of "Cozy Incidents" was down significantly.

And then tragedy struck. Due to a massive budget cut by the EEA, Kingside was laid off. Budget cuts were needed to pay for the construction of new schools in the far away city of Canterlot. They had been destroyed during the changeling invasion. Her favourite teacher was gone, the chess club was shut down, and Cozy was never quite the same after that.

In chess, there's a concept called "simplifying". Once you've got the board in a certain state, you start intentionally reducing the number of pieces both players have, which means there's less to keep track of, and makes it easier to win. I think an interesting way to interpret Cozy's plan is to look at it as "simplifying Equestria". Notice how her plan is all about getting key pieces out of the way. She wanted to create a simpler world; one where she's in control, and unforeseen things don't take things away from her.

Dogman15
I'm not famous.
@DaddyMakesMeEUHH
This image is blocked by your current filter - click here to display it anyway 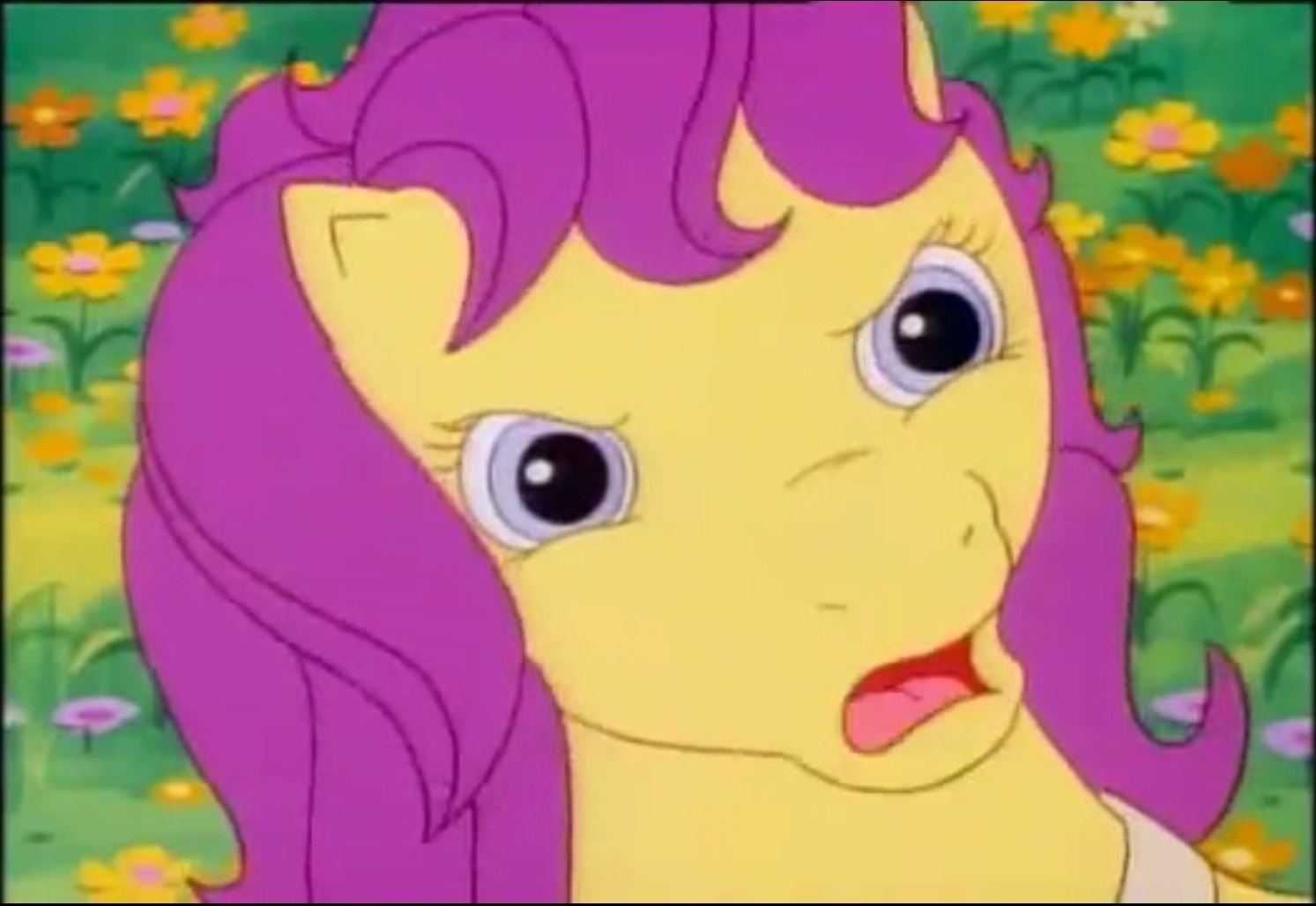 Hash value is #55EE
How sweaty would a pegasus's wings become after flying? Birds don't seem to sweat, but ponies are mammals that should have sweat glands. Pegasus as a species seems to be stuck in the middle.
If they do sweat, then probably someone's going to develop a fetish towards stinky wings at some point…
Posted 29 days ago Report
Link Quote Reply

@Background Pony #EE55
Horses don't sweat like we do. Their sweat glands secrete a salty foam.

The increased surface area of wings would aid in cooling.

Hash value is #55EE
@97blackbird
What about the armpit-equivalent place for wings, tho?
Posted 29 days ago Report
Link Quote Reply

@97blackbird
What about the armpit-equivalent place for wings, tho?

If birds don't have them, neither would pegasi. Sweat only where the wings aren't. Flap wings to aid evaporation and facilitate cooling like vultures and elephant's ears if the heat is extreme.
Posted 28 days ago Report
Link Quote Reply
Background Pony #F238
Why does it feel like a lot of episodes of MLP only happen because the characters act stupid?
Posted 28 days ago Report
Link Quote Reply

yelling_into_the_void
The Hell?
Berry Punch walks into a bar with a bandage on her head, she orders a cider, a brandy, and two beers. After downing them all she says to the bartender, "I shouldn't be drinking with what I have."
"Why, what do you have?" asks the bartender.
"About two bits and a carrot."

(Foil Hat)
So what Hasbro shutting down Pony Tale Adventures over Legends of Equestria is telling me is that brand recognition applies to parody and imitation.
Posted 19 days ago Report
Link Quote Reply
Interested in advertising on Derpibooru? Click here for information!