Happy to be here ^_^
Wish you all the best. It's been a long time since I joined the fandom. I grew up so much. And even if my life seriously had changed and I don't spend much time for ponies anymore. I still think Rainbow is best pony.
Posted 25 days ago Report
Edited 25 days ago
Link Quote Reply 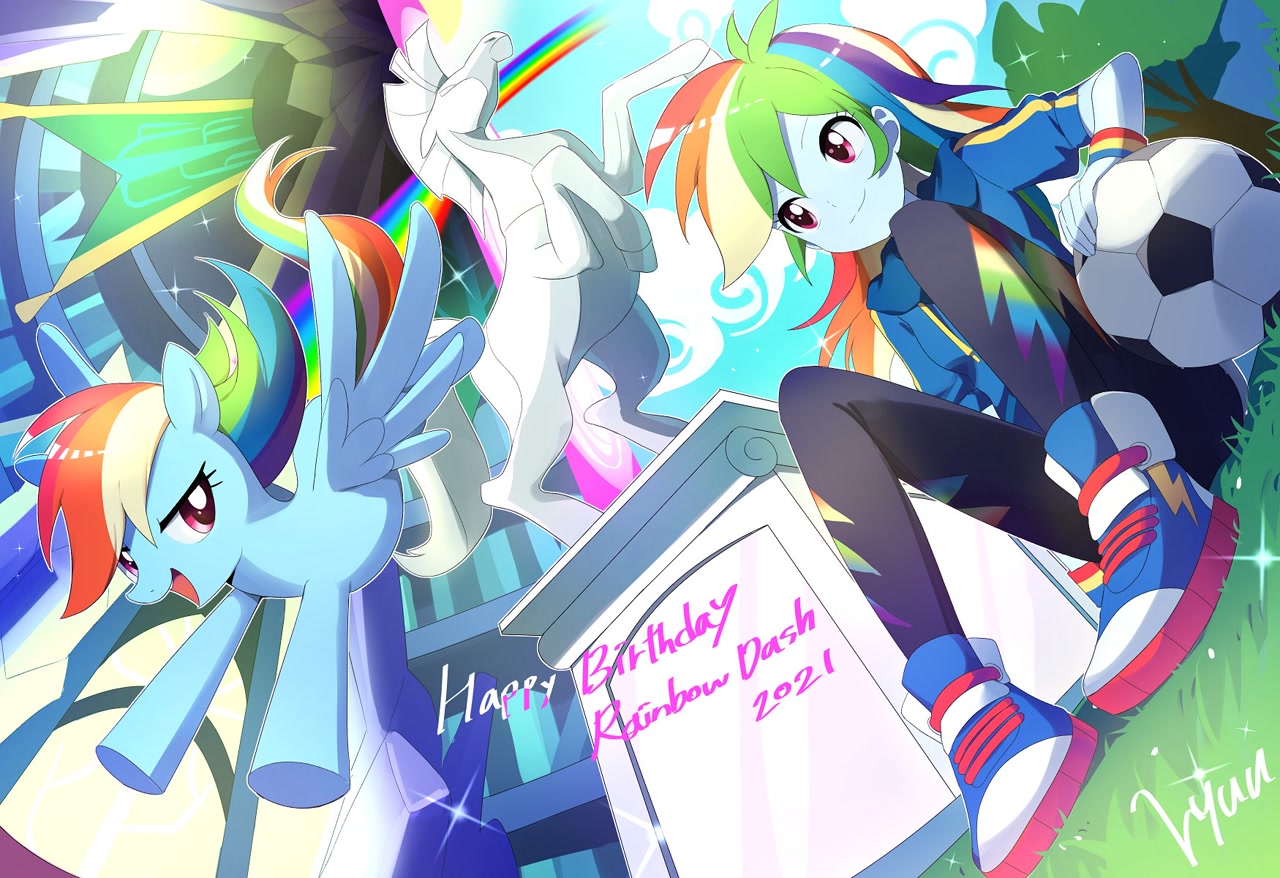 The MLP Lover-Fan
@Dashiefluffywaifu
Yes. I'm glad that everyone's celebrating it. I meant to submit something out of her, but I forgot.
Posted 25 days ago Report
Link Quote Reply

Very few "duo" pictures about Starlight and Rainbow… A crime, that's what it is.
Posted 7 days ago Report
Link Quote Reply

NeonThriller
Which pony would Dash have a crush on?
Posted 6 days ago Report
Link Quote Reply

@NeonThriller
Seeing how thrill-seeking she was revealed to be in Once Upon a Zeppelin, I can easily picture Rainbow crushing on no one less than Twilight Velvet.

I don't think they actually interacted even once in the entire show, but there's certainly room for said interaction offscreen. Even if that room amounts to being in the same area only because of someone else, like in A Canterlot Wedding, Magical Mystery Cure and The Last Problem.

Bonus point if she first mistook Velvet for "Twilight's older, sexier sister" rather than her mother when she first saw her at the royal wedding.

I imagine they'd hit it off with flying colors even without a crush being involved, though.

Happy to be here ^_^
@NeonThriller
Fluttershy 😛
Or Sunset Shimmer

Happy to be here ^_^
@genervt
Did I missed something?
Posted 3 days ago Report
Link Quote Reply