Music Connoisseur
@Andyxdr
What can you do really? People are just expressing what they think as obnoxious as it is. I still see many people dunk on Starlight and never seem to give it a rest but what can I do?
@Background Pony #EDB8
Probably, we’ll see
Posted 5 months ago Report
Link Quote Reply 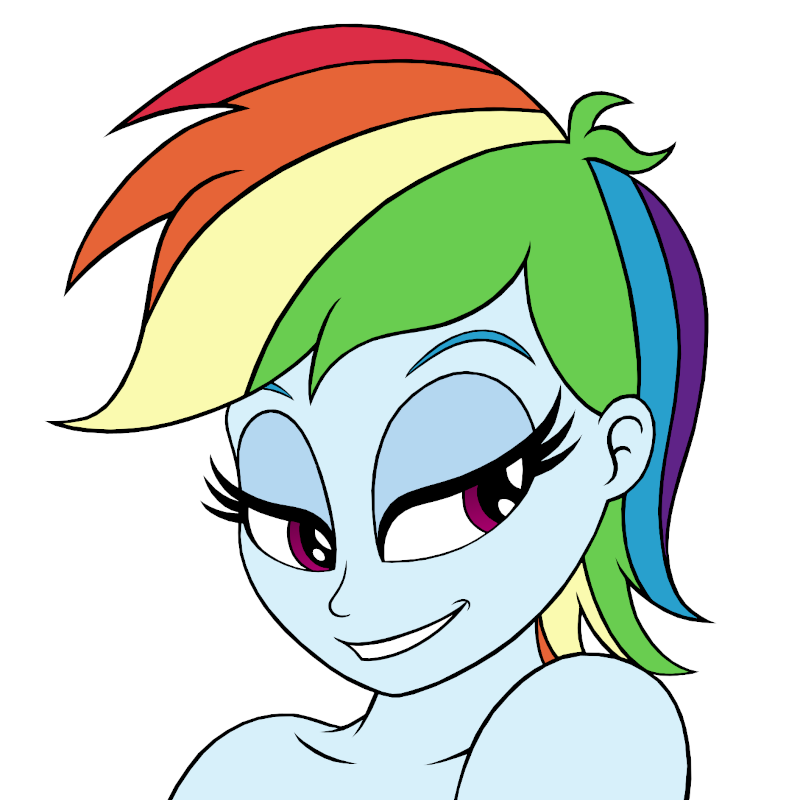 Some people do need to learn to let go and walk away (or, let’s call a spade a spade here, need to grow the fuck up), but there’s a difference between disliking someone or something and just not shutting up about it. And between “I’m sick of the second type” and “no one is allowed to dislike a character I like” for that matter…
And since the finale, well, Discord certainly seems to mostly attract the latter of both groups from what I’ve seen. I don’t even hate him but I still blocked his tag because I’m sick of the kindergarten battle that crops up and monopolizes the comments 95% of the time. I’d planned a few jokes involving him but now I won’t even bother uploading the fanarts because it’s not worth the drama.
Posted 5 months ago Report
Link Quote Reply
Background Pony #EDB8
@Mr.Myoozik
Indeed.
Also, true.

What can you do really? People are just expressing what they think as obnoxious as it is.

Music Connoisseur
@Roseluck
It’s just a few users, and the same ones most of the time stirring up drama
Posted 5 months ago Report
Link Quote Reply

@Background Pony #5A0F
Thanks for the info. The thing with ‘blocking’ drama is that you don’t notice when it stops or slows down.
@Background Pony #EDB8
I think it’s a case of vocal minority versus silent majority. Since most of any discussion about him is the same “Discord did nothing/everything wrong” deal, with other subjects rarely showing up, it feels like it’s all there is to see.
@Mr.Myoozik
Yeah, they’re so few and always-the-same that it feels like an argument in favor of being able to block users sometimes. Would only affect comments on uploads and not forums, but that’d already be a lot of ‘nothing of value was lost.’ Because even when good points are brought up, the ‘discussions’ become circular with the same arguments used now (often very repeatedly) that were used back then.
—
Speaking of which and (hopefully) relevant to the thread, there is one thing I’ve not seen brought up about Discord around here. Then again, I’ve not exactly checked.
Ignoring his evil and/or not-evil, most of all, he feels like a… sorta self-insert to me? Probably not the right term, but feels like the writers using him when they want to indulge themselves with references or the like that wouldn’t work with anyone else since they don’t break the fourth well at all/as much (since Pinkie isn’t really on the same level of ‘meta’).
Kinda like how I feel the real root of The Mysterious Mare Do Well’s issues was that they wanted to write a Darkwing Duck episode rather than a Friendship is Magic one, and the ponies would oblige like it or not. Hence the ‘interesting’ characterization of both sides of the blaming game, they were just a mean to the writers’ end.
To be fair, I’m probably influenced by, well, let’s say I don’t think it’s a coincidence that Discord got to be the not-boyfriend-honest of little miss Waifu #1, Fluttershy. Not a coincidence either that she’s always depicted as right… And yeah, him appearing in G5’s comics also didn’t help. (I’d predicted he’d be involved in G5 back when all we had was a bedsheet too haha)
A pretty damn subjective way to look at it, yeah. But hopefully it’s a way that’s not been beaten into the ground like a dead horse?
Posted 5 months ago Report
Link Quote Reply

@Background Pony #EDB8
Since most of any discussion about him is the same “Discord did nothing/everything wrong” deal, with other subjects rarely showing up, it feels like it’s all there is to see.

How about my look of discord did plenty wrong but if u underestand that wrong comes from being misguided and due to his nature of a spirit of chaos and disharmony. You wouldn’t judge him so harshly and understand he is a good character and a caring friend at heart.
Posted 5 months ago Report
Link Quote Reply

Glowin' up!
@CORDZ2000
I see him the same way you do. 😉
Posted 5 months ago Report
Link Quote Reply

Umbreon is best Pokemon!
Kinda of funny to read through all these remembering I’m the one asshat that never shut up about it until recently. I gotta wonder if people other than me do that since I stopped now and also blocked the tag. Is it relieving to not see me around to talk shit about Discord? And are there other people out there who would do the same besides me? And regret doesn’t really work when it happened anyway.
Honestly maybe I have been harsh on him. Perhaps I should cut him some breaks. There is a full analysis of why Starlight’s redemption arc didn’t work right here in this thread after all. None for Discord, and no one seems to have an objection for it. Perhaps I was wrong this whole time and I really don’t “understand” him. Well, live and learn.
Posted 5 months ago Report
Link Quote Reply

Music Connoisseur
@Background Pony #EDB8
There’s a term for that, “the vocal minority”
@Just Wayne
In case you’re curious, my replies weren’t mentioning you, you’re not one of those people I’m talking about
Posted 5 months ago Report
Link Quote Reply

Umbreon is best Pokemon!
@Mr.Myoozik
I know. I don’t think anyone is talking about me. All the talks just reminds me of things.
Posted 5 months ago Report
Link Quote Reply

@Just Wayne
The problem is characterization.
If he was characterized as this trickster god who just likes messing with people, and he completely owned it, then he’d be this loveable asshole.
If he was characterized as this unfathomably powerful being trying to learn empathy, that would be compelling.
Instead, we get the worst of both worlds, where Discord gets to be an inconsiderate asshole who conveniently can’t be held accountable for his own actions. With the harm he’s done far outweighing the good.
And this is coming from someone who likes Discord.
Posted 5 months ago Report
Link Quote Reply

He’s actually both these things. He’s a trickster who helps in his own way both because of genuine care and because he still likes being a troll. He’s trying to learn empathy which is why in every episode, when he realizes what he did wrong, he learns a new lesson and genuinely apologizes. He’s not more beloved mostly because his character is misunderstood.
Posted 5 months ago Report
Edited 5 months ago
Link Quote Reply

Ocs,Boops,Tickles&Memes
Even before his redemption I was never a fan of Discord. I found him more annoying then funny :/
Posted 5 months ago Report
Link Quote Reply

Umbreon is best Pokemon!
@Starponys87
I really hate this “Power makes right” thing going on with Discord. Just because he has tremendous power he is allowed to do the “lesser evil” and suffers no consequences despite the effect his actions have on everyone and everything around him. That’s just so annoying, but I know what I say doesn’t matter and I’m already overstaying my welcome.
Posted 5 months ago Report
Link Quote Reply

Well, so much for treading new ground about Discord…
@CORDZ2000
Yes, I was thinking of you when I typed “no one is allowed to dislike a character I like.” You’re extremely intolerant of opinions you disagree with. People can’t mention they dislike Discord without you showing up and ordering them what they should think about him.
I wasn’t even judging him too, my biggest issue with him is definitely on our side of the fourth wall.
Posted 5 months ago Report
Link Quote Reply

CORDZ2000
Draconequues Lover
@Roseluck
I don’t order anything i only reply with facts and evidence. Anyone can dislike him all they want but claims like being the worst character and such are simply objectively not true if u understand his character and what he represents.
I also only use to do that now i mostly don’t care and just understand certain subsets just have a hate boner
Posted 5 months ago Report
Edited 5 months ago
Link Quote Reply

CORDZ2000
Draconequues Lover
Also im very strongly about opinions i have because I don’t just say things. I spend time thinking about what I think to I know it is true.
“I think discord is a bad character because hes a jerk and causes too many problems” will forever to be incredibly nonsensical, hes a spirit of chaos and disharmony.
Posted 5 months ago Report
Edited 5 months ago
Link Quote Reply
Interested in advertising on Derpibooru? Click here for information!