I might be wrong but I was under the impression that Bonbon was only officially used really early on, and then they changed her toys to Sweetie Drops later. The point I was trying to make was that sometimes they do change names for whatever reason, so Hasbro’s official canon isn’t always static or completely reliable, but that still doesn’t take away from both the fun and the validity of us as a community coming up with names.

I’m still pretty sure Button Mash was named by the fanbase and was outright adopted by Hasbro and they later included it in the credits to one of the episodes he appeared in. I could still be wrong on that one though.

As for Snail’s true nursery rhyme origin though, that’s an explanation for the reference but I still find it extremely suspect that the “concerned moral guardian parents” had such a problem with Derpy’s name that one time but never talked about him. I doubt the kind of people who write letters to networks about things like this are really even into the shows they’re complaining about in the first place. I still think it’s hypocritical because regardless of the true meaning, Snails seems like he has more potential to be interpreted the wrong way. And the characters in the show have said his name way more than the ONE time that Derpy was ever muttered.
Posted 2 years ago Report
Edited 2 years ago
Link Quote Reply

Moderator
Undead inside
@Goddess Erosia
She’s still called Bon Bon in the Gameloft game. It’s not like ‘only in the past’ I mean right now.
Posted 2 years ago Report
Link Quote Reply

Actually that’s something I’ve always wondered but never looked into…. How canon is the gameloft game exactly? Do they rely entirely on Hasbro to provide names, or do they sometimes do some things themselves? 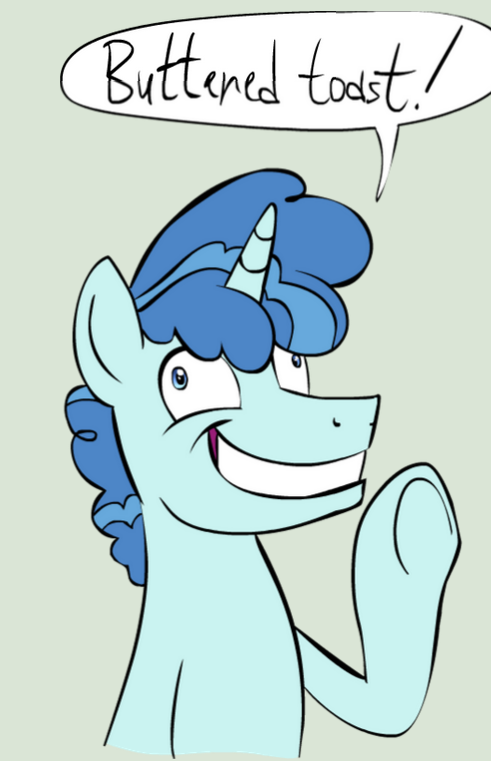 Waste Of Space
@Goddess Erosia
There’s a few names I think Gameloft might have made themselves, like maybe Cinnamon Chai unless I’m wrong? Also I saw they call Valley Glamour “Valley Trend” so would that be considered her canon name?
Posted 2 years ago Report
Link Quote Reply

Fluttershy: “But how do we keep from worrying about it?”
Snails: “You could do what I do and not think about it. Seriously. I don’t think about anything. Ever.”
-Buckball Season

Indeed. Snails isn’t the type to let performing under pressure get to him, at all. He wouldn’t think, he just does it, kind of like say, Forrest Gump as portrayed in the film.

(In any case, to change the subject a bit, the chances of Snips and Snails going through with an utterly moronic plan like what happened in Boast Busters again is officially dead. Snips was the one to actually question Scootaloo’s boasting about her parents, in The Last Crusade, whereas his S1 self would have done the exact opposite)
Posted 2 years ago Report
Edited 2 years ago
Link Quote Reply

Well, it took eight (or nine, depending on how you count from S1) seasons for that development to be cemented for sure, lol.

Still, that instance did turn out to be a case of massive foolishness rather than stupidity on Snips’ part (he was pretty much the one that planned it, and he dragged Snails along), because you can’t fix stupid, foolishness, you can, if they’re willing to learn.

according to wiki/twitter for Mr. and Mrs. Shy:

Why must you remind me that series is kill

Button Mash is an Earth pony colt with a brown coat, two-tone orange mane and tail, reddish brown eyes, and in Gameloft mobile game artwork a cutie mark of a D-pad. He first appears in the season two episode Hearts and Hooves Day. He is unnamed in the show, but he is named “Button Mash” in some other media and both “Button” and “Button Mash” by Hasbro Studios legal counsel.

It’s a fan name that was later appropriated.

Goddess Erosia
please call me mom~<3
Right. Soo uhhh, now that the names are final and all the polls are over, how long til this thread gets locked?
Posted 2 years ago Report
Link Quote Reply

Right. Soo uhhh, now that the names are final and all the polls are over, how long til this thread gets locked?

There’s no need to. Just stick to the topic. It’s not a general discussion thread.

Lady of Ships and Birbs
@Badumsquish
All nice picks. I’m okay with this.
Posted 2 years ago Report
Link Quote Reply
Interested in advertising on Derpibooru? Click here for information!