Deletion reason: this was not an invitation to a debate
Posted 2 years ago Report
Link Quote Reply 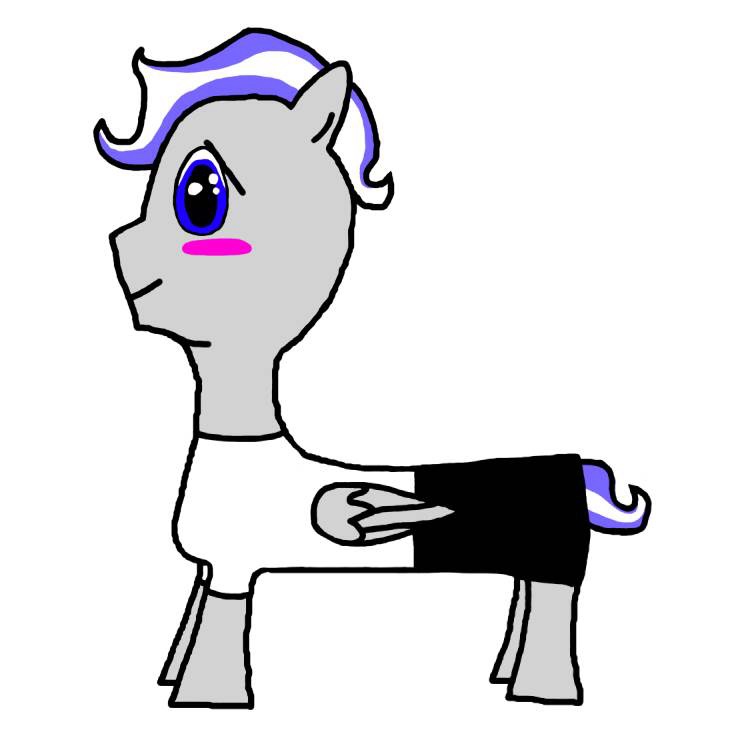 If so, have the sphinx be named Samkaa, have Mr. Shy’s name be Cirrus Shy, Mrs. name should be Sunfly Shy, and Trixie’s mom should be Honeybread Lulamoon.

Just random thoughts from the top of my head.

The naming poll is already over, let alone the time for suggestions.
Posted 2 years ago Report
Edited 2 years ago
Link Quote Reply

(Foil Hat)
@GenericArchangel
Only one that I voted for (though in hindsight Gentle Breeze also clicks with me) and the Sphinx remains as-is.
Posted 2 years ago Report
Link Quote Reply

Posey Bicce
I hope the one who drawn Trixie’s mom is satisfied now.
Posted 2 years ago Report
Link Quote Reply

Isn’t he right about the non-canon screamers, though? Ever since the Nightmare Rarity arc, these people have been basing their opinion that the comics are non-canon on their own shortcomings with paying proper attention to the plot. That they overlooked one line by Luna is responsible for it that the official comics get stamped with the “Different Continuity” mark until this day.
I can’t see why it’s “crap” to point out that the belief the official comics show events from a different continuity is merely rooted in negligence and unattentive reading.

Retired Ass
@CMC Scootaloo
The “crap” is not what he said, the crap is the way he treated other people when he said it.

We’re not going to discuss this issue further in this thread.

“The “crap” is not what he said, the crap is the way he treated other people when he said it.”

orbsah
There is countless other times that the show and the comics contradicts each other.
Posted 2 years ago Report
Link Quote Reply

@Goddess Erosia
That’s not correct. While they don’t work together directly (DHX writers and IDW writers don’t sit in a meeting room to discuss and to line up the respective episodes and comic issues together), it was said by someone from IDW a while ago that there is a story consultant from Hasbro whose job it is to ensure that the plot of the show, the official comics and the official books fit together and don’t contradict each other. MLP: FiM isn’t simply outsourced to IDW and then they can do whatever they want with it. They still need to adhere to the all-inclusive G4 canon.
I can’t recall where I’ve seen this statement and who made it and I didn’t screenshot it for some reason. But you can see it very directly in the comics themselves, too.
It’s strange that this still has to be a matter of discussion, after the Season 7 tie-in rendered the entire argument of comic canon deniers meaningless, but I’m ignoring that for a moment now.
References to the official comics have been made before Season 7 came around. The #1 ultimate argument of comic canon deniers was always that the comics can reference the show, but that the show never references the comics, which they used as a way to say that there is only a one-sided connection. That didn’t make sense to begin with already, if the official comics are able to display or reference events from the show it’s obvious that these events happened in the same universe and continuity, but it got ditched completely when Season 6 came around.
Two things that have been famously introduced by the official comics were the game “Ogres and Oubliettes” and that Applebloom, Scootaloo and Sweetie Belle are members of the filly guides. We’ve seen that in the official comics first. And nothing ever indicated that the show could bring that up, which fit to the argument of the comic canon deniers.
But then Season 6 came and “28 Pranks Later” aired and, big surprise, we did see Applebloom, Scootaloo and Sweetie Belle as filly guides in that episode, for the first time ever in the show:

your current filter.
Two episodes later then, “Dungeons & Discords” was an entire episode about Ogres and Oubliettes.
It’s also important to keep remembering the origins of how it came to be that the official comics got the reputation of not being canon. The only reason this happened was because the second arc of the official comics was interpreted as a contradiction by its readers, when they saw that Nightmare Moon returned from the moon and took Rarity. They were thinking this meant that the comics portrayed Nightmare Moon as a monster from the moon, rather than a being created by Luna’s mind, since the Nightmare Moon in that arc didn’t come out of Luna, while they actually overlooked a plot point.
It was in another arc of the official comics, one that ironically came out in 2016 as well, that it was proven that the official comics didn’t contradict the show there, as they showed that Nightmare Moon was still in Luna’s body.
Luna got soaked with cursed water and, while that same water has simply turned the Mane Six evil before, it freed Nightmare Moon and let her take control of Luna again.
There isn’t any ground to stand on for comic canon deniers if the same comics that they accused of contradicting Nightmare Moon’s origins portray her origin in the same way as the show did.
The bottom line of that is, the belief that the official comics aren’t canon, or, that the show could overrule them and render them non-canon only came to be because of the misinterpretations of the second arc by people who didn’t pay enough attention to it.
The only reason why there are still so many people clinging to that belief is because they have a hard time letting go of it and accepting that they were in the wrong all along and therefore refuse to do that. It’s so ingrained in the fandom’s collective consciousness by now, that it’s hard to get rid of that belief.

I like the other 3, but Imma be crying myself to sleep for some time over “(character)” still being a part of Sphinx’s tag.

So do tags get retroactively converted to the new names, or will older images keep the names?

Entry Of The Chameleons
@Dustcan
the “(character)” part in the tag is a disambiguation - it’s there to avoid confusion with other known sphinxes. :P
Posted 2 years ago Report
Link Quote Reply

@That Little Faggot with the Earring and the Makeup

I know why it’s there. It just makes it a pain when using the searchbar.

@Mildgyth
I like the other 3, but Imma be crying myself to sleep for some time over “(character)” still being a part of Sphinx’s tag.

This, too, is my only problem with the winners.
Necessary evils :c
Posted 2 years ago Report
Link Quote Reply

@Dustcan
It just makes it a pain when using the searchbar

It would probably be a good idea to add something like “For the big purple Sphinx who clashed with Somnambula, see sphinx (character)” to the tag description for sphinx.

@ Exhumed Legume
I’d prefer The Sphinx over Sphinx (Character)
As anyone who’s tried to search for songs or band names in certain places can tell you, search criteria which include “the” can be a an enormous hassle.
Posted 2 years ago Report
Link Quote Reply

orbsah
That wouldn’t be a problem if they name it The Sphinx as I said.
Posted 2 years ago Report
Edited 2 years ago
Link Quote Reply
Interested in advertising on Derpibooru? Click here for information!