Big Golden Bitch
@Edhelistar
And yet the Sphinx is a female, not having the face of a male, indicating it doesn’t follow strict Egypt Sphinx rules.
But fair enough. I just enjoy the idea of Jinxy being a lap-cat for a big old Egyptian god. Head canon warning. I think the statues in the Sphinx temple are of Egyptian gods. 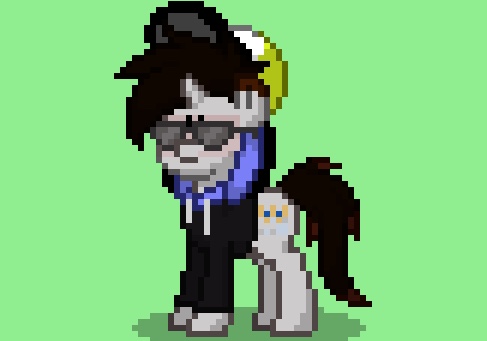 I'm for keeping the Sphinx nameless. As for the ponies, I'm thinking "Posey Pockets" for Fluttermom, "Gentle Breeze" for Flutterdad, and either "Dandy Drammatica" or "Fiore Favoloso" for Trixie's mom.
Posted 7 months ago Report
Link Quote Reply

Professional Zigger
Guys, these names are really bad, if this is your suggestions I may ask someone on the wiki team to take my place, cause I'm not agonna plug this in lol.

Keep them Nameless
My vote

@JaPon-ii
In My Defense, Here's M.A. Larson's and Big Jim Miller's quotes on the Naming of our Town taken by the MLP wiki. If any of this is inaccurate,Please let me know.

"Fandom can decide what to call the village"- M.A. Larson

"We refer to it as 'Our Town' but as of yet, it has no official name."- Jim Miller

And Aside from some Magazine that was published somewhere in the UK that hasn't been released Worldwide. The Town that has no name…Still has no name. I mean we can still vote on 'Our Town' as a name but it still stands that the show, the comics, and the crew are undecided with the name and want US the fans to think of a name.


Your defence is good but if fans have the right to name it, then the name was already dubbed when we first saw the episode. Fans already call it Our Town because that is what the show has on screen called it. A pony said this is "Our Town" even though that implies "hey this is our town" the fandom still calls it "Our Town". Hence the name to this day is "Our Town".

Even in works of fiction and comics, fans have been calling the place "Our Town"

Big Golden Bitch
@Edhelistar
Well if that’s the case, why aren’t we suggesting names like Zeus or Hades? :^3
Really though when you look at the show you see cute memorable names that work with the show. These Egyptian names don’t really fit very well.
We need a cute name that works for the big purple waifu

A lot of people seem to think not.
Posted 7 months ago Report
Link Quote Reply

Well if that’s the case, why aren’t we suggesting names like Zeus or Hades? :^3


I don't mind Egyptian or Greek related names for her. Japanese names are where I draw the line though.

Really though when you look at the show you see cute memorable names that work with the show. These Egyptian names don’t really fit very well.


I mean, not all characters in the show have cute names (e.g. Sombra, Discord, Torch, Ember, Somnambula, etc.). And although the sphinx looks cute, she's also intimidating and plays a threat in the episode she was in. Her having a name that's not cute could work too.

Or not giving her a name at all. I'm still up for that.
Posted 7 months ago Report
Link Quote Reply

Big Golden Bitch
@mjangelvortex
Was the Sphinx really a threat? She fulfilled her word. The riddle was answered the trial was passed and so she let the pharaoh go as promised.
Then again I DO find the Sphinx more attractive than most. She is one of my favourite characters and a super waifu so maybe I’m bias when it say her name needs to be cute and attractive.
I actually find ember to be a cute enough name. Usually the males in the show have the least cute names and the girls usually have cuter ones
Posted 7 months ago Report
Edited 7 months ago because: Another thought
Link Quote Reply

@LightningBolt
Shouldn't their tags then simply be "Mr. Shy" and "Mrs. Shy"? Not sure why names have to be added if there's no official name other than we got.

Naming Mr. Shy as Nimbus Breeze (which seems to be a popular option) might just cause more confusion, as "Shy" is missing in the name.

Due to the overwhelming response, we're going to cut off suggestions starting at midnight GMT on July 23rd (a bit under 23 hours from now).

After that we'll be posting some elimination brackets for each character.

Site Moderator
Friendly Neighborhood DM
@Liggliluff
Perhaps Mr. Shy took the last name of his wife, Posey Shy (assuming that or some similar -Shy variation wins. He would still be Mr. Shy even if his name is Gentle Breeze or whatever.
Posted 7 months ago Report
Link Quote Reply 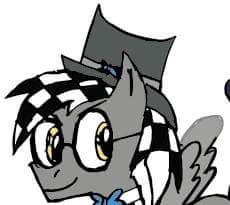 @JaPon-ii
I'm starting to think you have a point there and upon further research, Jayson Thiessen stated that the name of the Village is referenced ONLY in its song.

If you listen closely, they name the town in the song… #MLP5

Although I have to disagree with you that the show has named the Town 'Our Town' onscreen (Because it clearly hasn't and Most of the Unnamed Ponies of the Episode actually refer to Village as "Our Little Village") Its still implied that the Village is called 'Our Town' . Its Confusing and Vague, but understandable given the background and its… Cough Controversial Context its based off of.

But if there's ever a chance our Community has the opportunity to officially name this Village, I'd either leave it as Our Town or Call it Ourville

I think at this point, We should leave the topic be. If it gets picked up again then let the fans decide, but if not that's fine too.
Posted 7 months ago Report
Link Quote Reply

Site Moderator
Friendly Neighborhood DM
@Checkerboard
Not in this thread, please. Any more discussion of "Our Town" will be deleted.
Posted 7 months ago Report
Link Quote Reply

Site Developer
Word Bug
@cheezedoodle
Any chance of sphinx (character) being added there? I know there were a lot of people asking for no change, and this is the best way of handling that and still allowing sphinx OCs as a species.
Posted 7 months ago Report
Link Quote Reply

Site Moderator
Tag-Bot
@Damaged
@DanielTepesKraus
I didn't even notice it wasn't listed. Yeah, will make sure it's there.