needs more G5
@hironakamura
Good question. Do G5 ponies play video games? Pegasi might, possibly earth ponies, but unicorns might not be that far along with the tech yet. I could see something like that being a youtube short promo type thing though.
Posted 3 days ago Report
Link Quote Reply

If the characters have smartphones and internet content such as streaming, it wouldn’t be too crazy to see them playing videogames. After all, that also happened in G4. 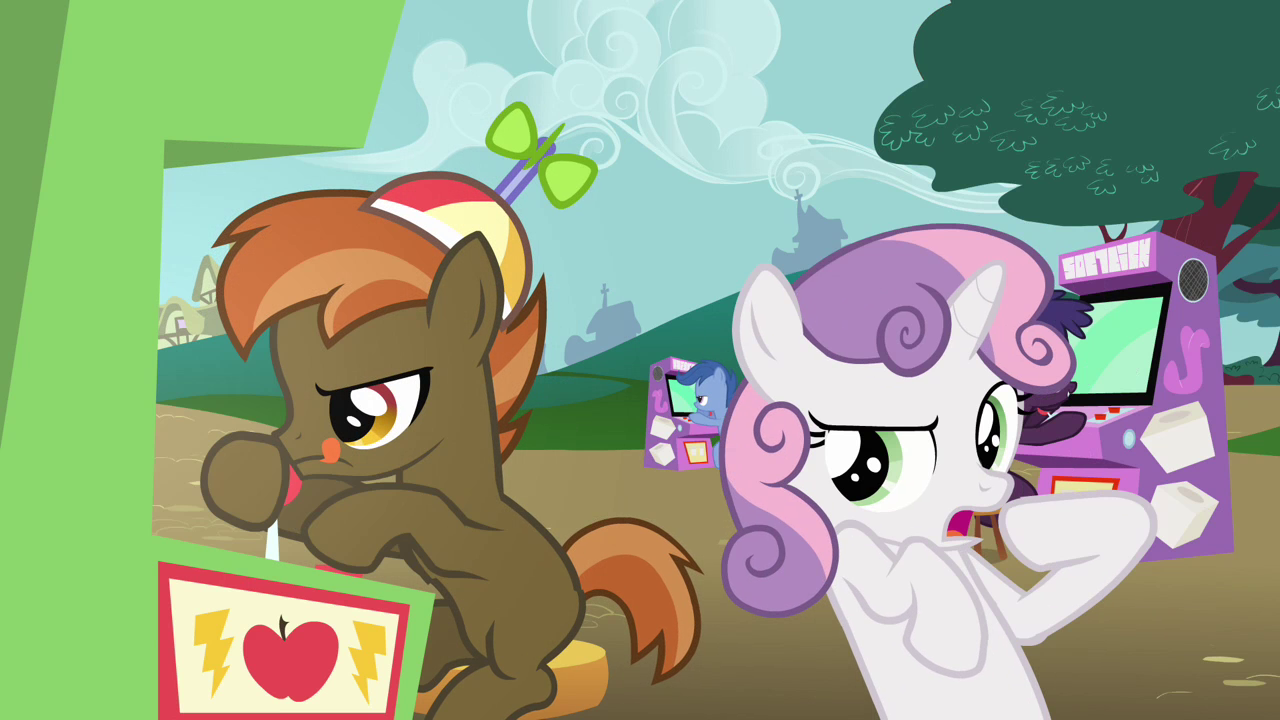 needs more G5
@Ring Team
Heh. I loved how everything in G4 was old school.
The pegasi have smartphones in G5 but I didn’t see any EP’s or unicorns with one. If it turns out that they do all have phones that would really change the dynamic of how they communicate and interact. Whatever the case may be, I do hope that smartphones are used sparingly in G5.
Posted 3 days ago Report
Link Quote Reply

needs more G5
@DoctorWTF
Different strokes for different folks. Not everypony is going to embrace the tech the way the pegasi do. Maybe the Bridlewood ponies prefer the backwoods style of living. Pegasi clearly love big city life, but the Maretime Bay ponies are more the small-town-by-the-sea type, albeit with a taste for odd tech that makes them feel safe.
Posted 2 days ago Report
Link Quote Reply

(Foil Hat)
@DoctorWTF
Someone posted a while back saying that unicorn magic has been lost to the ages. All that’s left is bing bong.
Posted 2 days ago Report
Link Quote Reply I’m not a big fan of the eyes Rainbow Dash has in this leak, because it looks like a model created by a fan. Bigger eyes is not enough. If you want big eyes, go watch again MLP:FiM. I wanna see different things, not the same thing over and over again. As a result, the current design the G5 characters have is much better, more consistent and more appealing.
That said, Twilight here is very cute.
Posted a day ago Report
Edited a day ago
Link Quote Reply
Background Pony #7931
@Ring Team
If that’s what you want- stuff that’s “new” and “different,” then why do you say the same old things over and over?
Posted a day ago Report
Link Quote Reply

@Background Pony #CC06
I do see some Starlight in Sunny. Both are determined to do whatever needs to be done. They both have high dreams of a utopia. And they both can be a bit single minded and not looking at things on a grander scale.
Posted about 21 hours ago Report
Link Quote Reply

needs more G5
@Background Pony #CC06
I don’t get all the “Sunny is Twilight” chatter. They are two very different characters. Yeah they have some similarities, but consider their radically different backgrounds…
Right off the bat, Twilight was an elite super-genius prodigy gifted with incredible magical ability. She was the apprentice of the ruler of her kingdom. She answered directly to the highest authority. She was effectively a representative of the established order. She was methodical and diligent.
Sunny is an average pony from a small town. She makes smoothies for a living. She is not a genius, but has a big heart and is focused on her cause. Her gift is her faith. She’s nothing particularly special, just a pony that wears her heart on her sleeve. She goes against the grain and has contempt for the status quo. She is intuitive and spontaneous.
So while Twilight was “the chosen one” in G4, Sunny is more “the trailblazer” in G5. They each took different paths to arrive at the same point of understanding.
Posted about 15 hours ago Report
Link Quote Reply

👻Haunted👻
@Pinto Bean
I don’t think that last distinction is going to last.
Posted about 15 hours ago Report
Link Quote Reply
Interested in advertising on Derpibooru? Click here for information!