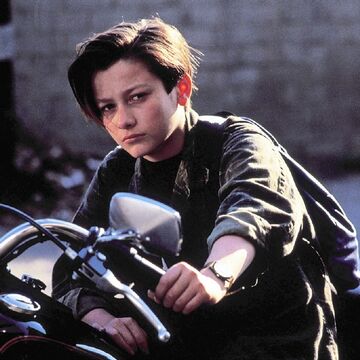 https://www.youtube.com/watch?v=-SKR43XHRP8
i hope you remember seeing this youtube video cause it predicted that g5 will be pretty good, and they were right.

Brass Beau
Howdy from Shimmer Pope
@DaddyMakesMeEUHH
I dunno. Her hair is braided in the back instead of using a scrunchie to hold a ponytail on the side of her head. Or is that more of a late 80’s thing? It’s all blending together now.
Posted 11 months ago Report
Link Quote Reply

Shiny Bug
I sort of have two theories as to how G4 leads to G5. The first theory is the one I mentioned previously, where G4 is an old legend in G5, but didn’t happen literally, leaving the two worlds separate while letting the former inspire the latter.
The second is that someone or something came along and defeated Twilight, and whoever is currently in charge, if it is indeed a council of Alicorns, are the ones who defeated the threat, but proved not to be as apt at ruling as Twilight.
Posted 11 months ago Report
Link Quote Reply

Broken Ball of 💽TM21
@TheFinite
Maybe her own daughter(s) overthrew her and established a constitutional republic.
Posted 11 months ago Report
Link Quote Reply
Background Pony #A512
@WyrmSpawN
Or maybe this takes place far in the future after Twilight retires.

DaddyMakesMeEUHH
(ヽ^ゝ^)ちわー！
@TheFinite
Oohh yes, or maybe combined those both up. Let’s say, Twilight is a alicorn everything is right in the world etc. Twilight’s been lonely, so she’s been choosing worthy ponies to continue the legacy. The Rule of Alicorns are good at first but they rule a bit more “stronger” than what Twilight taught them.

As time goes on and more ponies replacing the old, the group becomes more haughty, prideful, and a lot more meaner. Stranded from what they once were,they start looking down on the ponies. They worry because the ponies could revolt. So the alicorns “Divided and Conquered”.

Fast forward to gen 5, the alicorns are more covert and hidden from the rest.Due to how much time passed the legends of the main six changes.The Alicorns also twist and change it to fit the “division agenda” or whatever. It gets turned into a old cartoon , but no on actually believe the story because it all “fantasy”.
I don’t know just probably overthinking it 😆.
Posted 11 months ago Report
Edited 11 months ago
Link Quote Reply
Background Pony #3E41
So it’s all Twilight’s fault. Dang, I knew making her an alicorn was a mistake.
Posted 11 months ago Report
Link Quote Reply

Broken Ball of 💽TM21
@Background Pony #3E41
I told them all, but they didn’t listen.
Posted 11 months ago Report
Link Quote Reply
Background Pony #7A60
@WyrmSpawN
You say that reminds me of this

Alright. I guess the faces will take some time getting used to. Especially the teeth.

Putting G5 in the same world as G4 despite the drastic change in mindsets, seeing everything Twilight worked for go up in smoke, the emphasis on how everyone can make a difference—as opposed to the Mane 6 being god-chosen saviors without whom the world is doomed, no ifs or buts—the fact that Sunny is trying to help for no other reason than she wants to make the world a better place rather than being thrown into the job because she was at the premiere villain’s ground zero…

This whole premise makes me wonder if the show makers aren’t keeping an entire deconstructor armada up their sleeves. There’s a lot to deconstruct about the Magic of Friendship~ and the way G4 handled it, after all.

Latecomer
@Knight of the Raven
Somehow I doubt it. But you never know…
Posted 11 months ago Report
Link Quote Reply

Zipp is g5 BP
@Knight of the Raven

That’s my concern as well, and shows the pitfalls of essentially playing in Faust’s and McCarthy’s sandbox. I mean, the central theme of G4 was the magic of friendship. Where else do you go with that in a setting that already examined that? If it was it’s own thing, it would be much less of a problem, since the writers aren’t as beholden to previous continuity and themes as before.