Pony Discussion » Crazy Headcanons Search Posts
Started by Background Pony #34C9
Posted 9 years ago
17497 replies
Subscribe
Background Pony #5714
Let’s Discuss Insane Headcanons that either you came up with or that you probably found on the internet.

There’s this headcanon I found on Tumblr that Fluttershy was actually a colt and then trainsitioned to being a mare when she got older, which explains her personality.
Posted 9 years ago Report
Link Quote Reply

The Bestia
Discord is G3 Spike. He survived the end of his universe, but was driven mad in the process.
Posted 9 years ago Report
Link Quote Reply

The reason that changlings have green fire is because they eat what fuels the Fire of Friendship that repels the windegos, which feed on hate; ergo, the changlings and windigoes are mortal enemies. Also, the Cadence and Shining Armour used the Flame of Friendship, but it was “next level” because love and whatnot.

In the far future, it becomes a common custom for fillies and colts to write a letter, put it in a bottle, and send the bottle out to sea at sunset whenever they learn a moral or life lesson. Each letter is addressed “Dear Princess Twilight.”

@archestereo
Why does this remind me of the Legend of Zelda?
Posted 9 years ago Report
Link Quote Reply
archestereo
@Klonoahedgehog

🅱
@archestereo
Probably the part about the actions of a single person becoming engrained into society to the point where it is followed by children despite them not knowing if it was even real? You know, the opening of most Zelda games?
Posted 9 years ago Report
Link Quote Reply

Entil'Zha
Celestia and Luna are the genetically engineered leaders of the new world after all the humans became beings of light, and MLPFIM takes place in the Babylon 5 universe as a result.

Equestria is the true source of the “dust” in His Dark Materials, and the discovery of that fact by various groups has made it the most hunted and despised universe in the multiverse of that series.

The “base race” or “missing link” for the ponies is not some wesdamaan horse shit, but the houyhnhnms from Gulliver’s Travels.

Mr. Moochick has not been seen in g4 because, while his body is immortal, his mind isn’t, so Luna and Celestia had to seal him away before his senility made him lose control of his magic and transform into a slavering nuclear chaos of magical energy.
Posted 9 years ago Report
Link Quote Reply

An evil, naturally evolved, alicorn race live in the void where Twilight and Cadance were transformed. Celestia and Luna are of those original alicorn but have come to prepare equestrians to resist the invasion of their kind by protecting them from their own villains and by creating artificial alicorns that could possibly keep up with them when the time will come.
Posted 9 years ago Report
Link Quote Reply

Parzival
The entirety of the mane six was carefully put together and given to selected parents, and Celestia caused Nightmare Moon intentionally to get them to form the elements of harmony. Each of their lives were closely monitored ever since. Lesson Zero was not meant to happen and therefore Celestia had to intervene.
Posted 9 years ago Report
Link Quote Reply

gag on black pills
Pinkie Pie is adopted. That’s why she’s the only one in her family to be brightly colored.

King Sombra sired a foal with a slave before he was made a shadow. When he was banished, the mother turned to the princesses both for help in raising the child and gaining the sense of identity a life of slavery had never allowed her. Luna volunteered and the slave took on a new family name in her honor: Lulamoon.

Princess Celestia is not now, nor has she ever been, attracted to Discord.

A fortune-teller told Diamond Tiara that one day, a pony without a cutie mark would kill her. That fortune-teller? Madame Pinkie!

When nobody but Angel is around, Fluttershy calls her bouts of adorable shyness “fan service”.

“Drug mule” is considered a racial slur in Equestria. 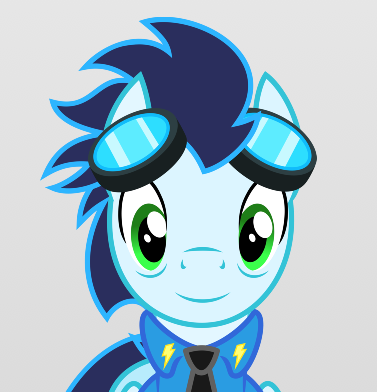 Soarin_the_Pegasus
Big Macintosh is a communist that despises the alicorn princesses and yearns to see the working class of Equestria unite and overthrow the kingdom.
Posted 9 years ago Report
Link Quote Reply
Namalsk
Early-stage pregnancy G1 Twilight released Discord in exchange for her filly’s success. But, Discord transported her far into the future (G4) and out of fear of the impact of being a single mother she quickly found a new husband.
Posted 9 years ago Report
Link Quote Reply

Watcher of the Watchmen
Cadance is a relatively normal pony born to a royal family, and just so happened to be a rare natural, mortal alicorn.
Posted 9 years ago Report
Link Quote Reply

Zipp is g5 BP
Celestia and Luna weren’t born alicorns, but became them due to experiments by Starswirl.

@Ebalosus
If they were made by Star Swirl, wouldn’t that require them to be around at the founding of Equestria? After all, Star Swirl is from before Equestria.

Spike is Princess Celestia’s biological son, and his flame mail works because he is literally sending messages to his mom.

Pomegranates :P
My Headcanon suggests, Celestia and Luna’s immortality are both connected to the Sun and Moon respectively. Celestia did say Discord once controlled both until he was defeated by the sisters. I believe that was when the sisters ascended.
Posted 9 years ago Report
Link Quote Reply
archestereo
@Sjogre

…speaking of which, anyone ever notice that spike’s flames and changling flames are both green?

Because COLORING!!
For most of season 3, Derpy had fallen victim to some sort of space-time anomaly that caused her and all memories of her to be erased from existence.
Derpy’s daughter, Dinky, didn’t get disappear, though. To prevent the universe from collapsing in on itself as a result of this, memories were rewritten by the anomaly in such a way as to make Derpy’s best friend Carrot Top, previously an aunt figure for Dinky, into Dinky’s mother.

Doctor Hooves played a part in undoing the anomaly and getting Derpy back. Carrot Top probably helped too, but if I elaborate any further, this post will be upgraded from headcanon-level to fanfic-premise-level. >_>
Posted 9 years ago Report
Link Quote Reply

I never suggested that they were made, merely transformed a la Twilight Sparkle.