Celestia's absence in the pilot

Why yes, it is weird discussing the first episode like it just came out :p

Rewatching season 1 again, been a long time, but watching episode 1 made me remember, why was Celestia gone at the Sun celebration in the first place? Only thing I can really think of she both knew NM would return herself and kept Twilight in the dark, so Twilight would do exactly what happens in episode 2. I don’t like that though, because it’s a true gamble, really she put Equestria at risk, imagine if Twilight and co failed?

I wouldn’t think she’d make such a risk in the first place, it would make more sense if she was there along with the Mane 6 if things go bad instead of being MIA in an unknown location.

Maybe im dumb and it is clearly explained a some point, still, I’d like to hear what you people have to say
Posted 9 years ago Report
Link Quote Reply

…according to season 3, no, Celestia isn’t shy of such risks IN THE SLIGHTEST.

That’s actually a good theory, McClaw. It makes a lot of sense, I think I’ll adapt that as part of my own headcanon, as they’re called :P
Posted 9 years ago Report
Link Quote Reply
nyxabuse

There’s an Egophiliac comic that explains it far better than I ever could… but it’s not on derpibooru. Damnit.
Posted 9 years ago Report
Link Quote Reply
nyxabuse

You’re going to have to link where it was originally posted. I’m interested.
Posted 9 years ago Report
Link Quote Reply
nyxabuse

Unfortunately, egophiliac (the artist) asked for it to be taken down & it isn’t on her deviantart (or at least, I couldn’t find it), so she must not want it out there for some reason.

Anyway, Celestia needed to use the Elements to defeat Nightmare Moon the last time, and they didn’t work properly then (sending her to the moon instead of acting as an instant-rehabilitation-ray). For the Celestia of my headcanon, banishing Luna was the hardest thing she ever had to do, and she simply didn’t have it in her to do it a second time.

Instead, she hoped/planned for Twilight and her friends to use the Elements to their full potential. There are hints that Celestia has a lot of unseen precognition powers - or, more mundanely, she’s just got very good at reading ponies and planning over her thousand+ year reign. 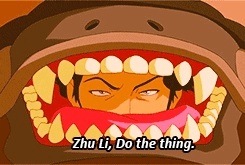 I remember reading a twitter by Lauren Faust that said Celestia has been banished to the sun during the pilot, but i might have misunderstood that :|
It would make sense, though, since at the moment where Celestia appears, the sun seems to rise and there is some sort of glow, which might be her escaping from her prison.
Posted 9 years ago Report
Link Quote Reply
Interested in advertising on Derpibooru? Click here for information!