Forums » Site and Policy » The Anti-Censorship DNP Pledge Search Posts
Started by Datte-Before-Dawn
Posted 16 days ago
6642 replies
Subscribe
Background Pony #1714
I just wanna say it's great seeing the unity we have here, and that there are a number of people on this site, even notable ones, who stand with us.

If we get nuked or some stupid shit.

It's been nice knowing you guys.
Posted 12 days ago Report
Link Quote Reply

@Crade
In case you missed it. Your post was for a short while deleted citing Rule #8.


That's good. That means the mods read this topic closely.

@Crade
I downloaded the images and I will happily put them back up if they plan to cover their tracks.
Posted 12 days ago Report
Link Quote Reply

Censorship always leads to more censorship, this has been said multiple times but people never care until they come after the shit they enjoy and then they start complaining. What's happening with the internet really worries me. Looks like it's just getting worse and worse every day. It doesn't help either that people are trying to make internet more kid friendly when they clearly should know that internet isn't a place for kids, never has been. I have seen so many underage's especially on Twatter harassing artists because they just happened to see their art and didn't like it because they're underage and can't handle seeing porn, so they gotta bitch and complain about it instead of just you know, block them. Same with YouTube COPPA shit, so many videos have been marked for kids and that means you can't see old comments either anymore or add them to your playlists. Worst part is that they mark shit like Happy Three Friends for kids too.

They really don't care about children nor the issue of "online harassment".
In fact they allow such behaviors to happen as long as it happens to be mercilessly lynching individuals, including children, for expressing "wrongthink or whatever they feel like is wrongthink".

Also, some people just seem to have this tendency to look for trouble because they have nothing better to do with their lives.

@Crade
Why does this site hate its userbase so much?
Posted 12 days ago Report
Link Quote Reply 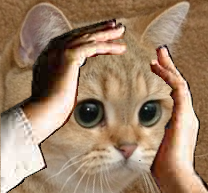 @Crade
Why does this site hate its userbase so much?


Come on, they don't hate their entire userbase.

Just that part of their userbase who hold the wrong political opinions.

I was just on my way to post this very exchanges. I had thought this was the case but to be so open and brazen with it almost dumbfounding. I suppose that is the benefit of being one of the "good" artists.

@Crade
Absolutely disgusting. Of course they would try to pretend it didn't happen by deleting your message.

Let this go to show that the staff here don't really care about the content creators or artists. All of these wonderful artists in this thread and private who have filed DNP because of their biased moderation of this site and it's content mean nothing to them. Everything Derpy has ever replied to any of us was nothing but empty platitudes.

"Freedom of speech for me and not for thee."
Posted 12 days ago Report
Link Quote Reply 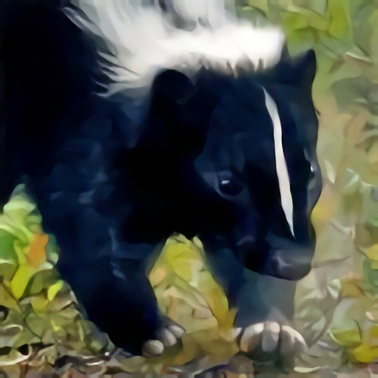 Every time I think the mod staff have some small chance of redeeming themselves, someone goes and steps in it all over again.
Posted 12 days ago Report
Link Quote Reply
Background Pony #81CE
@Crade
Oh, no. It's more than that. According to that user's DNP reason, they also left over incestuous foalcon because it shelters pedophiles in the community.
Posted 12 days ago Report
Link Quote Reply
Armagedonus

@Derwol
Because Derpibooru grew too big.
People involved into this site became arrogant and are beliving they are too big to fall.
Remember when Mikey said rainbooru had no chance at being better derpibooru? That people involved in rainbooru were to green to create site like that?
Seriously, derpibooru staff are like fat cats — complacient, arrogant and believing in their own invicibility.
Which is why it is paramount that DNP keep coming, so staff HAS TO change for better or risk site implosion.

spooky lil kitty
@Background Pony #81CE
Yup. The artist left because they didn't wanna see "Aryanne or Flurry Heart getting tongue blasted by her mother." Which is honestly fine, if you don't want to see something you don't want to see it. The issue I take is when you step up and demand that all content you don't like be removed so no one can see it. That's being bias in the simplest of terms. "Art for me but not for thee, yadda, yadda, yadda."

From all the artists I know of who Derpy has actually gotten around to fulfilling DNP's for he's never been so nice to any of them as he was to that user.
Posted 12 days ago Report
Link Quote Reply


Awww. Everything is nazi today.
Posted 12 days ago Report
Link Quote Reply
Background Pony #1714
@booponies
Deny, deny, deny. I actually saw this with a few mods outside of Derpi.

They bullshit so much until they can't. And then they disappear and pop up at the next adjacent community where almost nobody knows them.

Mao didn't starve his entire country in the hopes of a great leap forward!

iDubbbz makes a very great point in a Tana video that applies here.

You can't start removing one segment without removing the others. Their lack of commitment shows they only care about what hurts them personally.

You either remove all of it, or keep the freedom that people have. They decided to play nitpick in the name of moral righteousness.
Posted 12 days ago Report
Link Quote Reply
Interested in advertising on Derpibooru? Click here for information!