Site and Policy » The Anti-Censorship DNP Pledge Search Posts
Started by Datte-Before-Dawn
Posted 1 years ago
6642 replies
Subscribe
Background Pony #BDEB
@Pony_Prints<3
Oh brother. That is taking it too far right there.
Posted 1 years ago Report
Link Quote Reply
Background Pony #B7DB
well like that guy say you seeing the true color of people for what they really are

Undesirable
@Pony_Prints<3
Yea, I don’t wanna discourage you, but you should be in this for a freedom of expression victory, not to see your enemies kneel before you and be humiliated. Creates a hostile environment.

(twi|pony)booru.org
@Pony_Prints<3
@Barhandar
That is, I completely disagree with your post and the ridiculously counterproductive and useless idea of getting rid of certain beliefs (which is exactly what censorship is trying to achieve, FYI), branding people who hold it (as people have said: that’s no different from the jew badges and pink triangles), and preventing them from holding public power positions. This is how you get blindsided, because authoritarianism (the real source of it all) can disguise itself, and your post describes watching out for just one possible disguise - while also being authoritarian as fuck itself; and you don’t actually have to be in public position of power to have power, grey cardinals exist.

This is why I call only for the resignation for people who have silently pushed the rule changes through despite opposition, and not the rest of mod staff; additionally, staff holding genuinely diverse beliefs keeps the site(s) healthy as long as they do not try to enforce said beliefs on others. Being pro-censorship doesn’t make you unfit for staff role. Trying to enforce censorship does. Just like being a literal nazi, or a communist, or a BLMer, or even a member of DAESH (though extremists like those will have a lot of difficulty keeping themselves from not enforcing their extremist beliefs and so would be under quite a lot of scrutiny). “Being” doesn’t matter. Doing does.

P.S. Remember that a lot of extremists today hold so much power specifically because they were ostracized and branded ages ago and the society allows them to hold on to that no-longer-relevant ostracization to force their own beliefs and excuse their own crimes.
P.P.S. And yes, even though I consider your post utterly wrong, you similarly must have the ability to post it. Silencing will simply justify you in your opinion.
Posted 1 years ago Report
Edited 1 years ago
Link Quote Reply
Background Pony #06F1
@Pony_Prints<3
Yeah, that’s a bad idea and feels like it’s only gonna cause more arguing with people.
Posted 1 years ago Report
Link Quote Reply
Background Pony #A8BB
Although Pony Print’s declaration may be going too far I’m glad it exists because, if a compromise must be made, it’s best that one exists between two extremes rather than between Barhandar’s (whose position I consider the most reasonable) and the censorship crowd. A permanent mark of shame serves no purpose other than being petty because old members of the community will remember and point out past transgressions anyway. Likewise, an oath doesn’t hold much weight on the internet. As funny as site polls can be they’re inadvisable for serious policy changes and I recommend watching “Any Poll’s the Goal” by Internet Historian.

In my view a transfer of site ownership to individuals who are anti-censorship is good enough. Preventing O’Sullivan’s Law from striking again in the long-term is another issue but I think the community’s vigilance has been reassuring. 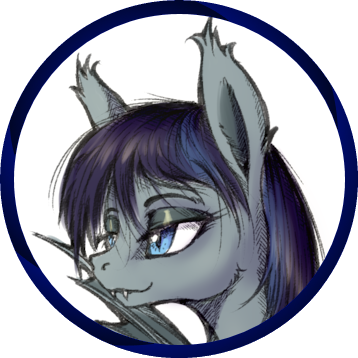 Onikssss
гражданская оборона
Censorship works only if you censor everything and in every direction. Trying to appeal to several people who were mad at something by censoring something - very weak powermove by mods. You can’t appeal to minority by silencing the majority. Now we have what we have - people are mad and those who actually started all this mess - “disgruntled ones”, do not actually care and probably forgot all this already.
Policies should be reverted, all banned - unbanned, everything deleted - restored. Site is still salvegable but discontent will only go on the rise. When this happens, mods will have only one option - censor and ban everything who say something against them. True communist paradise will be built and true zen will be achieved when every single person on the site is banned.
Posted 1 years ago Report
Link Quote Reply
Background Pony #81CE
@Datte-Before-Dawn
Most of it’s kinda silly, but I can see where they’re coming from with the stepping down bit. Leaving in charge the staff who pushed this through apparently without even consulting other staff and who’ll likely be bitter over the backlash since they probably think this was the right and moral thing to do smells like a recipe for things to go south again, possibly in a worse way.
The shaming’s dumb, though.
Posted 1 years ago Report
Link Quote Reply

(twi|pony)booru.org
@Background Pony #81CE
The “everyone pro-censorship step down” part is what’s badwrong in their post, as per above, “the people immediately responsible for silently introducing/enforcing a policy widely opposed even by other staff step down” is enough.

Moreso since if other staff who are pro-censorship attempt to do said censorship again, no matter what ideology they’ll support or target the next time, they can just be asked to resign the same way.
Posted 1 years ago Report
Edited 1 years ago
Link Quote Reply

Bananas
Banankha
@Onikssss
>Censorship works only if you censor everything and in every direction.
eeeeeeeeehhhhhh….. wha? The censorship as it exists always favors one thing to another. What do you mean censor everything? If you are on the left side you censor the right side stuff and vice versa. Where will you find people who elevate themselves above the ruckus to universally censor everything that falls out of some mystical vague “norm”?

The “everyone pro-censorship step down” part is what’s wrong, as per above, “the people immediately responsible for silently introducing/enforcing a policy widely opposed even by other staff step down” is enough.

Although I agree with you I’m afraid it may lead to just throwing somebody under the bus as a scapegoat in order to minimize the consequences. This can be prevented if Discord logs showing everyone responsible have been recorded and will be publicly available, but I don’t know if that’s the case. Internal politics may pose an obstruction and it should be kept in mind.

Bananas
Banankha
@Pony_Prints<3
You are not anti censorship, you are just upset they attacked things you like and you want revenge.
Posted 1 years ago Report
Link Quote Reply

(twi|pony)booru.org
@Bananas
Given the rest of his post he probably means “censorship doesn’t actually achieve its goal of removing presence of something unless you remove literally everything”; e.g the only way it “worked” for China was corrupting education and society standards so that censored ideas do not even get pondered, 1984-style, and even then the censorship itself doesn’t function all that well against anyone who still thinks said ideas.

Although I agree with you I’m afraid it may lead to just throwing somebody under the bus as a scapegoat in order to minimize the consequences.

You can’t mind-read, radical libertarians aren’t immune to corruption and authoritarianism, and problem is still not believing in censorship, the problem is enforcing censorship.

@Background Pony #C37A
They wouldn’t be able to do this if they didn’t hold a really important position on the site.

Undesirable
@Background Pony #C37A
@Background Pony #C37A
>Aren’t you as bad
Don’t pull that card. It’s falacious
We can’t trust the people who did this. We’re not making allegations based on nothing and demanding a revenge to appease a crowd that wasn’t affected by the situation, we just can’t trust the people who did this to not try to do it again when they think we forgot about it. We can’t afford having the constant risk of a week-long shitstorm because some wee lad who’s never cracked a nail wants to larp communism, because as any community we have people in precarious situations who could be harmed by stress and would be forced to be harmed or leave the community.
They’ve proven unreliable, and we have plenty evidence of who the extremists are that pushed for this change.
I say remove them.

If you go after people’s positions is that really better than the Twitter mobs?

Yes, again as described in the thread: the woke mobs go after people’s positions for unrelated, often long-past or perceived and vapid, transgressions, this is about the staff’s actions AS staff.
Comparing that is a bit dishonest, even - I feel it’s similar to a fired actually incompetent worker claiming they’ve got fired for being [insert protected group here] as opposed to being incompetent.

And another thing, we don’t know the full context. People make mistakes.

“People” come clean, attempt fixing the consequences of the mistake, try to not repeat it again and apologize, yes, in that order, an apology is actually the least important part.
The head-staff have enforced this change silently and against other staff’s opposition (I think I’ve mentioned my opinion on that - it’s only done when you KNOW you are in the wrong but want to do something anyway hoping people won’t notice), maintained radio silence since, got hid from the staff list (in two phases, even) while explicitly confirming they are going to remain in their positions, just as silently reverted the change to rule 5 (condensed as “don’t portray nazism non-negatively”) but kept the change to rule 0 and very likely the unspoken-but-enforced BLM ruling.

@Background Pony #C37A
First, see above. Second, the intent is no different from belief and hence I will disregard it (also obligatory “good intentions pave the road to Hell”, or if you want to go russian for this “bear’s help”, that is, misguided or misapplied good intentions result in bad actions).