Site and Policy » The Anti-Censorship DNP Pledge Search Posts
Started by Datte-Before-Dawn
Posted 1 years ago
6642 replies
Subscribe
Background Pony #5E45
@Mittsies
Probably because they passed the Point of No Return a long time ago and have no way of going back without the possibility of severe backlash, IMO.
Posted 1 years ago Report
Link Quote Reply
Background Pony #4800
@Crade
What the flying fuck.

And I was praising him for being the one to answer to us and whatnot and he’s saying that.
Acting like the whole reason this thread exist is just because of nazi ponies?

This is really, REALLY saddening. I was hoping they’d realize the underlying issue with the rule (how it was created and how it was handled) rather than the rule itself, but considering we still don’t have a statement and have this instead, I just can’t believe it.

I can’t even believe them when they say they are “working on a statement” now, they are just gaining time. Removing and adding people at random in the staff list doesn’t really mean anything, JUST SAY SOMETHING FFS.

@Background Pony #5E45
Who is the backlash going to be from? Woot and his 5 friends?
Posted 1 years ago Report
Link Quote Reply
Background Pony #5E45
A small thing worth considering; the Derpy Hooves screencap (and indeed, the DNP itself) is from before this DNP train (1064!!!) really got rolling. I don’t think it changes much but it’s a detail.

The other screencap was absolutely more recent, though.

Posted 1 years ago Report
Link Quote Reply
Background Pony #8CC0
@Mittsies
It’s really bizarre how long it’s taking. They honestly can’t be just waiting for it to blow over? They must know that there won’t be any normality until this is resolved one way or the other.

@Background Pony #06F1
Most people tend to go with the flow. Most people avoid difficult issues. And it’s OK.

That being said, the artists who have DNP’d could leave some statements to their followers on why they have chosen to do this and leave links to alternate sites where to find them.

This is a sad time.
Posted 1 years ago Report
Link Quote Reply

@ЅℰℒᎯℙℋℐℰℒ
TBH, I feel like the majority of the site either doesn’t know about the change or is neutral towards the whole thing.

It’s like Twitter and Facebook, they’re “too big” right now. Along with having the most traffic. Which is valuable for artists who want exposure. There’s no other viable alternatives at the present.

However. In the case of mere imageboards like this one, and unlike with big social media infrastructures. I do believe it’s MUCH easier to create and foster competing websites. It just takes time and commitment. Not to mention the traffic and users.
Posted 1 years ago Report
Link Quote Reply

The irony is I saw someone say how the Furry community “dealt” with it’s “bad” people problem.

Yet, there have been rampant problems in that community, such as bestiality, animal abuse, disgusting act in public (look up the rainFurest incident) and there was a raid not too recently on a prominent furry outed as a child predator and a bunch only tried to play victim because many of them protected these type and kept thier mouth shut to not be excommunicated

Good job rooting out the bad apples. There’s a good reason for the joke that the biggest group that hates furries are the furries.
Posted 1 years ago Report
Link Quote Reply
Background Pony #6C09
@Mittsies
Have you not seen the Derpy Whooves screencap? People who stand up for free speech are “undesirables”. They want to remake the site in the vision of the people who cried for this rule on twitter, not in the vision of “the nazis”.

Nothing’s getting reverted.
Posted 1 years ago Report
Link Quote Reply
Karamitsuko
Undesirable
I never planned on commenting on this site, doing anything except lurking around and looking at the cute horse art. However, I suppose that it’s my personal moral obligation to chime in and let the mods who seem to be watching this thread so closely how I think on this matter.

It’s good to know that the motto of this fandom still might just be love & tolerance.
Posted 1 years ago Report
Link Quote Reply

Pomegranates :P
@Background Pony #6C09
It’s quite funny how they and those who support this move have no issue dehumanizing and marginalizing vast groups of people who just so happens to not think their way. All while hypocritically claiming they speak for others.
Posted 1 years ago Report
Edited 1 years ago
Link Quote Reply
aperture_tech

lol
Good on all the artists in here willing to stand up to censorship. This is pretty blatantly one sided, a move caused by outside influences in alliance with several within our fandom. I’d recommend to the mods considering heavily reviewing the new rules put in place, but many have tried, and it heavily seemed to fall on deaf ears. I think the bleeding is likely to continue.
To all who believe this is a good thing, one day some outside movement will try this again, because the administration here has already capitulated once. Don’t for a second fool yourself into thinking it won’t happen again.
Posted 1 years ago Report
Link Quote Reply
Background Pony #1714
@Background Pony #6C09
T-The Twitter people matter more! Their speech is what we like, not these people saying censorship bad! They’re all racists! XO
Posted 1 years ago Report
Link Quote Reply

The shit that this site is doing is the reason that fandoms have died early, and the only thing left is the sanitized correct way to create fanart as well as just piggybacking on bad memes because it’s the only thing they can do.

Which how many have signed the DNP out of anti-censorship stance, this site will probably become a ghost town of re-uploaded screencaps. Not because the show ended, but because of their hubris and lack of backbone.

no Competition breaths stagnation, look at comics, Tabletop, Card games and the like- that even goes for image archive sites.

Pony Shame
Drone 3873
For artist expanding or migrating to pillowfort, I found this one crazy trick to make uploading your back catalogue easier.

Peace to all
@aperture_tech
My trust has gotten lower and lower that I’d recommend that we not keep our eggs in one basket regardless.
Posted 1 years ago Report
Link Quote Reply
Background Pony #7C5E
@Background Pony #5E45
Technically speaking the Derpy mod screencap was apparently written by him after this thread was made, assuming the person on Twitter didnt sit on that convo for a day or two.
Posted 1 years ago Report
Link Quote Reply

@Karamitsuko
It would seem only the “deplorables” still live by the motto, although they’d never admit it.
Posted 1 years ago Report
Link Quote Reply 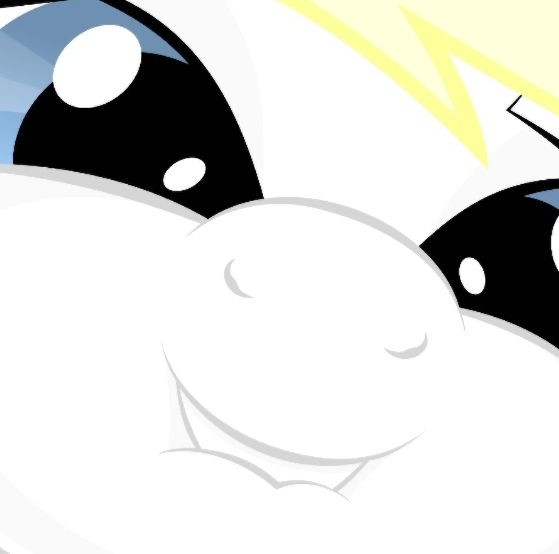 Pomegranates :P
Meanwhile in the Tartarus thread you’ll find a high concentration of those who do support this move.
They’re probably acting smug right now that the staff capitulated to them.

Praising the staff for “Taking a stand”.

lol
@doloresbridge
Yeah, that probably should have been started long ago. Hopefully the planned new boorus get in gear fairly quickly, so then they have pillowfort and the boorus to post to.

@RainbowDash69
Such is the nature of things. How long will it be until the mainstream media takes note of a new thing to get outraged over in the fandom? After all, they got a good amount of headlines out of it recently. Not too long until their eyes turn back to us to once again spin up the outrage mill. Derpi now has the unenviable position of being those who capitulate easily.

I know there’s a bunch of Discord replacements popping up after their idiocy of saying they’ll big brother everyone.

Ironically enough, Discord banned loli, but Cub (essentially furry loli) was permitted since a lot of the moderators are furries and when enough stink was raised, they banned it to a slew of mods whining about “stiffing art” when they cheered for large-eyed anime girls to be removed.

I’ve seen several pictures that were meant to take the piss out of the censorship happy by mixing something offensive and labeled “hate” symbol with permissible one. The site couldn’t have jokes at the expense of the easily offended.

The furries banned the guy that did the “Fured riche” stuff, and he was an Asian. Not even white, yet was labled as such because they didn’t like him joking. I even think is GF was mixed race or something, I don’t remember.

And to go back to comics: It’s always telling when a WHITE PROGRESSIVE male feminist that created an egotistical sociopath calls a black man a WHITE SUPREMACIST because he dared to make fun of his teenage terrorists.

Peace to all
@aperture_tech
There used to be a few but most died or only serve specific taste. Now its time to rebuild. It is important though that we keep fandom specific infrastructure regardless as our fandom needs to protect its identity and unique mix of cultural influences over becoming yet another group taken over by the Twitter elite or devolving into right wing shitposters.
Posted 1 years ago Report
Link Quote Reply
Interested in advertising on Derpibooru? Click here for information!