Are you just blissfully unaware that it is an election year?

Let me help you out, it will be exactly like it was in January 2017, and then next year will be like 2018, aka nothing will happen because NOTHING EVER HAPPENS, except when people make knee jerk decisions that have long lasting consequences in order to pander to astroturfing zealots who vaporize once the PAC money stops flowing in December.
Posted 9 months ago Report
Link Quote Reply
Background Pony #B5FF
@Potluck
See. This kind of stuff is exactly what I mean. This does nothing but antagonize the already annoyed.
Posted 9 months ago Report
Link Quote Reply

Undesirable
@Background Pony #B5FF
Demoralize and antagonize. That's the name of the game. 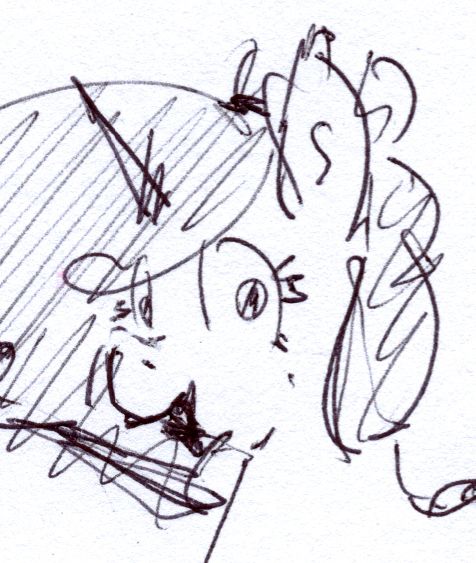 +1 to the recent rule changes, good going DB <3
Posted 9 months ago Report
Link Quote Reply
Background Pony #B5FF
@Datte-Before-Dawn
But this is what I mean, this is what has caused this hate and split. Instead of trying to further the discussion and reach a impass people like them come in, antagonize, then play the "Haha, they just racist nazis!" Instead of actually getting anywhere.
Posted 9 months ago Report
Link Quote Reply

Censorship is not just someone IRL telling you what you can't draw or say, that is already approaching "authoritarian dictatorship" territory. Websites that tell you that you can't upload a particular drawing or say a particular word on their website are also engaging in censorship.

Before I have to hear the argument again: No, complete censorship-free platforms do not exist, at least not legally, since material that is deemed illegal by the government in the host-country still needs to be deleted. However, that does not mean you can't or shouldn't strive to uphold free expression and only censor the absolute minimum that you legally have to.

Derpibooru is engaging in censorship, and they have done so before. This site was not free of arbitrary censorship before this point, however in recent times the censorship is becoming more and more ideological in nature, which is a giant red flag.

Based on the rules that this site already has, this content should not be allowed on derpibooru, yet it is.

Every pony artwork should be on this site, it should be properly tagged, and you should be able to filter it out if you dont like it. I personally have the "mouthpiece" tag filtered out, for example.

…, you are welcome to do what all the people who make artwork with underage human looking characters already do and host it elsewhere.

Seriously, however much you want to claim it is, this is not some assault on your freedoms.


Derpibooru does not have that kind of power, no, fortunately. But they are restricting the freedom to post on this site, and are making people concerned about their confusing ruleset and baffling decisions, and making them wonder what will be next on the chopping block.

They are addressing a longstanding issue that some of their members have been getting harassed over for years now,


It's not an issue. It was never an issue. Aryanne doesnt do anything but exist. She does not convince anyone of anything. There is no danger and there never was any danger. If I went up to ol' Adolf and told him I am promoting his ideology by drawing a cartoon pony with the swastika on her butt, he would probably shoot me on the spot.

The same is true for all the ponies carrying black-lives-matter flags and transsexuality flags etc. A pony waving a flag does not convince anyone of anything. These pictures are harmless. Annoying, maybe, but harmless.

But at least the Aryanne posters don't actually believe they are furthering some kind of ideological agenda. :^)

If you get harassed, use the mute button, the block button, or report the user to the respective authorities, be it the website on which the harassment is taking place or law enforcement if there are physical threats being made against you. This decision will very likely not end any harassment any members have been facing.

and adding two things to an already existing list of all sorts of other stuff they don't allow.


Exactly. A list that grows longer and longer, and which does not seem to have any principled guidelines supporting it and instead is able to be changed by external pressure from journalists and activists.
Posted 9 months ago Report
Link Quote Reply
Background Pony #47F5
@Background Pony #B5FF
They don't want a discussion, my friend. They want a purge.
Posted 9 months ago Report
Link Quote Reply

*Blocks Your Path*
@Crade
You know they aren't gonna read all that.

Peace to all
Okay. Big problem coming up. It seems that this is starting to spread to the media.
They are
starting to
run with it
This could mean more censorship regardless. As I asked in the other thread: could Derpibooru really survive standing steadfast in this environment? What if they get cut off from money flow or being mass media canceled?
Posted 9 months ago Report
Link Quote Reply
R-G
@doloresbridge
You'd be best not linking to the sites, give them less clicks, less traffic, that's exactly what they want
Posted 9 months ago Report
Link Quote Reply
Ogen

Undesirable
@doloresbridge
The site took a knee for people who hate it on principle.
This is how a website, or a community die.
This is how art dies.
Posted 9 months ago Report
Link Quote Reply
Background Pony #6D9D
@doloresbridge
Considering the right to free expression is not just vital to art which is the basis of this website but also to the other fundamental liberties that we take for granted I would argue that it should not matter. There are some principles that should not be thrown out because it makes your path harder and I can't stand by and let that happen. The other point on this is if this was truly a move to curb the media attention then why not make a more fair application of this ban on ideological posting instead of doubling down when challenged on it. The hypocrisy of their rules still stand even if this was their actual intention.

This decision will very likely not end any harassment any members have been facing.


This is a fair point. The harrassment — ANY harrassment — has been forbidden from the beginning, explicitly writting out nazis isn't "forbidding harrassment", it's "taking more steps into political stance".
Also, what exactly stops the "brownie nutsees" from just following the artists who leave, and somehow are only leaving now after Atlantic article, due to ~fascist harrassment~ (any harrassment is, and has been, against the rules since the beginning)? If someone stops responding and the harrasser sees their profile wiped, it's really not that hard to check the other sites (or, because it's implied targetted harrassment, already know and use the other sites, making leaving Derpi into political statement* instead of escape from harrassment).

*Which is ironic, because this thread is about leaving Derpi as a way to make exact opposite political statement.

Peace to all
@Background Pony #6D9D
@Ogen
Not blaming artist or saying their concerns aren't valid at all! I'm just saying that there is a risk. An external pressure that needs to be taken into account. Mods haven't handled it all to well, but: there is a pretty strong risk of being deplatformed in this environment. How do we navigate that?


@R-G
Perhaps I shouldn't but it is happening in a environment of high tension where a risk exists so I don't take it as media simply blowing hot air and wanted to point it out that it was spreading. Five years ago I'd be on the complete same page, heck, even a year ago I'd probably wouldn've been.

there is a pretty strong risk of being deplatformed in this environment. How do we navigate that?


I think the first thing you should do is backup right now and say that out loud to yourself.

A website that hosts fiction depictions of cartoon horses, ranging from safe for work to explicit, could potentially be deplatformed, not because of the bestiality or the autism, but because of imaginary nazis.

Then come back and tell me what you would do.
I would tell them to suck my dick because i'm not a morally compromised asshole who censors things, if its legal then it stays, if you don't like it then make it illegal if you dare, otherwise anyone who has a problem can get fucking bent.

Do you seriously think the alternative, which is catering to these people, works?
All they ever want is more, more what? Who fucking knows.
More bans, more apologies, more special rules, more equity, always fucking more.
Mark my words, we aren't finished here.