Forums » Site and Policy » Missleading Announcement Search Posts
Started by Background Pony #3714
Posted 18 days ago
299 replies
Subscribe
Background Pony #970C
@Armagedonus
I heard about it from a friend, so I'm afraid the only thing you can do is ask him yourself for proofs
Posted 15 days ago Report
Link Quote Reply

Site Administrator
Site Developer
Tag Czar
I recommend people get back to the topic of the announcement about Patreon, rather than the tangent about TSP; it's the wrong thread for this.

To briefly address things and get back to being somewhat on-topic, I don't think we've ever reported anyone to the authorities over foalcon, which would be a very odd thing for us to do given we're pretty certain it's legal, and also host it and intend to keep hosting it despite potential pressure from corporations like Patreon; my understanding is there was an accidental IP leak at one point, and not by TSP.
Posted 15 days ago Report
Edited 15 days ago because: Add some words to help emphasize
Link Quote Reply
Background Pony #B148
Deletion reason: Rule #6 - Off Topic
Posted 14 days ago Report
Link Quote Reply

Site Moderator
Artist Concierge
Deletion reason: Rule #6: Off-topic
Posted 14 days ago Report
Link Quote Reply
Background Pony #F07A
@Princess Luna
Your biggest problem right now is trust, it exists for multiple reasons but i'll focus on the one that's relevant for this thread.
A core site rule was changed / refined, no site announcement.
Derpibooru being booted off patreon, site announcement.
Disregarding the reasons for each subject, it gives the impression that you're trying to hide the rule change/refinement which then in turn hurts your trust amongst the people paying attention regardless of where they stand on the matter.
People appreciate honesty, and a lot of folk that are pissed off don't think they're getting it.


This line of the announcement in particular was pretty tone-deaf given the situation of the past couple months, despite the situation with patreon being significantly worse, just replace the word 'companies' with the word of your choosing.
'artists' is probably the most neutral but probably not the most accurate given that this whole debacle started with a Twitter post and subsequent iron-fist approach to certain content and site features.

Just to briefly mention TSP, the fact we're in a situation where someone can say "He doxxed a user and sent their info to the police trying to get them jailed." and people are asking for proof instead of instantly dismissing it as a shitpost is a sign of the trust issues at play here.
Going off your wording not even you're completely certain, the lack of trust isn't just from one direction.

PSA: R0 was changed!
@Background Pony #F07A
Because apparently it's more important to warn people about Derpi's wallet being hit, rather than let people know about the site's rules getting changed.
You know, the same rules that literally everybody on this site gets affected by?
Posted 14 days ago Report
Link Quote Reply
Background Pony #F07A
@evan555alpha
Neither is more important, both things deserved announcements to inform people of the changed circumstances.
It does sadly give that impression though, especially when you factor in that an announcement has apparently been put through patreon itself, and they're going to suspend payments for a month to give people time to switch over.
https://derpibooru.org/forums/meta/topics/missleading-announcement?post_id=4890789#post_4890789

There was an announcement given on Patreon too AND it will be suspended funding for a month as a result to give people time to change over.


Technically, an announcement wasn't all that needed, just quietly modify the donation page to add the new links and remove the patreon links, which according to the revision history Luna and TSP were doing on july 13th, 20th and 23rd before this announcement anyway.
Posted 14 days ago Report
Link Quote Reply

PSA: R0 was changed!
@Background Pony #F07A
I mean, I never claimed that the patreon thing wasn't important, but yeah, as you said, this pile of bullshit does give that impression.
I'd ask for an announcement regarding the rule changes again, but I have been threatened with a ban if I were to do so, so I won't do that.
As far as I can tell, their reasoning as to not making one was to "not fan the flames" but I reckon that not making one has done that more so than what doing one would have.

But I'm not on staff, nor am I a very big artist, so of course my opinion doesn't seem to mean shit to those in charge.

To briefly address things and get back to being somewhat on-topic, I don't think we've ever reported anyone to the authorities over foalcon, which would be a very odd thing for us to do given we're pretty certain it's legal, and also host it and intend to keep hosting it despite potential pressure from corporations like Patreon; my understanding is there was an accidental IP leak at one point, and not by TSP.


An accidental IP leak, does this imply what my friend said was true, and Patachu almost faced prison time?
Patachu, the guy helping to work on rainbooru, a booru with a header based on an /mlp/ meme(iwtcird)
You know, /mlp/, also known as "the channers", the very same people TSP said he wanted to moonban every single one of, even people suspected of being from there, and has villainized constantly?
The very same TSP that threatened to doxx people a few years ago, and was called a shitpost here in this thread?

An IP leak does sound convenient though, even if someone asked Patachu for evidence, even if he provided them screencaps of his court papers, it could all be dismissed because of this statement

To provide evidence that france could imprison him, let us look at the French Law on images depicting minors
"Since a reform of the French penal code, introduced in 2013, producing or distributing drawings that represent a minor aged less than 15 years old is considered the same as producing real child pornography and is punishable by up to five years' imprisonment and a €75,000 fine, even if the drawings are not meant to be distributed"

And, just for good measure, lets dig into their bestiality laws too, in case they couldnt get him for drawn art sexually depicting minors
"Illegal since 9 March 2004, Maximum of 2 years in prison and €30,000 fine"
This is not a strange charge for them to make, considering they already consider drawn lolicon equally as bad as real child pornography

I hope you have evidence that an IP leak happened, or else people may not believe it, especially those that know what kind of person TSP is, and believe me, I want your claim to be true, I really, really do not want to think TSP would stoop to that, regardless of who the person targeted is, because it makes participating in this booru a legitimate danger to some people
Posted 14 days ago Report
Link Quote Reply
Background Pony #1C4F
@Background Pony #970C
This site is based in France. If they reported someone to authorities for drawing bestiality they would go to jail for hosting it. Try to create conspiracies that at least don't fail a simple sniff test.
Posted 14 days ago Report
Link Quote Reply 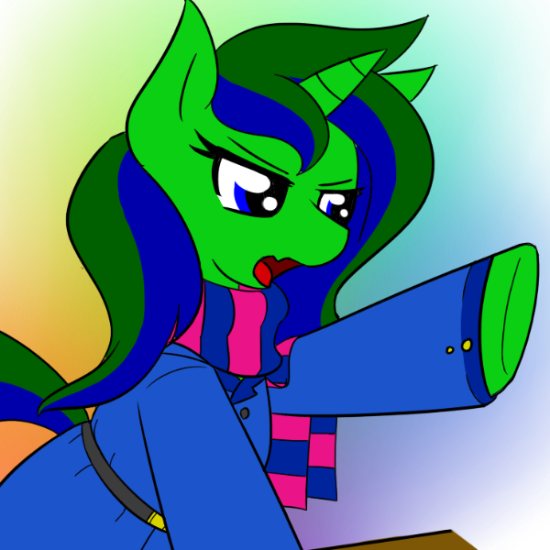 I refuse to bend
@Background Pony #1C4F
I don't think you know the distinction between 'hosting' and 'creating' legally. It's a pretty big difference, as one is user generated content and is not quite subject (especially internationally) to the same provisions that creation is.
Posted 13 days ago Report
Link Quote Reply

STAFF=TSP'S MEATSHIELDS
@Background Pony #1C4F
You can host a site in a country without actually residing in that country.
Posted 13 days ago Report
Link Quote Reply

Site Administrator
Site Developer
Tag Czar
@Background Pony #970C
No court in France would be able to consider an IP alone enough to put someone in jail; IPs are too easily shared or spoofed. Also, I'm pretty sure it was just an IP attached to a comment, not anything that would actually relate to images.
This is the online equivalent of accidentally showing some people security footage of a guy walking down the street outside a warehouse, while allegedly he makes recreations of classic artwork that may run afoul of some counterfeiting law (if you squint really hard and choose select words to mean certain things they likely don't) in his studio a few blocks away that gets stored in that warehouse, and that allegedly someone reported him doing so, using said footage that doesn't actually show anything other than him being near the warehouse once minding his own business.
Posted 13 days ago Report
Link Quote Reply
Background Pony #9E18
Deletion reason: Rule #0: Deliberately twisting words to give people the wrong impression
Posted 11 days ago Report
Link Quote Reply
Background Pony #850A
@Background Pony #9E18

You know, if you delete something for "Deliberately twisting words to give people the wrong impression" it shows that you are worried they have a point. Disproving is how you solve that. By deleting and hiding it, you essentially say "he has too much of a point we could only delete it".

Not good form at all.

I will not be letting you just constantly argue, however.

Just a flurry of H₂O
@Background Pony #BC17

I will not be letting you just constantly argue, however.

And since when was that in and of itself explicitly prohibited by the rules?

Just a flurry of H₂O
@Background Pony #BC17
Make the argument, thoroughly, then move on.

Lock reason: Thread is little more now than "find some way to misinterpret statements to slander"