Have any artists that DNP because of the controversy a few months ago returned?

(Foil Hat)
Only An-m as far as I'm aware. Only me and Etherium-Apex uploaded after going DNP (though I never left).
Posted 6 months ago Report
Link Quote Reply
Background Pony #AEBD
I DNP'ed back during the initial wave for multiple reasons, not just the initial controversy (namely some scumbags circulated my friends' private convos on the forums and 4chan) but I've since returned. Many of my friends, understandably, havent.
Posted 5 months ago Report
Link Quote Reply 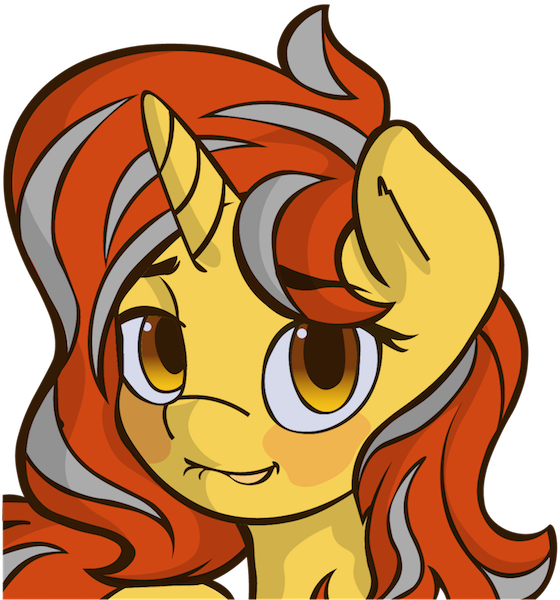 Big pones
Sadly Teabucket hasn't.
Posted 5 months ago Report
Link Quote Reply
Background Pony #1B9F
I doubt many artists have/will come back with the current "solution" of not choosing a side and mostly ignoring the issues.
Afaik, most of those who DNP'd just don't use derpibooru-style websites any more (instead they use social media/discord/telegram/twitter/deviantart/patreon/…) or they chose sides with ponybooru/ponerpics or manebooru/furbooru.
Posted 5 months ago Report
Link Quote Reply
Background Pony #ED0C
Why would they?
Posted 5 months ago Report
Link Quote Reply
Background Pony #DBB7
@Background Pony #ED0C
Convenience factors:
- Site is already well established
- Ad and tracker free, good data protection
- Moderation is taken care of (even if you disagree with the mods, I think it would be hard to deny they are largely effective at what they do)
- Huge active userbase (still over 700 uploads every day, even in spite of the DNP list)
- Actively maintained
- Very usable and tweakable (only site I've ever used with the level of filter customizability it offers)

not at all. Derpibooru stores users IP addresses forever when some content is posted, does not care to ask for tracking cookie permission, stores fingerprints for each website request for years, ignores GDPR / CCPA / LGPD, and does not comply to tons of other legal requirements like mentioning the legal mail address of the owner or a contact address.
Anyone stating that Derpibooru has "good data protection" either is a liar or does not know what they are talking about. Regarding security, Philomena is a nightmare — all of the app server code has access to everything — there is no effective database access control / restriction, the code is not split into different services which then should be running in different sandboxed and limited containers.

Derpibooru is also not ad-free, instead it is partially financed by the advertisements which you can see on most pages.
Derpibooru is also not tracker-free — by design Cloudflare tracks the users to be able to offer the ddos protection services as well as other services which Cloudflare or partner companies offer. That is not really a problem, but it shows that your statement was wrong.

Other social media websites at least try to comply to some of the legal requirements in the countries where the websites are hosted.

(Foil Hat)
So we just hit 400 post-controversy DNPs. That's over a third of them. Only one wasn't about the controversy, and only one has been taken back. I think it's time we give it up and accept that humans are no longer one unified race…
Posted 5 months ago Report
Link Quote Reply

So was the Roman Empire

Flat out not true it does indeed have tracking software, and it does indeed Have ads I'm looking at one right now as I write this, It's for a discord server but it's an ad nonetheless, Even gives you the option to post your own ads

- Moderation is taken care of (even if you disagree with the mods, I think it would be hard to deny they are largely
effective at what they do)

- Huge active userbase (still over 700 uploads every day, even in spite of the DNP list)

I have no idea if the first part is true or not, but measuring it by uploads a day is not the way to go about measuring it, I've seen more daily uploads on a discord server with less than 200 members, not saying you're incorrect but one does not indicate the other

There are sites for suicide cults that killed themselves decades ago, but the site are still maintained, Basically that doesn't mean a lot.

It's great but hardly the best, use more sites


But at the end of the day even if what you said was as you say it, at the end of the day financial backing is all that matters, and that's where derpi seems to be suffering the most, at least from what is publicly available atm, so unless there patreon opens up again, or people use the alternatives, things are going to change.

But for the record I'm 90% sure derpi is going to be fine, but being sure things will be fine is no reason to be complacent

(Foil Hat)
Who wants to bet that half the remaining artists would DNP if they had accounts?