We would like to make clear that we do not condone racism or similar bigotry in any way, nor any advocation of it. It goes completely against the kind of site we want to be, the message of the show, to spread hatred.
To this end, Rule #0 has been updated to reflect this, clearly forbidding images which seem to promote racism or that seem to only exist to rile people up.

In the last several weeks, there has been shifting and confusing policy over how to deal with images that appear to be pushing racism and bigotry in general. We're sorry for all of the extra inconvenience and controversy that this has caused; great effort has been made by everyone to resolve the situation and we hope that with this announcement, this matter is finally put to rest so we can all go back to enjoying our cute pony content.


Here is a short Q&A of what we think are the questions you might want answers to:

1. "Why can't you just leave all existing images alone and just tell people to use filters?"
Short answer: Bigotry can grow when left alone.

Images that promote racism become rallying points. We have seen in the comments of racist images people actively push racist views on each other against our rules, but gone unnoticed because the vast majority filter out such and it flew under the radar of the staff team due to not being reported; we do not want that sort of thing to sit and fester.

Keeping people in their own echo chambers in image comments will only lead to them becoming more accepting of racist beliefs, and hosting the images would mean people offsite use them for their own such echo chambers.

In other words, art that exists to promote racism is not conductive to having a community based around friendship. It is thus in our best interests to not host anything which itself promotes racism, and thus we must apply these rules to existing images, not just new ones.

Banning everything blindly would do more harm than good, especially by preventing people from being able to show how to respond to or how to stop racism; artwork must be able to show the bad things in order to demonstrate appropriate responses to them.

A notable example comes from MLP:FiM itself, where it shows racism, but antagonizes it to demonstrate how much of a problem it is (e.g. Chancellor Neighsay).
Here are some examples of racism where the image is clearly not promoting it:

>>3753 clearly shows the negative effects of racism, portraying a victim of it in a highly sympathetic light, making the viewer sad for her.
>>1695011 shows a character from the show known to be racist, attempting to do something horrible, but clearly unable to because of a basic fact he isn't aware of because of his own ignorance.
>>26452 shows clear disapproval by another character, showing the one being racist as callous and acting inappropriately.

As for some things we aren't allowing, here are some examples (no links, just descriptions, although some of these are actual images we have deleted or will soon):

In addition, the loss of art depicting racism (but not promoting it) should not be considered an "acceptable casualty" in an attempt to crack down on racism. Artistic expression is one of our most important freedoms, and no limit on it should be taken lightly.


3. "Why not ban all Nazi art or symbolism?"
Short answer: It would push people out to echo chambers and create symbol whack-a-mole.

Putting aside the idea of catching a lot of harmless art in the crossfire (which such a policy WOULD do: see the rationale for point 1), Nazism in art seems to stick around, just elsewhere.

What's more is that anyone who would use something like the "Aryanne" OC as a symbol to promote fascist beliefs would easily be able to adjust her to fit whatever ban we implement. Fascists do not disappear simply because they need new symbols, they simply get more creative.

We know many who draw or drew this stuff are themselves good people, and we want to avoid pushing them into areas where actual fascists could peer-pressure them towards racist beliefs, unlike in Derpibooru's varied community.

We won't turn a blind eye to content containing such symbols, but are not outright banning it. To be clear: We do not tolerate the awful racist views of Nazism, and we will aggressively go after any art pushing those views.


4. "Why can't we just go back to before? That worked for nearly a decade."
Short answer: Things were rotten where nobody was looking.

The old rule wording was highly inconsistent because staff and users alike had trouble understanding which images were a problem. A particular staff member could delete a relatively innocent image, or leave alone a much less innocent one. Meanwhile, users confused over what the rules ban would often fail to report images.
Such difficult enforcement naturally leads to less enforcement overall, which is quite bad for this kind of content.
The new rule wording attempts to fix this inconsistency and accidental laxness.


At the end of the day, Derpibooru has to walk a fine line between being a place to archive art and being a welcoming community for users. Cutting out a large amount of content as some would have us do would violate the trust of our userbase, as we've quite clearly seen this last month; we must instead carefully moderate content, and we plan to take the process of reviewing images for deletion slowly so that we aren't overzealous (and thus unwelcoming to artists).
Posted 20 days ago Report
Link Quote Reply
Background Pony #7D68
@Princess Luna


I agree that flagrant promotions of racism and genuine calls to join hate groups should be banned. However those were already covered in the previous rule.

Not a single person has conjured any example of someone becoming a Nazi because of the images on this website. Not a single one in 8 years. Yet everyone is treating this website is some kind of secret Nazi factory that has been building a massive army under some kind of fog of war. Or, they think that's what this website will become if the rules are left alone.

Yet not a single example of this happening in 8 years has been provided thus far. Kind of makes you wonder if people are overreacting?
Posted 20 days ago Report
Link Quote Reply

Site Administrator
Site Developer
Tag Czar
@Background Pony #7D68
It certainly seems like a lot, but in the end I think we won't be removing that many images. This here was a lot about making Rule 0 clearer, because a lot of people thought it was open season on "hate speech" and the like.
Posted 20 days ago Report
Link Quote Reply 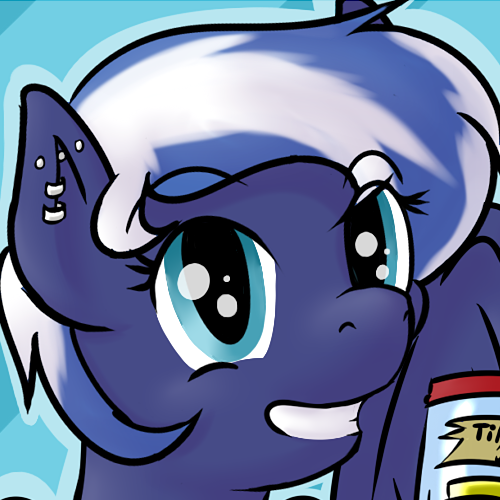 we must instead carefully moderate content, and we plan to take the process of reviewing images for deletion slowly so that we aren't overzealous (and thus unwelcoming to artists).

"Why are you boiling frogs at 2 AM TSP?"
"Because I lost controll of my site"
Posted 20 days ago Report
Edited 20 days ago
Link Quote Reply
Background Pony #0CFF
@Princess Luna

and bigotry in general.


So ACAB is banned then?

Keeping people in their own echo chambers in image comments will only lead to them becoming more accepting of racist beliefs, and hosting the images would mean people offsite use them for their own such echo chambers.

In other words, art that exists to promote racism is not conductive to having a community based around friendship. It is thus in our best interests to not host anything which itself promotes racism, and thus we must apply these rules to existing images, not just new ones.


And ACAB apparently is. 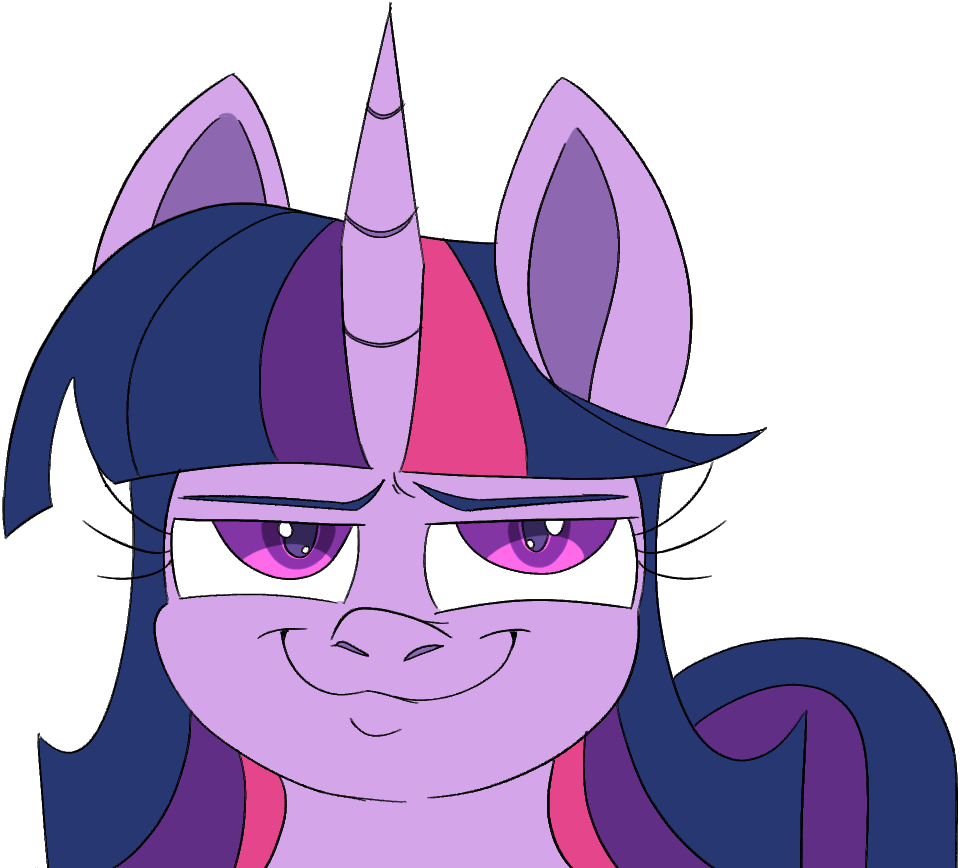 @taaffeiite
@Princess Luna
i think this is a very good step forward, kudos to you and the staff team! would it help any if people started going through the site and reporting images that have flown under the radar? (like pics of ponies/gryphons getting gassed, for instance)
Posted 20 days ago Report
Link Quote Reply
Background Pony #21D0
Obligatory here before thread is locked comment.

I like this, though. Good job, guys, I appreciate the effort. 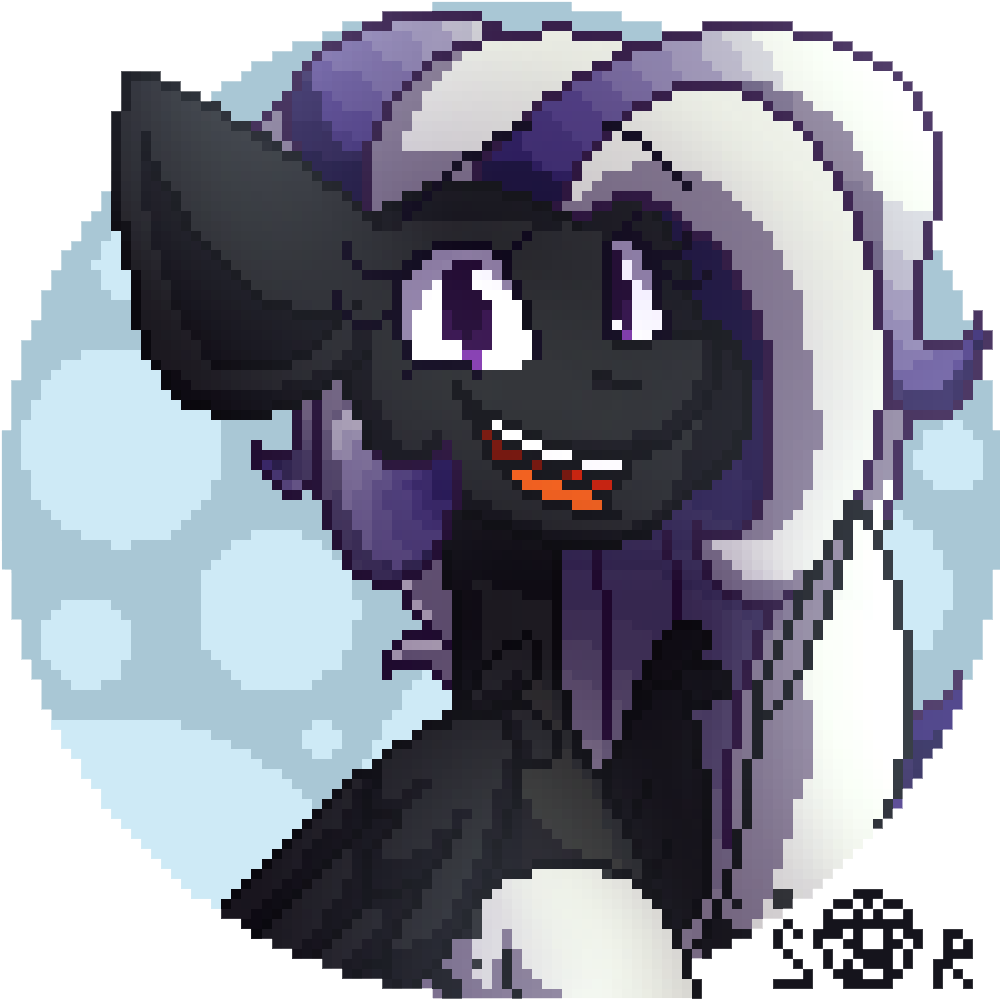 And the entire point of filters. 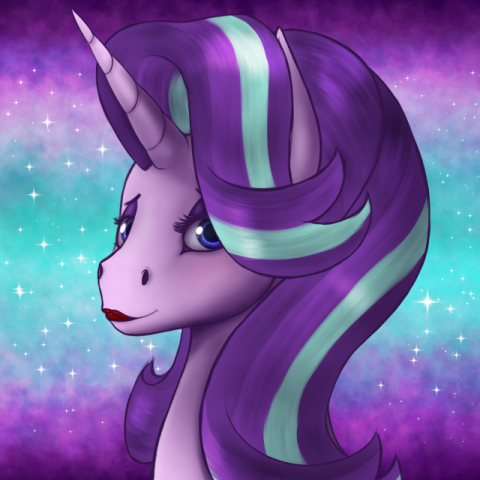 Sad strange little man
This seems like it could be good. I hope this isn't taken back.
Posted 20 days ago Report
Link Quote Reply

Loopers
Ahegoo
@taaffeite
+1 for great justice. As much as a shitshow as this all was, this is about the best I could ask for, I wish you all good luck.
Posted 20 days ago Report
Link Quote Reply

Looks promising! I'm glad a middle-ground can be found in all this mess.
Posted 20 days ago Report
Link Quote Reply

(twi|pony)booru.org
Still no sitewide announcement. Still no posts from TSP. Still no addressing, much less banning, the images that are just as racist and/or hateful but which are non-"nazi". Still trying to "compromise", angering both sides in the process, instead of taking a single, well-defined — and no, this is anything but well-defined — stance.

As slowly as you've taken the staff polls, where you specifically managed to not see a horsecock smack dab in the middle of the image and others have failed to actually look at the image in full because of "being in a rush" during the entire 24-hours-long voting?

Starlight fan since 2016
So much anguish could've been prevented if this was the first response
Posted 20 days ago Report
Link Quote Reply
Background Pony #0CFF
@Poison Trail
Have you paid attention to any of this mess?
It's not 'middle' at all.

Loopers
Ahegoo
@NamelessNP
Judging by the people crying right now… Uh. Probably not. I'd say just take it, man. No use screaming into the void anymore, the compromise has been reached, this can all finally end.
Posted 20 days ago Report
Link Quote Reply

The most important thing to me where this is concerned is that I, and everyone else I've ever spoken to who is into this, have no intention of ever hurting anyone. This is a drawing, and it will stay a drawing.

The trouble with fighting for human freedom is that one spends most of one's time defending scoundrels. For it is against scoundrels that oppressive laws are first aimed, and oppression must be stopped at the beginning if it is to be stopped at all.

By not taking this stance, you've just ensured things will slowly be removed from the site, as they are deemed "inappropriate" by whoever is in power at the time. This stance will not satisfy the twitter crowd.
Posted 20 days ago Report
Link Quote Reply 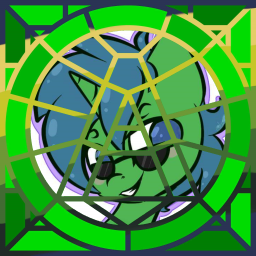 The Ultimate Green Horse
Anyone coming here just to act like ACAB is as racist as Nazism clearly mistook "Blue Lives" as an actual ethnicity.

Go away, we know you're arguing in bad faith.
Posted 20 days ago Report
Link Quote Reply
Pony Apocalypse
lord of eh
@Princess Luna
are you going to ignore all the criticism towards your bias in the rule 0 refinement thread?
Posted 20 days ago Report
Link Quote Reply
Background Pony #0CFF
Luna, #1410 has an extremely valid point.
"All cops are bastards" is allowed by your rules, there have been multiple page arguments where you have made this abundantly clear.
Ergo, he should be allowed to say "All mods are bastards."
He's not attacking you directly, or a 'personal characteristic' he's attacking the profession.
Please explain why he is being deleted.

@Alope Ruby Aspendale
It's not racist, but calling someone a bastard just because of their profession is discriminatory.
Posted 20 days ago Report
Edited 20 days ago
Link Quote Reply
Interested in advertising on Derpibooru? Click here for information!