Site and Policy » Concerned Users of Derpibooru Search Posts
Started by doloresbridge
Posted 6 months ago
1232 replies
Subscribe
Background Pony #8110
@Inucroft
Nobody is declaring war on Derpibooru and threatening lives, there is no precedent for self-defense, they're posting stupid horse pictures on the internet. It's not because there's be some infinitesimal probability that allowing Nazi content on the website might lead to the gaining popularity of this ideology and subsequently its implementation in some form you don't like that this is a valid justification to not allow Nazi content on the site. You're acting like an agoraphobic who refuses to go outside because of some small chance that they might be harmed or killed. Don't you think that you're being extremely overly cautious over things you don't know.
Posted 6 months ago Report
Link Quote Reply 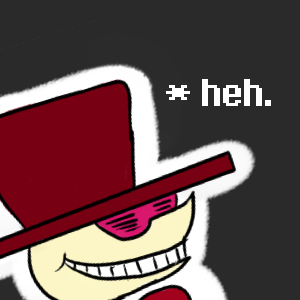 @Inucroft
Did you really just compare a website on the internet for sharing harmless images of cartoon horses to scumbags that committed an actual literal murder?
>
This image is blocked by your current filter - click here to display it anyway

Literally3HitlersInACoat
@Archonix
Enderal is a hell of a drug.
Posted 6 months ago Report
Link Quote Reply 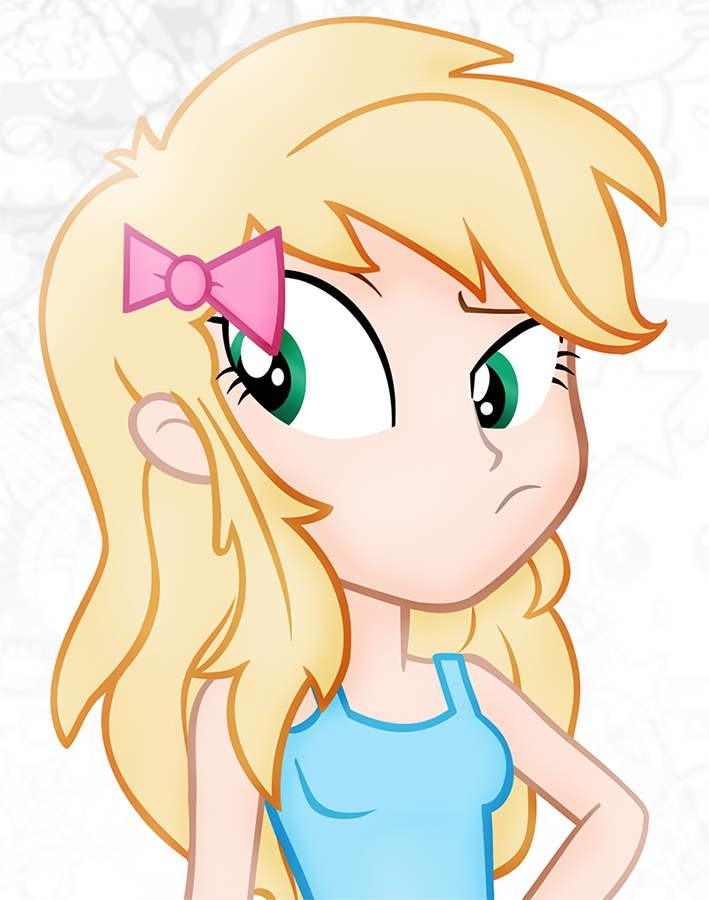 Just a flurry of H₂O
@Officer Hotpants
I love that I had to look that up to discover that it is not, in fact, the name of a drug. (Probably.)
Posted 6 months ago Report
Link Quote Reply 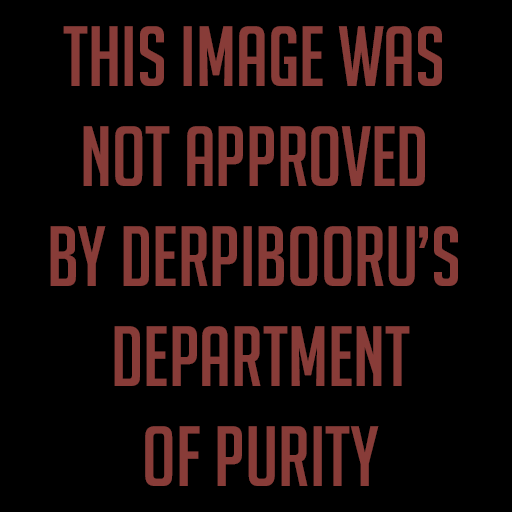 Site Administrator
Site Developer
Tag Czar
@Sensual Spaghetti
The latter image is deleted for Rule #3 (obligatory pony, or in this case, obligatory twilicane), not Rule #0 (discrimination etc.). If there was some original art to it I'm quite sure it wouldn't've been deleted. The former image seems like it has original art in the flag, though I can't be certain of that.
Posted 4 months ago Report
Edited 4 months ago
Link Quote Reply

These and many more Nazi related images were removed for rule #3:
https://derpibooru.org/images/98289

While comparable non Nazi imagery is left alone (also see the other thousands of images tagged ponies in real life):
This image is blocked by your current filter - click here to display it anyway

Another trend — editing ponies to be wearing uniforms or holding weapons is rule 3 if it's nazi related:
https://derpibooru.org/images/603716

But it's still mlp related if it's not nazi themed (also see other thousands of edited screencaps):
This image is blocked by your current filter - click here to display it anyway

Site Administrator
Site Developer
Tag Czar
@Sensual Spaghetti
@Sensual Spaghetti
The Rule 3 deletions are things that should've been deleted when they were uploaded swept up during a Rule 0 review of old images in bulk. The "Nazi" tag was checked first (if it's tagged Nazi and not deleted now, it's probably there to stay), and we're currently looking at images under the "racism" tag.
In time I intend to make sure we do a pass over political images in general, which would actually be Rule 3 focused I think.
I should note as well that we deleted 3 images that were tagged "nazbol" for Rule #3: 1742050 1769013 1887794. There appears to be some inconsistency there, which we'll have to clean up later.

Sensual Spaghetti
Undesirable User
@Princess Luna
Thanks for the info, but the fact that all nazi images were manually reviewed just raises more questions about inconsistencies.

while others were somehow considered not pony related.


I don't think I've heard anyone asking that artists like davca be purged or editing on clothing of villians from outside the mlp universe be banned. If this style art isn't considered hateful, which apparently it wasn't given that some stayed and the examples I gave were all only rule 3 bans, then I see no reason why they would be banned and considered "not related to mlp".


Oh good, we wouldn't want to delete any images with a hammer and sickle ^:)

Site Administrator
Site Developer
Tag Czar
@Sensual Spaghetti
I'll have to check on those 2, whether we missed them. I think the first one is fine, though.
As for "Nazbol", I mean that there were two versions of an image, one with text and framing, and the latter was kept up, which seems like a mistake (adding more non-pony garbage shouldn't make it less Rule 3). As well, there are two (the oldest images currently up under the tag) that I would say are blatantly Rule 3 and were probably missed.

Sorry to keep bothering you, but is there some way we could get a more clear explanation of the thought process staff go though when deciding if something is pony related?
I still don't understand would make staff think these are these pony related and allowed (I would hope)


while these are rule 3

It really seems like the Nazi element is whats getting these removed (only davca's Nazi images are being removed for rule 3, both uniform edits are rough around the edges like most such edits are) and if so, then the wording of rule 3 isn't very clear.
Posted 4 months ago Report
Edited 4 months ago
Link Quote Reply

Site Administrator
Site Developer
Tag Czar
@Sensual Spaghetti
The main question is whether something looks simply "pasted in". On the first image, we can see shading on the pony that integrates her into the picture, which I think puts it over the line of not being eligible for Rule 3, quite different from the Trixie image.
The Sunset image's deletion is concerning, as it seems clear that there's an artistic quality to it. That one will have to be brought up in the upcoming consistency pass.

Sensual Spaghetti
Undesirable User
@Princess Luna
That's fair. I think there's a few other images I already mentioned that would meet that requirement, but if there's some stuff temporarily removed during the commotion that's respectable. I think there's also some other images that were rule 3'd by accident and should be re-looked at eventually.

https://derpibooru.org/images/190790 (Seems to be an original piece by the artist, there isn't another version on this site. Might just get rule 0'd instead, but I'd argue abusing fluttershy isn't a good way to promote genocide)

https://derpibooru.org/images/649178 (Seems to have the same amount of effort as most caption memes. Again, might be rule 0 but I think an earth pony saying to gas earth ponies is satire of nazis)

https://derpibooru.org/images/1578812 (Deleted for obligatory pony even though it's an original image of mlp-tan)

Site Administrator
Site Developer
Tag Czar
@Sensual Spaghetti
Hmm, that is odd as well, I think the Flutterbuse one might've been a mixup of rule number. We had issues with not clearly communicating rule numbers that have since been resolved. The mlp-tan one I think is the wrong description of which part of the rule (most likely deleted cause no apparent pony relation with them being humans), but regardless, it's rather tenuous.
The "Gas Earth ponies, make Aryanne proud" one I think for sure is Rule 0 (and 3), by the way.