(twi|pony)booru.org
@Thistlecorn
Apology accepted, and yeah I can see how it could be taken wrong; it was intended as "you have taken the bait" not "you are the bait".

And that actually serves our point: nazis that still can talk normally are people and are indistinguishable from everyone else if they don't showcase their beliefs or promote their ideology.
And nazis that couldn't restrain themselves from prozelytizing are obnoxious fucks that got banned long ago. Regrettably, this doesn't apply to everyone else who seemingly turned into a "political activist" and hence an obnoxious prozelytizing fuck.
Posted about a month ago Report
Link Quote Reply

Peace to all
Alright. Getting ready for bed. I would like to make a general request for anybody to gather stats on the DNPs on the pro censorship side. Hopefully I'll have time myself tommorow as well.

Still fighting. Even if not here I will not give up on the crazy subculture I love.
Posted about a month ago Report
Link Quote Reply
Background Pony #8FF2
I personally don't see any problems with the site. Content that directly endorses genocide and illegal things and such are banned and anything depicting potentially contraversial things like nazis are either removed from the defeult filters or can be manually filtered out.

I don't think theres any need for further censorship.
Posted about a month ago Report
Link Quote Reply

(Foil Hat)
Only a matter of time before half the site's images are deleted. Which will happen first? That or the AC:NH Summer Update? Probably the latter. But seriously, things are looking bleak. And the two sites are politically divided…
Posted about a month ago Report
Link Quote Reply
Background Pony #B384
Instead of just listening to vocal minorities in comments,
I think the site's staff needs to implement a poll for all who has an account older than a week or two (to avoid any manipulation of results by fake accounts).

And that poll would give a lot better picture, what kind of change the MAJORITY of the community supports, before implementing it.

Making a decision based on comments isn't gonna work.
Right now there are a lot extremists (on both sides) who are raging.

And people will complain no matter which side the site staff take.

So, either going back to how things were, OR making a poll to reflect an opinion of ALL the community is the best course of action, as I see it.

Additionally, do you seriously think that the SJWs won't vote-brigade? They've already tried to destroy site funding, attempted full takedowns of their art (anti-censorship has limited themselves to DNPs), and poured an unbelievable amount of vitriol at people refusing to toe the party line of "YOU MUST IMMEDIATELY DELETE EVERYTHING WE CLAIM TO BE NAZI OR YOU ARE THE NAZI"?
Posted about a month ago Report
Edited about a month ago
Link Quote Reply
Background Pony #B384
@Barhandar
I believe a lot more people would vote than just a vocal minority of extremists.
It's better than nothing.

An alternative is to ignore both sides of extremists and go back to how things were before all this mess and drama.
But I doubt the site's staff would do it.

After reading the new announcement thread for the relevant info my only reaction (Apart from laughing at the 100 pages of shitposting) is this picture.

Because holy fuck it didnt even take 10 hours.
Posted about a month ago Report
Link Quote Reply

@Background Pony #BA40
It's absolutely amazing how 5 days of discussion and rational arguments were able to be undone in 2 hours by a bunch of rabid off-siters that haven't drawn any pony in years.

The staff needs to grow a spine, and fast. The people you're bending over for right now are threatening to destroy you. They are sharing info on how to report you to patreon. Do you want to support them?
Posted about a month ago Report
Link Quote Reply

So … any news about Raptorshy ?
It's really sad how hard she got backstabbed by her own colleagues, just when she had finally put an end to this nonsense.
Posted about a month ago Report
Link Quote Reply

she got backstabbed by her own colleagues


To be fair, it seems like mods and assistants weren't discussed about the latest decision and even yelled at the admins for doing it.
https://www.derpibooru.org/forums/meta/topics/an-announcement-from-derpibooru-s-staff?post_id=4844570#post_4844570
But then you have Derpy mod expressing that reversing the rules was a mistake?
https://derpibooru.org/forums/meta/topics/the-anti-nazi-dnp-pledge?post_id=4848574#post_4848574
By his own admission he hasnt slept much so i've asked for clarification when he gets back, but given the 'Undesirable' gaff it doesnt look good on his part to suddenly about-face like that after declaring support for Parasprite/Raptorshy.

All in all it's a hot mess, Parasprite put it in the fridge to cool down, and then Blossomforth set the fridge on fire.
Posted about a month ago Report
Link Quote Reply

Your real life Luna.
I’m wondering would ACAB be banned as well, because that too is not right and just sparks further drama.

Undesirable
@Darkest Lunar Flower
ACAB by definition, (all cops are bastards), is hateful, so I'm curious too.
Posted about a month ago Report
Link Quote Reply 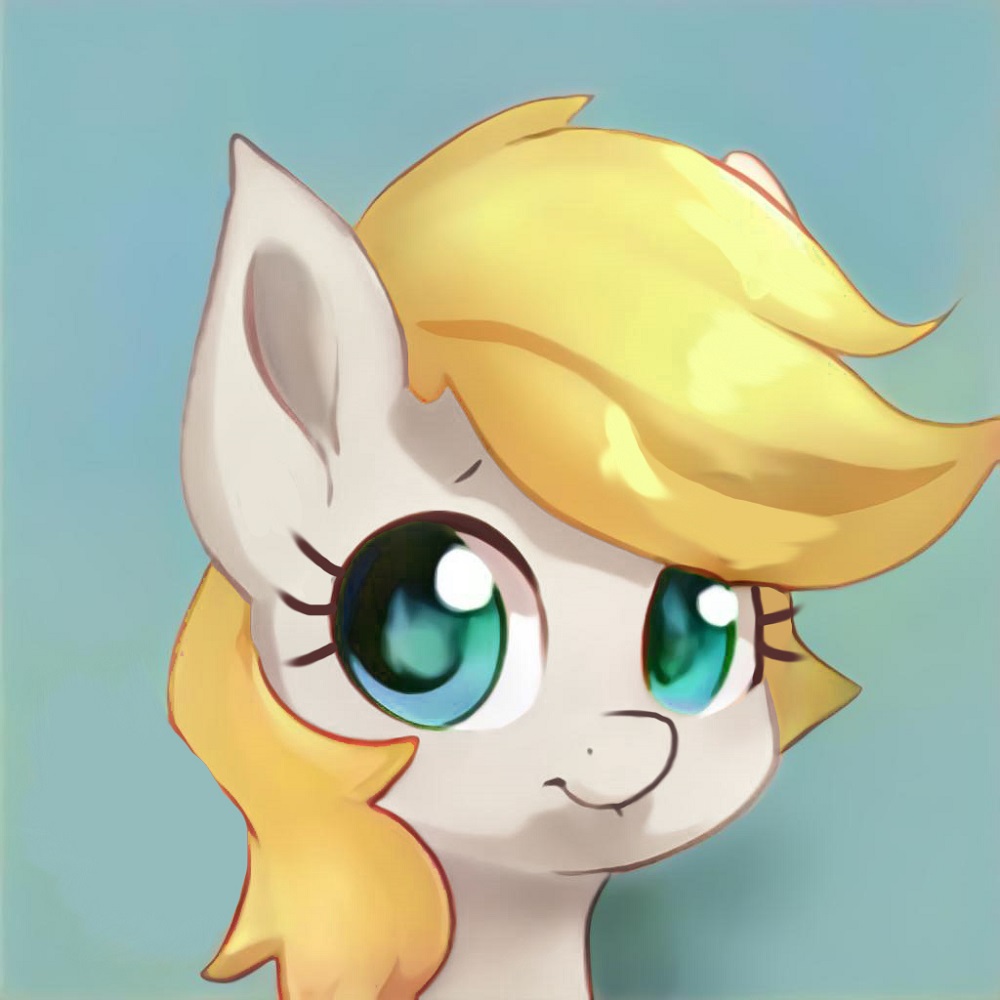 I Literally Dont Care What You Want

@WyrmSpawN
The admin who made the post reverting the censorship policy, only to get stabbed in the back by the rest of staff, who re-enacted the policy.

They re-enacted it? Somehow I missed that bit. I feel a bit like a dog jerked around on a leash, not sure what to believe anymore.

I'm glad I DNPed myself when I did.
Posted about a month ago Report
Link Quote Reply

(twi|pony)booru.org
@Datte-Before-Dawn
No, no, see, it's nuanced, it's totally not lumping all cops into one pile and saying the pile is of shit, it's attacking the establishment! I WISH THIS WAS SARCASM BUT NO, IT IS ACTUALLY A (slightly paraphrased) QUOTE

I've seen a hypothesis go around, that all the people who currently espouse [insert pertinent ideology here], are so engrossed in their politics that they're incapable of even considering that people can create things without actually espousing them, that is, that people can separate themselves and their own political stance from their art.
I think that's just lacking basic empathy, and also where all the "only real nazis draw Aryanne", "only zoophiles draw explicit ponies", etc etc come from.

Also, imagine if George Orwell was wholehearted supporter of the society of 1984, instead of it being a criticism. Aldous Huxley with his Brave New World, too. Or Tolkien being a delusional man thinking he lives in the land with elves and dwarves and magic.

@I Literally Dont Care What You Want


Almost everybody (including say me, but also seemingly Parasprite) have read Blossonforth's post as another change of policy, overriding the Parasprite's decision. Now, people have claimed it was not intended to have that effect, e.g.

Okay. I talked in the derpi discord. Ocasionally got yelly. But I feel like it's worth making a correction on what happened with Blossomforth's post.
Blossom didn't intend to make a flip on Raptor's flop, overall we have no real, concise proof that Blossom acted out of malice rather than stupidity and stress there, and wrote a very hard to parse post that most people missunderstood. They later added a small faq under it clarifying it, but the damage was done.
I don't think this changes much of anything, but let's only dunk on people on fair grounds.

If you squint just right Blossom's post may have meant the same as Parasprite's Maybe it's badly written. Maybe it's well-written with intention to say something which could be interpreted as needed. Who knows.

"Nobody trusts anybody now, and we're all very tired"

@Lisboeta
I've also been thinking the post can just be another needlessly drawn out explanation of rule 0. Maybe the mods were playing it smart by making a detailed post that says it bans everything but its only a re-clarification of a rule from years prior to shut up the woke crowd? The only way to test this is by uploading some aryanne/commie art and see what happens.
Posted about a month ago Report
Link Quote Reply
Muridae
@Lisboeta

@I Literally Dont Care What You Want

Speaking just as a lurker during last night's kerfuffle, I think that's the big thing to establish here; it has not been reenacted. There's been a whole lot of overreaction — understandable overreaction, but overreaction none the less. Borrowing from the single other post I've made on the topic:

Charitably, Blossom's big post on the topic last night seems like an effort to make things clearer that somewhat backfired — and while the thread moved far, far too quickly for most to catch it or take it to heart, the replies which followed answering questions made a few things clear:

At the moment, the rules are unchanged from where they were a ways back. They are not reinstating the initial changes related to BLM that spurred this whole thing, nor are they banning all Nazi imagery nor all communist imagery nor all jokes nor satire nor references, nor are they banning users (except for one particular drama llama who got the ban hammer dropped on him for doxxing). They are explicitly trying not making big rules changes without community input, but they will be trying to more actively and consistently enforce the rules they already have regarding this. The fetish porn is safe, as is Commie Glimmer and Aryanne. They will be more consistent in enforcing Rule 0 regarding things that are blatantly hateful, but that was a rule already in place. They will also be more clearly enforcing Rule 4 — which is to say, if it's not blatantly hateful, people can filter it.

Edit: And yes, that still leaves open questions about the details, but that's why they're opening it to discussion.