Well, okay. But I mostly was concerned about what one of the site's administartors said:

It's going to depend on the image, but if an image is trying to make nazis or a nazi avatar/supporter look cute/funny, then it's a nope. Yes, that is going to constitute the majority of the sort of images Aryanne is usually in by the nature of what she is and how she's generally been used and portrayed.

It's not very clear what "trying to make nazis or a nazi avatar/supporter look cute/funny" means exactly.

Does it include Aryanne simply looking cute in a picture that would result in banning?

If yes, then for some reason that OC herself is being compared to a real nazi or nazi supporter…
Posted 2 days ago Report
Link Quote Reply

They're too busy to take them down, that's why some get uploaded and taken down and others stay up. There may also be a pause in enforcement since Rule 5 doesn't mention Nazis anymore.
Posted 2 days ago Report
Link Quote Reply 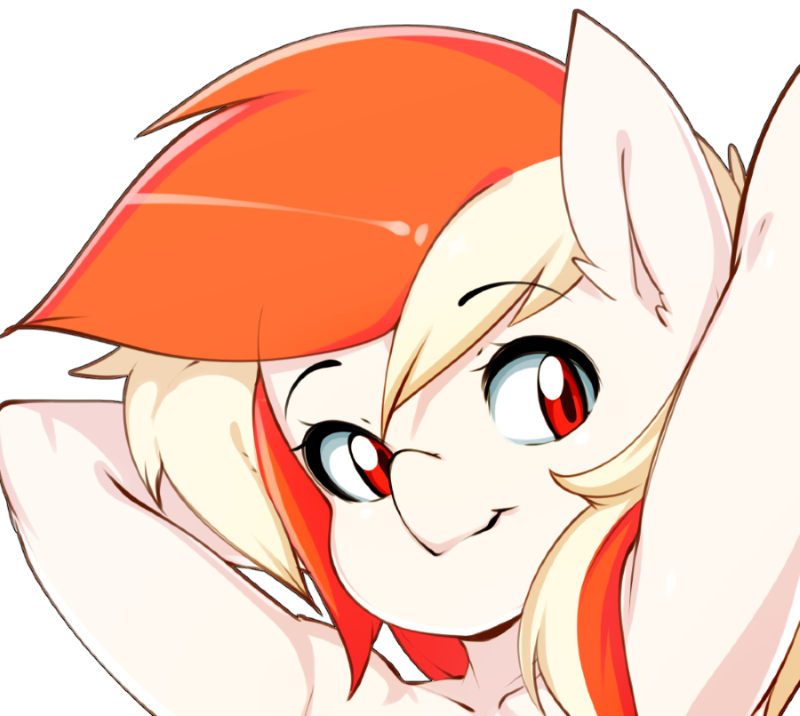 Array
It's times like this you actually gotta look up to the furry fandom. They got the same 'nazi problem' accusations too! Nobody cares, e621 still allows nazi stuff, haven't heard a peep about it since.
Posted 2 days ago Report
Link Quote Reply
Background Pony #19F4
@Background Pony #B384
I've considered this elsewhere but with enough mental gymnastics I could see any combination of "MLP + nazi" count as sufficiently trivializing Nazis. You know, since one is using a literal children's TV show to bash Nazis. Which I'm not opposed to, in fact I'm glad to upvote it when it's not complete cringe, but it sounds pretty infantile and trivializing to me.

At least the "trivializing" wording is removed now, though, so it's a less relevant point.

@Array
Surprising, I thought that would have been gone a long time ago.

aka Bridgefag
@Array
The furry fandom is being paraded around as morally superior to us for getting rid of Nazis. If that's true that is hilarious.
Posted 2 days ago Report
Link Quote Reply

wtf
@Datte-Before-Dawn
Some of these pictures have been up for over two days and haven't been touched. That can't be attributed to "too busy".
Posted 2 days ago Report
Link Quote Reply
Background Pony #FAC7
@Moonatik
Well they ahve been too busy to make a statement :p.

YOu are correct though, I do think they "calmed down".
Posted 2 days ago Report
Link Quote Reply

Undesirable
@Moonatik
They claimed 3 days ago they're flooded with things to do and congratulated us, as they assumed thats the only thing we wanted.
Posted 2 days ago Report
Link Quote Reply

wtf
@Datte-Before-Dawn
Deleting (or even hiding) an image is a fairly simple task, from what moderators have told me. Unless I suck at counting (very real possibility, I'm tired) less than 20 images of her that could count as "trivializing" have not been removed.

A Jagged Metal Enchilada
@Background Pony #FE3F
It shows me they probably aren't sticking to an over-reactionary stance.

I think that's a good thing.

aka Bridgefag
@WyrmSpawN
I honestly wonder if they are waiting for the patreon pay off like some have suggested. I don't want to be cyclical but my distrust is at an all time high right now.
Posted 2 days ago Report
Link Quote Reply

Undesirable
@doloresbridge
There's a time limit from until either Twibooru or the other booru go up, if they wait that long, by then it'd be too late. If that's the game plan, it's inadvisable.
Posted 2 days ago Report
Link Quote Reply

There exists a not insignificant chance that it was because the moderators actually refused to enforce it, higher given TSP's opinion of them.

aka Bridgefag
@Datte-Before-Dawn
What do you think the game plan is? I think that this whole thing is looking like the result of freedom from accountability for too long plus the mods being separated into their own bubble, so their is a chance that they won't make moves that make much sense.

A Jagged Metal Enchilada
@doloresbridge
Let's just say certain political statements are being treated as above scrutiny or debate and leave it at that.

Boxless
Undesirable User
@WyrmSpawN
Their definition of 'downvote spam' is wildly inconsistent and depends entirely on the subject matter, regardless of quality.
Posted 2 days ago Report
Link Quote Reply

Boogieman
@doloresbridge
Honestly? It looks like a split in the staff team. The "old guard" of admins, who have caved under the continuous pressure and became subverted by an authoritarian ideology, vs. "the actual mods", which do not buy into said ideology yet.

And the mods are really sick of downvote spams.

Not a reason to compromise just moderation via automatic shadowbanning mechanism. Would something that gives a message "this user has downvoted X/Xmax (YY%), which is above the threshold, of the tracked tag Z in the last time period A, click here to go to their punishment-application-panel" and lets the actual mods decide what to actually do be really that much more difficult?

@Boxless
Also this. Downvote-spamming certain fetishes is "fine" and ends up with real moderation, but the moment it happens to undisguised propaganda that some of the staff support it's haram and must be prevented at all costs?

aka Bridgefag
@WyrmSpawN
Yeah I'm probably on the same page.

aka Bridgefag
@Barhandar
Though I think it is hard to discern from the outside what exactly is going on. I do think that a lot of the mods seem confused so it is something probably being done from the top down, but haven't only a couple spoken out against this though?
Posted 2 days ago Report
Link Quote Reply
Interested in advertising on Derpibooru? Click here for information!