Rainy Gryphon
@wootmasterflex
Don't forget all those cities are Democrat controlled and have been for decades. Sure is fascinating all the supposed anti-racist cities are the only ones with allegedly racist cops that need reformed. I did make a map overlaying both the Democrat population of counties across the country alongside where riots destroyed property and it was a perfect match. Almost like mainly one side is racist here, whether it be against white or black people.
Posted 12 days ago Report
Link Quote Reply
Background Pony #9830
@Filiecs

The solution to ignorance and hate is education and understanding. Not censorship. Censorship only works to ingraine hate further into our community.


This, goddamnit, turning Aryanne into a bullshit icon of free speech just plays right into /mlpol/'s hands and, really, into those of pro-censorship people as well. They've shown very eloquently thus far that they want there to be hatred and bad blood towards the people they don't like just as much as those who actually advocate for nazism.
Posted 12 days ago Report
Link Quote Reply 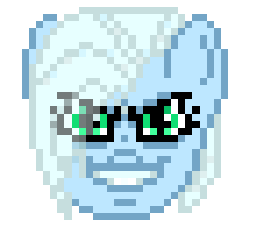 I agree, Democrats are shit too, and part of the reason why things have gotten this bad.
Posted 12 days ago Report
Link Quote Reply

The solution to ignorance and hate is education and understanding. Not censorship. Censorship only works to ingraine hate further into our community.


The best solution in my opinion would be for mods and admins to stay out of artists' way. It's not their job to forcibly educate people, nor is it their job to curate what people may want to see. Users can already curate what they [i]don't[/i] want to see and that's all that should be required. They're a niche pony art hosting website, not an activist group. They should stick to the former which is what they do best.

In my opinion this is proof blacks are NOT more likely to die.


Nitpick: since, as you said, this is extremely vulnerable to variance, it should probably not be taken as proof of anything. Now, the burden of proof is on the person making the claim, so your argument still stands. But if the burden of proof was somehow on you, this wouldn't work.
Posted 12 days ago Report
Link Quote Reply

@TheDrizzle404
Please provide said map. Also, have you made one for the republicans vs cops killing people?

No I haven't, but I can tell you it's far, far lower based on how people from either side act consistently.

I agree, Democrats are shit too, and part of the reason why things have gotten this bad.


Sounds like black people should stop voting overwhelmingly for them and their policies then. The power is yours.
Posted 12 days ago Report
Link Quote Reply 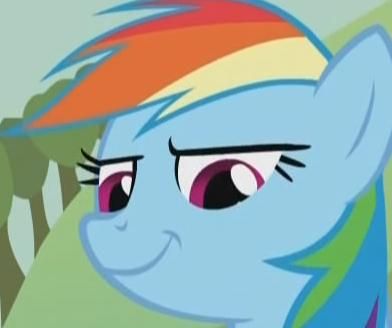 @TheDrizzle404
Yeah. I also think the current implementation is ideal.

The mods seem to feel that allowing 'positive' portrayals of Aryanne somehow equates abetting in the spread of actual white nationalism (even though there is no actual evidence of this). They also feel that as mods they have a responsibility to stop this supposed spread, which in my opinion is also somewhat misguided. They certainly have a responsibility to stop obvious hate in the form of personal attacks, spam, and ad-hominem, but I think it's incorrect of them to assume that their responsibility should go further.

So I'm just reaching out with alternatives that would potentially actually be productive (as opposed to censorship, which is counter-productive) at hindering the spread of hate, if that's what they really wanted to do. You wouldn't have to click on the links, but they would be there.
Posted 12 days ago Report
Link Quote Reply


Sounds like black people should stop voting overwhelmingly for them and their policies then. The power is yours.

If you're suggesting they vote for republicans instead that's like going from being kicked in the nuts to being thrown into an active woodchipper. The Dems are terrible but at the very least there's a chance they can be shifted towards actually progressive policies instead of lipservice.

@Background Pony #BB0A
Thank you. I'm not trying to deny there is a problem with cop deaths in the US, it's obvious to anyone when you compare their numbers to numbers in Europe for example, but it's very important to realize that the US also has a huge crime problem. According to the intentional homicide stats US has more murders than a country like Somalia. When the citizens are violent, the cops become violent. Don't put the blame just on them and please don't bring the racial card into it.
Posted 12 days ago Report
Edited 12 days ago
Link Quote Reply

Rainy Gryphon
@Filiecs
That's pretty much what Youtube did. Unfortunately sometimes the articles linked in those videos are propaganda themselves.


@wootmasterflex
Is that a fact? tell me, what sorts of policies have been shifted in the last 50 years under Democrat rule in those cities? For that matter, how about under Obama? Are you aware Trump's prison reform actually helped a lot of black people? Where was Obama's prison reform?

Lot of loyalty to a party that has never in history tangibly helped, and in many instances openly perpetuated racism. Affirmative action is nothing more than soft bigotry wrapped in a pleasant sounding shell. I can't imagine constantly being told by the people supposedly on your side that you can never amount to anything without their help.

All of that said, there's nothing stopping them from forming their own party, similar to how Scotland has their own Scottish party (SNP) they pretty much always vote for.

Nitpick: since, as you said, this is extremely vulnerable to variance, it should probably not be taken as proof of anything.

I agree, but isn't lack of proof also proof? If it's not possible to prove that the cops aren't racist by murder numbers, it's also not possible to prove they are racist. Ergo, we're all arguing on feelings and therefore should shut the fuck up and think rationally before starting movements like BLM or ACAB which demonize people and cause innocents to die.

In light of all of this, is it really any surprise to anyone that the topic is so divisive in our community and everywhere else? Opposing BLM does not make you a "nazi racist trying to worm their way in". Having that come from a mod is really saddening and rightfully so makes your community question the site's future. Please do what is best for the COMMUNITY, not what you think is best for YOU as staffers.
Posted 12 days ago Report
Edited 12 days ago
Link Quote Reply

That's pretty much what Youtube did. Unfortunately sometimes the articles linked in those videos are propaganda themselves.

I agree with what youtube did there. There is, in fact, a lot of misinformation on many (specifically medical) topics being spread around that lead to people risking the physical health and livelihood of themselves or others.
However I'd very much be interested in seeing an example of one of their articles that was propaganda as you claim.

Posted 12 days ago Report
Link Quote Reply
Background Pony #D37B
@TheDrizzle404
As much as I agree with you please don't take the bait. The only irl politics that needs to be brought in here is evidence regarding BLM being a violent/racist organization and similar issues which by its stated principles DB admins must take a side in, such as the racially-motivated murders in South Africa.

@Derwol
I remember when "innocent until proven guilty" was a guiding principle. Now the opposite is applied.
Posted 12 days ago Report
Link Quote Reply
Background Pony #CF28
@wootmasterflex

Yeah well guess what? It takes good cops to replace bad ones, but the good ones are quitting also, and not many are going to take their place because they know they're going to get lumped in with the bad ones and targeted for hate and maybe even violence by people who support the ACAB shit.
Posted 12 days ago Report
Link Quote Reply
Interested in advertising on Derpibooru? Click here for information!