bald hardy is gonna be so cursed
Posted 8 days ago Report
Link Quote Reply
Background Pony #0D07
AEW Dynamite was very Enjoyable this week, the only Negative was we couldn't get the "Kaze Ni Nare~!" in Minoru Suzuki's Entrance & the Match with Suzuki & Moxley should've been 5-10 minutes longer! :D

Agreed I'd would've cut out all of the recaps and challenges and just put those to Youtube.

I II II L
That Brock Lesnar/Roman Reigns/Usos/Paul Heyman segment was awesome. Why can't WWE put that amount of effort in every segment they do?
Posted 6 days ago Report
Link Quote Reply

I II II L
Whoever decided to bring Trae Young on the MSG SmackDown deserves a raise. Such a brilliant move. Trae Young is more of a heel in MSG than most of the roster.
Posted 6 days ago Report
Link Quote Reply

I II II L
That episode of SmackDown was easily the best WWE produced television show in over 2 years. Not a second of it felt like a waste of time.

The opening segment was awesome, the Trae Young stuff was a lot of fun, Rollins and Edge had a kickass match, the tag title match was fantastic as well, and the return of The Demon Finn Balor was such an incredible moment.

If WWE could produce shows like this on a weekly basis, maybe AEW wouldn't have the momentum it currently has. Because this episode of SmackDown was the best WWE produced television episode in a long, long time.

Dashie41 YT
Negan Guy
Seeing Smackdown back in MSG is a tear to my eyes Seth vs Edge awesome a Tag Team match never disappoints Brock Lesnar Reigns and Paul amazing but one biggest problem on Smackdown Becky and Bianca contract signing put me to sleep it was really boring watching it and ended up skipping it.
Posted 6 days ago Report
Link Quote Reply 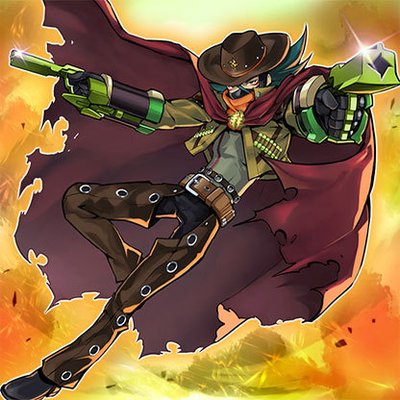 Nodqfan
I will say Sami bringing Trae Young out to troll the MSG crowd was hilarious as a Golden State Warriors fan.
Posted 6 days ago Report
Link Quote Reply

Dammit joe NXT was supposed to help you avoid that

I II II L
Some quick thoughts on NXT tonight.

Happy to see Bronson Rechsteiner make his debut. Don't know why WWE changed his name. I thought Rex Steiner was a badass name. That being said, I'm excited for him possibly feuding with Ciampa for the title.

I'm happy Ciampa is NXT champ again, but I don't know why Pete Dunne or LA Knight didn't win it. You know, since Bronson is likely going to win the belt in the future and ideally you would want him winning the title from a heel. My only guess is they want someone who's had held the belt before putting over the young guy.

Not really a fan of taking Kyle O'Reilly out of the match and putting in a guy that's never wrestled in NXT before. I know you want an influx of new young talent, but if you want your audience to resent the new guys, then that's a surefire way. That being said, I thought Von Wagner was impressive out there.

I really liked the wedding they did with Indi and Dexter. I thought it had the perfect blend of comedy and seriousness. It was goofy, sure, but I never thought it jumped the shark at any point. It was really well done.

Overall, I quite liked NXT tonight. I question some of the decisions put in place, like pushing new talent too fast too soon and Kevin Dunn's nauseating camera cuts, but I thought for a revamped show this was a good first outing.

Still the Worst
I knew this would happen.

If WWE goes out of business, you know who to blame. glares at anti-WWE smarks