Oh hi, Markdown. We are migrating the site to use Markdown. Existing posts are being converted. Click here to learn more.
Pony with care! Remember to tag images from or revealing story of the G5 movie with spoiler:my little pony: a new generation, and report any images of camrips/leaks for Rule 1!

Fluff Appreciator
@Penguin Dragneel
You can pay money to get currency to upgrade items that make you better at the game.
Posted 2 months ago Report
Link Quote Reply

Forest of Sin
@WyrmSpawN
As if I couldn’t care about it any less.
Posted 2 months ago Report
Link Quote Reply

@Penguin Dragneel
And small named employees vs a gigantic corporation. It required government investigation for this shit to come to life and for people to start telling their story, not a few outspoken members would would likely go nameless to avoid losing their job.

But why would they stay at a company if it’s that terrible?
Posted 2 months ago Report
Link Quote Reply

Money and stability for one. But it also may be that people threatened to ruin them if they left in a huff.

The gaming industry is close knit and word travels fast. Doesn’t take much more than some words from the big shots to get someone blacklisted in the bizz.

Happens in a lot of industries. Stir the pot, and risk never working in it again.
Posted 2 months ago Report
Link Quote Reply

Forest of Sin
@Cyborg_pony
Because it’s a big-named company and people need money to survive. Why risk not having a job and starve (as well as loved ones if others need your support) when you can stick with a horrible but somewhat stable job? And again, gaslighting, plus Stockholm Symptom. They are a thing, believe it or not. 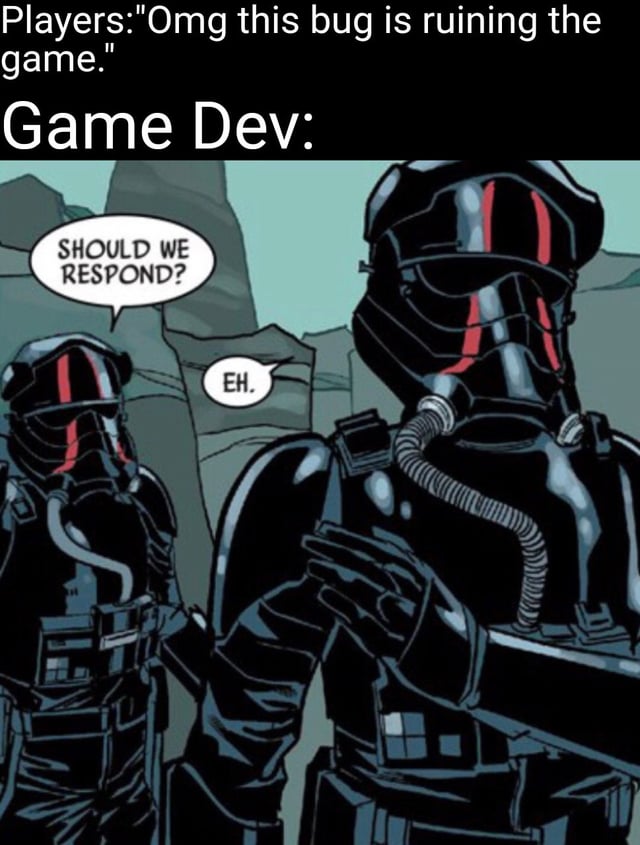 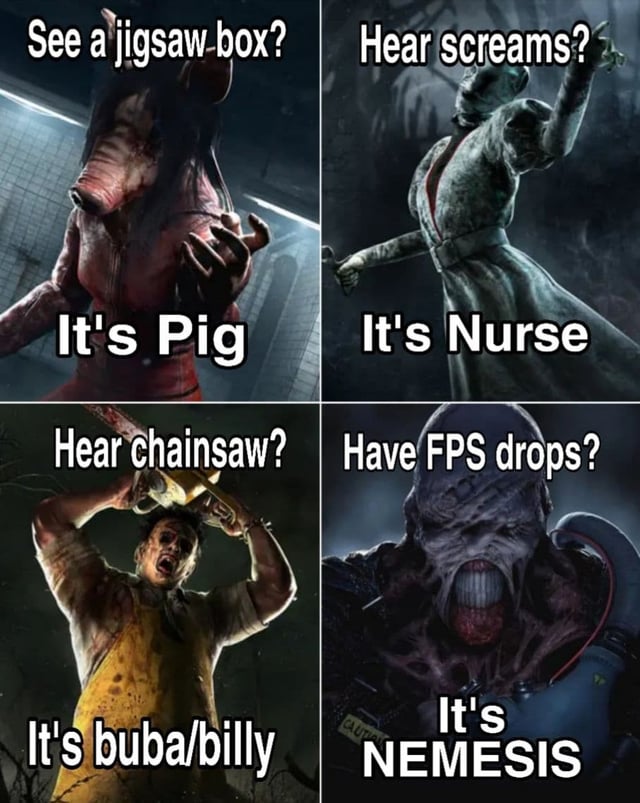 @Kiryu-Chan
Plus the contract also screw them over. They lose ownership of the game that made them famous and hand it over to the company where they do whatever they please. I believe last of us is one of those cases.
Posted 2 months ago Report
Link Quote Reply

Forest of Sin
Changes they’ll make in the Dead Space remake: Zach Hammond fakes his death and is actually the necromorph leader. Nicole makes a death/dead pun every sentence, hammering in that she’s dead. The Plasma Cutter is a peashooter unless you buy OP ammo with real money. Isaac speaks, but all his lines are painfully cliched trailer lines. All the necromorphs are humans with long fingernails and shout military movie quotes to make the game “inclusive.”
Posted 2 months ago Report
Link Quote Reply

@Penguin Dragneel
Seen others blacklisted for less, then again. It only takes one, then they start putting their friends in high positions. - And of course, speak out about on the Wrong person and your life is ruined.

The gaming industry is pretty fucked.

Never mind the fact that the original game was already a very tight 12 hour game to start with. Every weapon, enemy and location had a purpose. What the fuck you gonna cut? Roll several weapons into one uber weapon? Map several actions into a context sensitive “Awsome” button ala Dragon age 2?

The original still holds up graphically and gameplay wise. And you think you can make it better by stripping down the feature set and applying a new coat of paint? Fuck you.

Terminal Rex
Going Indognito mode..
Dead Space 1? Love it.
Dead space 2? Playable but pointless.
Dead space 3? Get that shit away from me.

Dead space Is my favourite horror game. It never shoulda been a series.
Posted 2 months ago Report
Link Quote Reply

I’m not sure if by cutting content that “doesn’t work” means applying the ICO logic in the next Dead Space game, which, on paper, sounds good. One of the reasons why I love ICO is because they have just enough content, just the essential features and that’s it.

However, I don’t know what stuff that “doesn’t work” is in the game, mainly because I haven’t played it, although I have it for Xbox 360.

I understand the logic of these news, but I hope there’s no “EA corporate decision” that would affect the remake as well as this intention of “subtracting design”.
Posted 2 months ago Report
Link Quote Reply

Glad I’m not the only one who’s a little leery of another Dead Space game. Unlike you, I enjoy Dead Space 2 plenty, and find Dead Space 3 fine gameplay-wise but really hate the story (The big reveal is that *the markers are an energy source, **really?!***). I disagree with the notion that Dead Space should’ve only been one game, but do agree with the contentions you have with the sequels, especially with the weapons.

I will admit that the Dead Space 3 launch trailer is pretty bitcoin’ though, and wish EA would release the cover of In the Air Tonight they used in it, however.
Posted 2 months ago Report
Link Quote Reply

Terminal Rex
Going Indognito mode..
@Ebalosus
I finished dead space 1 on impossible over a dozen times just to max out every weapon and suit. It’s the game of my teenage years.

Dead space 2 was ok. Finished it almost as much as One but resented the growing reliance on action and Michael bay pyrotechnic set pieces. The scariest part of that game was the return to the Ishimura.

Deyamn. I only beat Dead Space 1 three times to get all the achievements, including I believe the one where you beat the game on impossible using only the plasma cutter. I’ve only beat its sequels once each however.
Posted 2 months ago Report
Link Quote Reply

I mean the flamethrower sucks at the best of times, so I can see arguments for it being cut.

I don’t want it to be cut instead of reworked so it isn’t figuratively useless indoors and literally useless during spacewalks, and I’m pretty sure that’s not what they’re planning when they are putting things up to be removed, but I can see that one thing going without fuss.

Pretty sure the Markers being an infinite energy source was revealed sometime before 3. I don’t think in 1, I’m pretty sure but not certain in 2, but definitely at least in supplementary material before 3.

Forest of Sin
@Ring Team
Honestly, the tentacles could be cut with no problems in my opinion. They aren’t fun and ruin the flow when you die multiple times due to those damage sponges wasting your ammo and time.

@Ebalosus
Terminal Red seems to think that games shouldn’t go past the first game, considering he holds the same view with Mass Effect. Unlike Valve, he refuses to acknowledge any number past 1.
Posted 2 months ago Report
Link Quote Reply

Monado User
@Meanlucario
To be fair to the first Mass Effect it’s flaws are very aparant. The Planets you visit are all the same planet. Not only that but you can beat the majority of the game without getting upgraded and using the pistol.
And the worst part of hte game comes in Mass Effect 3.

I do think ME2 is the better game.
Posted 2 months ago Report
Link Quote Reply

Forest of Sin
@igotnopicks
I mean that Red says that ME should have stopped at 1.
Posted 2 months ago Report
Link Quote Reply
Interested in advertising on Derpibooru? Click here for information!